Ekobits Academy, a Lagos-based school is transforming youths from ‘Lekki slums’ through ICT and digital media 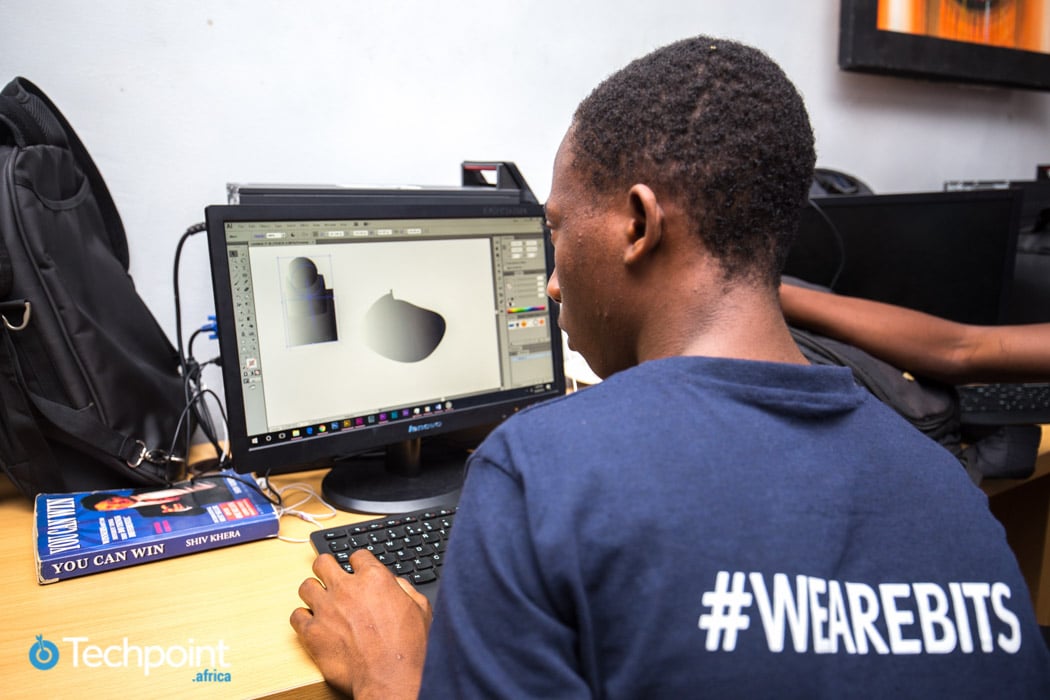 Bordered on the west by both Victoria Island and Ikoyi; two of Lagos State’s most affluent neighbourhoods, Lekki has bragging rights as a home of the rich in Lagos.

A Google Map of Lekki

Even though still largely underdeveloped, the natural peninsula in Eti-Osa local government boasts some of Nigeria’s most expensive real estate in its environs. But in the midst of all this splendor, Lekki hides a well kept secret; some of Lagos’ nastiest slums.

Because of its largely developing state, Lekki’s affluence sits beside equally shocking squalor.

These slums have the same characteristics as all others in denial of access to opportunities for its citizens; electricity, education, etc.

Youths are a large part of Nigeria’s population and this makes them the highest demographic in these ghettos.

Ekobits Academy, a Lagos-based school is looking to transform the lives of youths from underprivileged backgrounds through ICT and digital media with a current focus on these Lekki slums.

Signpost of the Ekobits Acadamy

The academy was formed in September 2016 by Oxfam International and Poise Nigeria as a non-profit entity. According to Innih Ikhide Project Manager at the academy;

“We discovered many young people from these places want to be educated and empowered but are hindered by environment and background. Most of them simply are not able to afford the opportunities.”

After a rigorous sensitisation process, select youths from these areas aged 14 – 25 with a secondary school leaving qualification are admitted into a 12-month programme free of any charge.

The Ekobits Academy is physically located in a part of Pinnock Beach Estate in Lekki. In an elongated hall-styled room, training is ongoing on Web Design and Development, Photography, and Graphic Design.

Training manager Bart Inyang says students have to be eased into the flow as most are relatively new to computers.

“They [students] are first introduced to computers, then later the basics of graphic and web design. After a while, they specialise in chosen aspects — design, web design or photography. This 3-course model allows them properly understand lessons and classes.”

Because of this unfamiliarity, Innih says a stringent selection is applied and necessary to reduce dropout rates.

“It is very difficult to move from a complete ignorance of the working of a computer to near mastery in one year. So it is essential that only dedicated students are admitted into the programme.”

The first course lasts 8 weeks and teaches fundamentals and in that time students are graded on projects, assignments, attendance and general good behaviour. The best are moved on to the more rigorous second track for 22 weeks.

From the second course they all move to specialisation.

Before Ekobits, 17-year old Blessing Chuwang says she could not turn on a computer.

“There is a saying that a good student gets better than his or her teachers. I want to be better than my trainers and better than those they look up to. I want to keep getting better.” — Blessing Chuwang.

“When I came here, I saw new things, softwares and learnt new skills. I can now also communicate clearly and concisely with people.”

Like Blessing, Richard Asuquo is 17, but confidently calls himself a graphic designer and photographer.

“I have always dreamed of a perfectly ‘normal’ life, but being exposed has taught me to think way outside the box and see life differently.” — Richard Asuquo.

“I am skilled in both. One other important thing I learned here is politeness and good mannerism.”

More than 50 students have graduated from the academy since its inception and 85% are in freelance and full-time paid employ. The academy also provides students with internship opportunities.

Like every other acquired knowledge, digital skills can — and will — be forgotten without consistent practice. Most alumni do not own computers and did not get jobs straight out of the academy.

How is Ekobits helping with knowledge retention?

Innih says the academy has a 7-computer centre where alumni go to practice and even freelancers are allowed to work from there. He says the best also tutor new entrants.

After graduating from the academy’s design school in 2017, 25-year old alumni Lucky Twonzouwei occasionally comes in to tutor.

Alumni, Lucky Twonzouwei occasionally comes in to teach design at the academy.

“When I finished, I undertook a 3-month internship. Now I run my own media company and also have a freelance content creation job. Currently, I am sitting in for the motion design trainer and teaching the students Premiere Pro.”

A coding class of 10 had only 2 girls who were unaware it is a problem they are 1/5th of the population.

A 10-person coding class in the shed.

The general class had more girls, but like most digital inclusion efforts in Nigeria, the Ekobits Academy is suffering from a gender imbalance problem.

Innih says this is one of the major challenges they face.

“Gender equality is very important in digital inclusion, and we try to keep it 50-50 but the girl child in Nigeria has been made to believe that ICT isn’t for her. And even when they eventually join, their parents pressure them into dropping out. We intentionally enroll more girls than boys, but at the end, there are still more boys.”

In its sensitisation drives through target neighbourhoods, Innih says they work at educating girl children and their families on the opportunities abound in ICT and related careers.

As morale boosters, the girls also get speeches, mentoring sessions and attachments to successful women in the ICT and technology field.

“With time, more effort and sensitisation than is currently being put in, this gender inequality problem will go away.” Innih prophesies.

Apart from gender inequality, the Ekobits Academy is swamped with typical challenges. With unplanned vacancies being one of them.

Sometimes a student drops out too late to be replaced by another.

“When the Otodo Gbame community was destroyed, 2 of our students coming from there had to discontinue and by then they were in the third course. They could not finish and we could not fix new students in.” Innih says.

Otodo Gbame was one of the slums in the Lekki area of Lagos State. It was razed and demolished while locals were forcefully evicted.

Students are also encouraged to further their education and sometimes they are admitted into tertiary institutions at a moment’s notice.

Ekobits currently has a 2-year funding lifeline that expires in 2018, but with its impact, the show is expected to go on. According to Innih, the academy is working at self-sustenance models like charging for training and services.

This has not been easy.

“People already see us as a non-profit so they do not understand when we come offering paid services. So maybe we could build out another entity that will be primarily focused on this and other sustainability efforts.”

Lekki is not the only place that Ekobits is needed or wants to be. According to Innih, they have been in talks with some other states in Nigeria.

“Everyone wants a digital inclusion programme in their domain but training a large number of people free for a whole year is a financial feat. A lot of people back out after they see a proposal.”