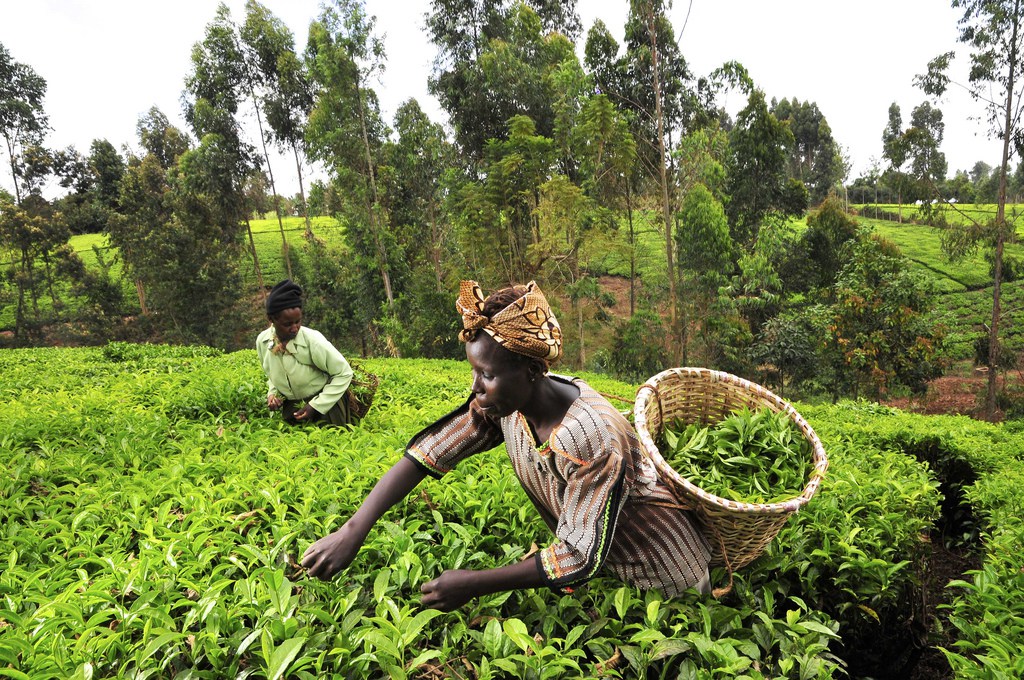 Prior to the oil boom in Nigeria, agriculture was the major source of foreign exchange. Monuments like the Cocoa House in Ibadan, which was built with proceeds from agricultural produce, still stand today.

But the focus has since shifted to oil, with the agricultural sector suffering some sort of neglect. As of 2016, the sector contributed 24.4% of Nigeria’s Gross Domestic Product (GDP).

Nigeria’s agricultural sector has a lot of potential within its value chain and over the years, companies have been making efforts to cash in on the immense opportunity. One of such companies is Tingo Mobile, a Nigerian smart services company that has built a system to accommodate the entire agricultural value chain in Africa.

The co-founder and CEO of Tingo Mobile, Dozy Mmobuosi in a chat with Techpoint, reveals that Tingo’s online platform — Nwassa — is a bridge to connect African farmers to the rest of the world.

“Our goal is to enhance the entire value chain by bringing every player under the same umbrella,” Mmobuosi says.

Nwassa, which was launched in January 2019, is a holistic platform that attempts to connect every player in the entire agriculture value chain. The platform allows farmers to sell their farm produce in large quantities to buyers within and outside Africa.

Nwassa currently processes less than 500,000 transactions daily within the entire agricultural value chain. This figure is expected to grow to 2 million by September, 2019.

On the possibility of recording almost half a million daily transactions within 4 months of launching, Mmobuosi reveals that the new channel is riding on Tingo’s agriculture platform which has been serving the sector since 2013 using Unstructured Supplementary Service Data (USSD).

Prior to launching Nwassa, Tingo has worked with a database of more than 9 million players in Nigeria’s agricultural value chain: ranging from farmers to agricultural extension service providers, logistics partners among others.

The company has also distributed over 9 million Tingo-branded mobile devices to these players over the years. The devices, for which repayment is spread over 36 months, are provided to ensure beneficiaries are better-positioned to access appropriate content, extension services and general communication within the value chain.

According to Mmobuosi, the contract for the current set of devices will be elapsing towards the end of the year, ushering in a new distribution phase.

The last distribution phase was done in partnership with the Federal Government of Nigeria. The next phase will basically be from a private sector standpoint, as the present government didn’t renew the partnership after taking over in 2015.

Worthy of note is that the initial partnership does not involve funding; the government only gave the company access to a certain database while allowing Tingo to ride on some government initiatives.

Beyond Nigeria, Tingo is also servicing other West and East African markets like Rwanda, Sierra Leone, Liberia, Ghana among others. The company has successfully distributed more than 3 million mobile devices for people in the agricultural value chain in these markets as well.

Tingo claims that it’s been able to cut down on post-harvest loss in the market within the last six years, through its extension services, while also securing off-takers for farm produce before they are harvested.

With Nwassa, which can be considered to be a spin-off Tingo’s activities in the agriculture sector over the past years, all farmers need to do is list their produce and make sure they are ready. Tingo and its partners, on the other hand, handle every other part of the business, from logistics to payment and warehousing.

Tingo’s in-house analysts advise the farmers on the best price to sell their produce, the farmers get notifications about orders via SMS. All transactions on the platform are powered by TingoPay — it’s in-house payment channel that’s pre-installed on Tingo mobile devices.

Tingo gets brokerage from sales on Nwassa and there are plans to introduce a subscription model for bulletin and messaging on the platform soon.

To enable it cater to logistical needs, Tingo works with local and regional logistics partners. These partners take care of packaging, transportation and warehousing, among others

This means farmers only have to worry about their farming activities while Tingo takes care of every other thing from the point of harvest.

Currently, Nwassa only caters to companies and people buying farm produce in large quantities but according to Mmobuosi, the platform will be opening its retail channel in May, 2019.

Interestingly, the retail channel will be powered by the over 9 million players on its Nigerian system, which includes over 3 million organised Nigerian farmers and over 3 million stakeholders from its other African markets.

To further power its retail channel, Tingo is currently in talks with micro-finance banks in Lagos that will be giving credit facilities to individuals to buy farm produce on the platform. This is expected to materialise by May, 2019 as well.

The credit facility is expected to be extended to other parts of the country as well as its West and East African markets in due time.

Mmobuosi affirms that serving the retail segment will ensure that people can buy farm produce directly from the farmers, thus reducing rates since they will be bypassing the middle-men.

The next phase for Nwassa

Aside the target of 2 million daily transactions within the next 5 months, Tingo is also eyeing the Southern Africa market with the belief that agriculture has the potential to lead Africa out of poverty.

In the next couple of years, Tingo envisions Nwassa to be a one-stop shop for African agribusiness while also continuing its drive to connect the African agricultural market to the rest of the world.

Its expansion to the Southern Africa market, as well as the new distribution phase of its branded devices, is expected to set the company and its agriculture platform on the right path to adding the needed value to the sector.