In conversation with Tosin Ajibade, founder of Olorisupergal 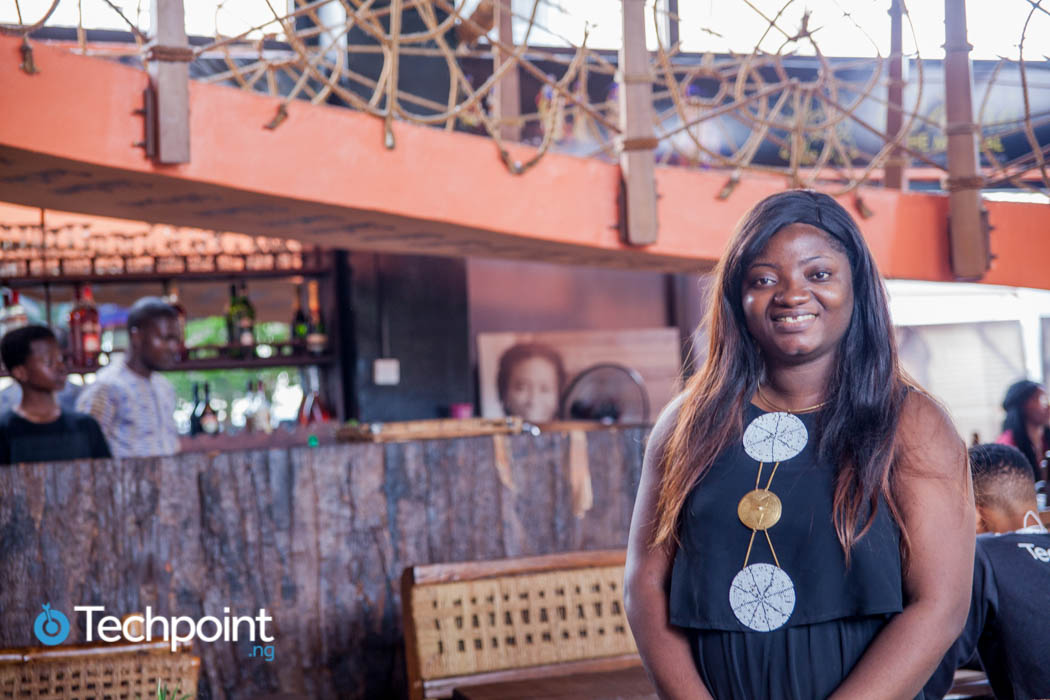 With the proliferation of technology came social media, where thousands of news stories drop every second. Twitter users post about 6000 tweets per second, about 500 million tweets per day. An average of almost 55,000 Facebook posts are published per second with about 1.18 billion active users per day. While 769 photos are uploaded to Instagram every second.

From this fast-paced media, Tosin Ajibade carved a niche for herself. Tosin is the Founder of Olorisupergal and Convener of the New Media Conference (NMC).

She is a graduate of Accounting and Media Enterprise from the Lagos State University and Pan Atlantic University respectively. Over the years, Olorisupergal has amassed thousands of following on social media making it one of the top go-to places for news, celebrity gossip, fashion, and lifestyle.

In this interview with Techpoint, the award-winning lifestyle and entertainment blogger shares her journey to building the Olorisupergal brand.

Titilola Oludimu for Techpoint (T.O): I read somewhere about your stint in the music industry, tell us about that.

Tosin Ajibade (T.A): (Laughs) Those were times of self-discovery. I was in the choir at the time, so it wasn’t like I was trying to sing like VicO or Speed Darlington. I just wanted to use my vocal prowess and discover myself in the process. I sing alto and treble.

I auditioned for the MTN Project Fame and sang Amazing Grace but unfortunately, I got a NO. I was so disappointed.

It was about the time Lami Phillips came to Nigeria and was looking for backup singers. I applied for that too but I was not picked.

Years later, the organisers of Project Fame invited me to the academy for sessions with the contestants on two seasons of the show. So it panned out well eventually.

T.O: How did you start Olorisupergal?

T.A: Olorisupergal started nine years ago with a passion to put out information on social media. I was in school and working as a front desk officer at Laff Mattaz Incorporation owned by Gbenga Adeyinka the 1st. I left eventually to complete my education.

After school, I worked at several other media houses such as Black House Media, Netng and Acada Magazine. So I was posting on Facebook– the major social media platform back then– in between handling my 9 to 5.

I took it a step further in February 2010 when I started my blog on Blogspot — Olorisupergal.blogspot.com– where I posted information on entertainment, events, and fashion. Then, you were either a Bella or Linda Ikeji so I had to define who I am to stand out.

After two years on Blogspot, I moved the blog to .com and launched our YouTube channel. I made that move because I needed people to take me seriously.  So far, the company has grown from one person to eight people.

T.O: As you said, we had Bella and Linda Ikeji when you started. What strategies did you have to put in place to stand out?

T.A: You cannot exactly teach those strategies because it is who you are.  So first of all, I had to be myself. Some people get away with leading fake lives and it works for them but I would rather not be caught in a lie. The pressure to be fake is great but I have learnt to manage it and stay true to myself.

T.O: How was starting your own business like albeit it started as a passion?

T.A: It was frustrating and challenging. I thought of giving up many times but I got positive feedback that made me stick with it. I wasn’t making any money and the business had no plan or structure.

Internet subscription was so expensive. I didn’t even know I could make money out of it until later. I stuck with it, because of the passion I had and before long, I started getting referrals.

T.O: What services does Olorisupergal offer?

T.A: Our strongest point is social media. Asides that, we have the website and the TV arm which has 3 segments– events, interviews, and rants. We do PR as well and we have travel accounts — OSG travels and Travel Africa Story. We also have the Vitiligo Campaign and the New Media Conference (NMC).

The travel arm started in 2014 when Arik Air contacted me to join them for the launch of their Dubai route. I used the hashtag #OSGtravels during the launch and after, so it became an account that focuses on global travels– culture, art, food and the likes while Travel Africa Story focuses on Africa.

I got the idea for the vitiligo campaign when I stumbled upon the story of Annie Harlow, an award-winning American model who has vitiligo. Her story moved me so I decided to discover Nigerians with vitiligo and create awareness.

We put out a post on vitiligo and we got massive feedback. Then we did a proper campaign. It has become a yearly campaign. Interestingly, several international celebrities have vitiligo but they cover it up with makeup. Even Michael Jackson had it.

The idea for the New Media Conference came in 2015 after a masterclass session at the Social Media Week. I sat in my car and thought about the overwhelming feedback we got after the 30-minute session.

Then I got the idea for a similar event that we can call our own because Social Media Week is an international franchise. I called my lawyer and we started the legal processing. We registered the conference under CAC and started working on the brand. Then the idea came to life.

T.O: How was the feedback from the first edition?

T.A: It was awesome. It was interesting to discover that people crave to do more but they do not know how. The days when beneficial conferences were only held outside Nigeria are gone. NMC is bridging the gap and giving more people a chance to learn more.

We had a better edition the following year. We learnt more and gained more experience that will aid planning for subsequent editions.

T.A: We get our sources online. We have several sources such as media houses–CNN, TMZ among others– and from TV. Ultimately, it’s about understanding what your audience wants.

T.O: I noticed that your website is not as active as one would expect, why is that so?

T.A: There are numerous websites these days and the only way you can retain your audience is by giving them exclusive content. But right now, with our work structure, we do not have sufficient hands to manage it efficiently. We are still trying to look for a balance.

T.O: So far in your journey, what is your biggest challenge and what are you doing to tackle it?

T.A: My biggest challenge is running a business. I’ve asked several business owners and they are facing the same challenges. I want the perfect team, I want the guy that left EFCC on my team but it is not easy.

Staying relevant, creative and fresh are huge challenges. We have to take up courses, read up articles online and on social media to keep abreast of what’s happening. Keeping our finances right is also a challenge. So generally, running a business is a challenge.

T.O: What are the hardest things you’ve learnt about doing business in Nigeria?

T.A: Avoid mixing business with friendship. I learnt that the hard way. Also, follow the slogan “payment before service” to the letter. If you don’t, you would end up wasting resources to get your money back and it is not worth it.

If I could start all over, I would get my finances and structure right and definitely get money before taking up any job.

T.O: What advice do you have for budding womenpreneurs especially those interested in social media?

T.A: Be focused and know what you want. People go into the social media business for several reasons but you should focus on growing your brand and creating value. Define early on what you want to be known for and stay away from pursuing unnecessary popularity.