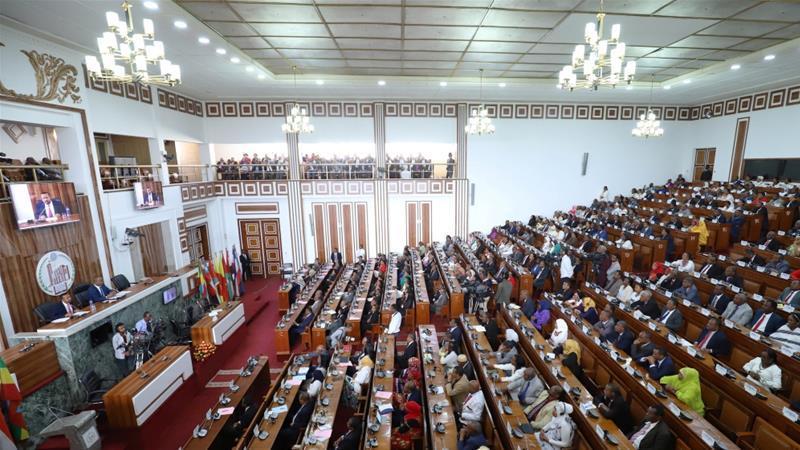 In recent times, the popularity of social media has invariably led to the wide and uncontrolled spread of questionable and unverified information. This has attracted the attention of regulators citing instances of fake news and hate speech.

Seemingly in response to the increasing voices of their citizens, last year, outright shutdowns were recorded in several African countries such as Chad, Democratic Republic of Congo, Gabon, Mali, Uganda, Algeria, and Zimbabwe.

Suggested Read: Benin Internet shutdown is yet another reminder that African governments don’t get digital rights

In other cases, some forms of Internet censorship were employed such as Uganda’s social media tax, Tanzania’s $900 annual blogger licence fee, among others.

In Nigeria, two bills — the hate speech bill and social media bill — are currently under review in the National Assembly and have been met by widespread controversy. Two of Africa’s major markets, South Africa and Egypt, are also not left out.

For the East African nation of Ethiopia, about two cases of Internet shutdowns occurred in the month of June 2019, in what has been a recurrent trend as the country battles with political instability.

Last week, Ethiopia’s parliament passed a law punishing hate speech with heavy fines and long jail sentences. The law named the Hate Speech and Disinformation Prevention and Suppression Proclamation was voted for by nearly 300 legislators, with only 23 votes against and two abstentions

Hate speech, according to the new proclamation, refers to any rhetoric that fuels discrimination against individuals or groups based on their nationality, ethnic and religious affiliation, sex, or disabilities.

According to the law, disinformation is defined as any speech that is false, disseminated by a person who knew or should reasonably have known the falsity of the information, and is highly likely to cause a public disturbance, riot, violence or conflict.

The law permits a fine of ብር100,000 ($3,100) or a three-year jail term for any person found guilty of disseminating hate speech on social media or any other broadcast media.

According to the new law, if such hate speech results in an attack on a person or group, or results in violence and public disturbance, then a rigorous punishment of a five-year jail term will be meted out to the offender.

Liking and tagging such content is, however, not regarded as dissemination according to the new law.

This legislation comes just a few months before the upcoming general elections as Prime Minister Abiy Ahmed states that he expects Ethiopia to have free and fair elections come August 2020.

Social media and the spread of (dis)information

A study (PDF) by the United Nations Educational, Scientific and Cultural Organization (UNESCO) points out that while the age of social media has impacted the spread of information positively, concerns about its misuse are increasing as little effort is required to generate and spread disinformation.

However, despite a seemingly widespread agreement of the notion of fake speech, a problem persists. To what extent can hate speech be curbed, without hindering free speech amongst its citizens?

UNESCO’s study on elections and media in the digital times cites that terms like fake news have largely been politicised with actors misusing it as an accusation against critical journalism.

Also, a recent publication by the Kofi Annan Commission on Elections and Democracy in the Digital Age posits that while social media could potentially be beneficial for the development of democracy, in its current form and use, it might be impacting democracies negatively.

In fact, the commission called for world governments to protect democracy from digital platforms given the rise of peer-to-peer encrypted messaging such as WhatsApp, fake videos (deep fakes), and the rise of election interference firms like Cambridge Analytica.

Protesters against the Social Media Bill in Nigeria

Besides Africa, other world governments are still coming to grips with the menace of disinformation on social media.

According to a report,  the European Commission has warned big tech companies that they will face tougher rules and penalties in Europe if they do not curb hate speech and disinformation on their platforms.

Ridwan Oloyede, a legal practitioner on cybersecurity and data protection, argues that the use of such laws to rein in free speech on social media by most African governments is never well-intentioned.

“There is hardly any real data to support that it fixes the real or imaginary problem they are trying to solve,” he says.

For him, when taking a look at most laws on hate speech you will be hard-pressed to find a transparent measure to discern who determines what’s offensive and what elements actually constitute the crime.

Apart from Ethiopia’s hate speech law, Nigeria’s social media and hate speech bill is a telling example of this.

In an earlier piece, we pointed out how the bill’s ambiguity and how the relative nature of “truth” and “falsehood” could leave everyone at the mercy of the government’s interpretation.

Suggested Read: Everything you need to know about Nigeria’s Social Media Bill and what you can do about it

“I think at the end, the idea should not be to regulate speech,” Oloyede insists.

“More often than not, there are existing laws that already put safeguards and define limits of what is acceptable. The consistent enforcement of those laws is a fine spot to start,” Oloyede posits.

Oloyede points out that while the problems of deep fakes and several others exist, other countries are starting to put frameworks in place to combat online harm as well as regulatory measures by some platform owners.

Seemingly taking cognisance of such activities, Twitter recently banned all forms of political advertising but few other platforms are attempting to do the same.

By way of recommendation, Oloyede calls for stronger and transparent collaboration between Internet platforms and regulators but he believes the onus is on the regular Internet users.

“We cannot as a society entirely outsource the regulation of speech to either the regulator or the social platform, but it must be done by both parties with sufficient transparency,” he says.

“The most important step remains responsible use of the Internet by users,” Oloyede concludes.

Considering that most African governments have less than stellar records when it comes to human rights and considering the apparent costs this may have had in 2019, it might be time for a rethink in strategy.