Be prepared for the demise of Windows 7 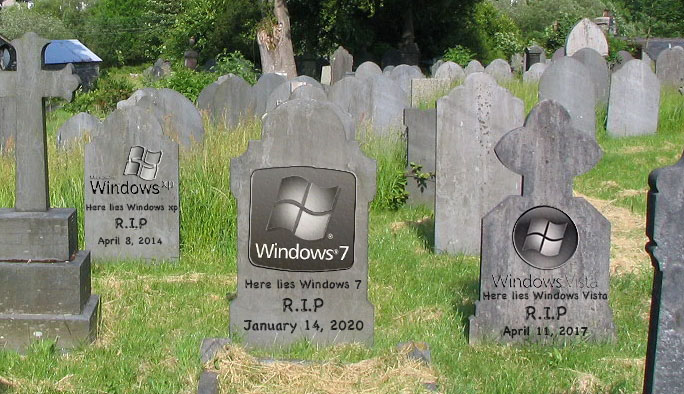 Microsoft has announced that the extended support of the Windows 7 operating system would be terminated in 4 years. Although the mainstream support ended in January 2015, an extension of 5 years, which provides security and technical supports to users was given. Unfortunately, that will also end soon.

Windows made it clear that the extension support protects users of Windows 7 OS from malicious attacks, hackers, viruses or any form of internet spyware, that could corrupt their systems. However, when the extension support is terminated, users of Windows 7 risk exposure to harmful malware , which could wreak damage on the OS and sabotage its performance. Therefore, it is advisable that Windows 7 users upgrade their OS before its death  on January 14, 2020.

This is quite sad because the Windows 7 OS is one of the most successful works of Microsoft which has been widely accepted. According to the operating system market share, Windows 7 has the largest percentage of world users.

Windows 7 has the largest percentage of users worldwide

Windows further explained that certain devices, such as printers, may lose their compatibility with the Windows 7 OS as many hardware manufacturers no longer provide its drivers.

“Many hardware manufacturers no longer provide drivers for Windows 7, which means that modern peripherals such as printers are no longer recognised”

Lovers of Windows 7 would agree that apart from being incredibly easy to use, the OS is also quite enjoyable. Although Microsoft had subtly registered that Windows 7  would meet the same fate as Windows XP and Vista, when Windows 8 and 10 OS were launched, the sudden announcement of its impending demise is one the world may not be willing to accept.