Why agro-crowdfunding platform, Thrive Agric is defaulting on payments despite insured operations 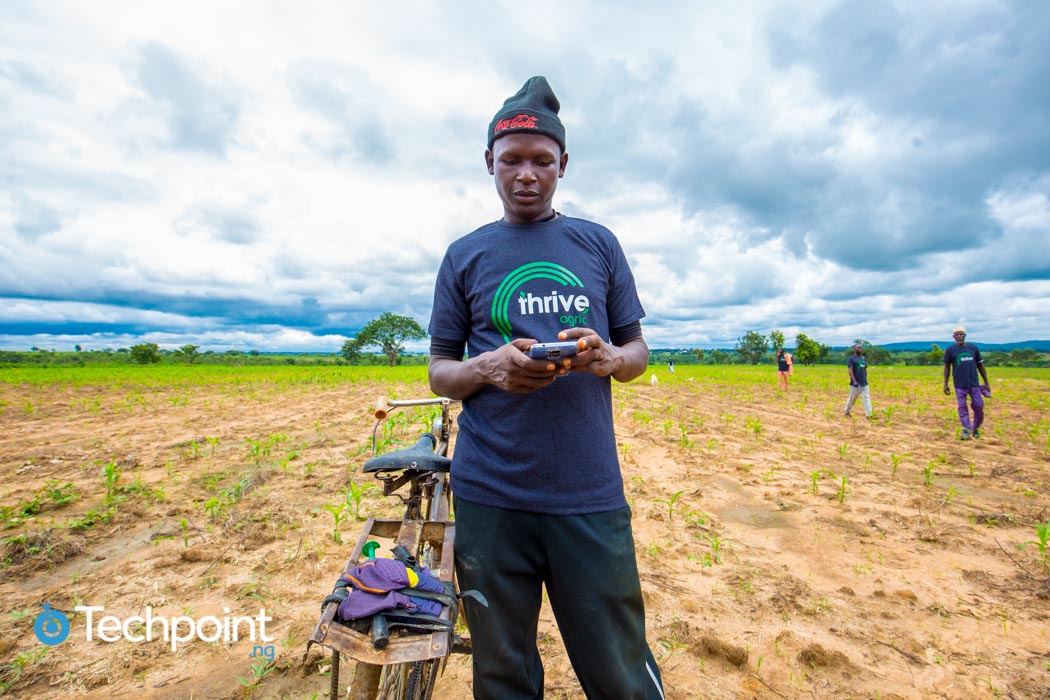 In May, Nigerian agro-crowdfunding platform, Thrive Agric, came under scrutiny after being accused of failing to pay its subscribers.

But it’s best known for its consumer-centric approach. The startup makes it easy for customers to fund farms and promises to give them profitable returns within a stated period, usually between 6 and 9 months.

This value proposition is what got the startup the backing of the likes of Abuja-based early-stage VC firm, Ventures Platform Fund; and US-based seed-stage accelerator, Y Combinator. Consequently, they built a name for themselves among consumers as a trustworthy agro-crowdfunding platform.

Up until April this year, the company prided itself in keeping its promises; therefore it came as a surprise when a lot of complaints started surfacing.

Techpoint Africa reached out to Eje, the startup’s CEO, at the time and while addressing the issue, he attributed the payment problems to the pandemic and offtakers. He also said investors understood that the company was working to resolve the complaints.

“A challenge we have had to face in recent times has been managing delays of our off-takers in paying for goods delivered. This operational challenge has caused temporary delays in paying a few of our users; so what we did was to be transparent and then commit to a time period for the payments to be made. It’s really been heart-warming seeing their reception and total understanding,” he said.

Well, that doesn’t seem to be the case six months later.

Increasing cases of defaults in payment

Although the three-year-old startup claims to be transparent in communication, many subscribers have recently come out to accuse the startup of being silent since they started dealing with these issues.

Chinyelu Chidozie, a Thrive Agric subscriber, narrated his ordeal in a Medium post. According to him, he heard about the company’s issues sometime in May or June. Still, he thought the temporary delays would be sorted out just in time for his investments to mature between September and December.

But he got a call from the platform stating that his payouts would be delayed a week before the first of his investments matured.

Like Chidozie, other subscribers got similar information about late payments in September.

Then things got worse.

Subscribers claimed that while this happened, the YC-backed startup began avoiding questions about their payments on social media, even going as far as deleting comments about the issue. But following a series of threads and outbursts from subscribers, Thrive Agric was forced to communicate.

Akin to what the CEO told us in May, in a mail sent to its subscribers, Thrive Agric blamed the COVID-19 pandemic, subsequent lockdowns, and offtakers for its struggles.

Additionally, subscribers would have to wait for not more than two years to receive their returns on investment.

“Payments will be made in order of the maturity dates of the original farm subscription, but no more than 12/24 months in arrears. We say 12/24 months because it will take full farming seasons for the business to fully recover and we prefer to make a promise we can confidently keep,” an excerpt from the mail read.

Facing more heat from subscribers after the outrageous news, the startup released a statement on Twitter.

By now, you may be aware that payouts for some farm subscriptions are delayed. This is an unfortunate outcome of the COVID-19 pandemic and its consequent restrictions on physical access to farms and farming markets.

But having reneged on many promises, the company might have completely lost the trust of its subscribers, some of whom just want their capital; they are also asking questions about the insurance policy the startup claimed to have in the first place.

What’s the role of the company’s insurance in all of this?

In the About Us section on the company’s website, Thrive Agric writes a warm message to its subscribers: You are covered, most assuredly.

“We are always protecting you and the farmers from uncertainty in yield. All our farms are fully insured by Leadway Assurance and in the case that farms get infested, unusual mortality rates or any other unfortunate events, your capital is insured,” the message reads.

This begs the question; why can’t the agro-crowdfunding platform at least return its subscribers capital?

@thriveagric , u said capital is insured in case of losses, y are u not contacting ur insurance coy for those whose harvest resulted in a loss rather than asking us to pay? You have lost ur integrity! #ThriveAgricPayYourInvestors #ThriveAgricPayup

The pandemic took most businesses unawares, but one would’ve thought the startup’s insurance policy would cover any damages during this period.

However, according to Eje, Leadway Assurance doesn’t cover the losses incurred due to activities before and after farming. In Thrive Agric’s case, this translates to a delay in getting produce to farmers and off-takers who didn’t pay up on time.

“What Leadway covers is the activities from when farming commences. And if for instance, there’s mortality on the farm, Leadway will cover that.”

Leadway Assurance, on the other hand, claims that it doesn’t cover any of that if it’s as a result of the pandemic. Information on the insurance company’s website says,

“Note that loss or damage to the insured crops or livestock or poultry or farms directly or indirectly attributable to or caused by the adverse consequences of the outbreak of the COVID-19 pandemic which in turn affects the management or operations of the farm is not covered by the policy.”

With no end in sight to this ordeal, Thrive Agric recently released FAQs addressing key issues around the payout delays. However, subscribers are fed up and are counting down to the day they plan to take legal action against the company if they don’t get paid soon.