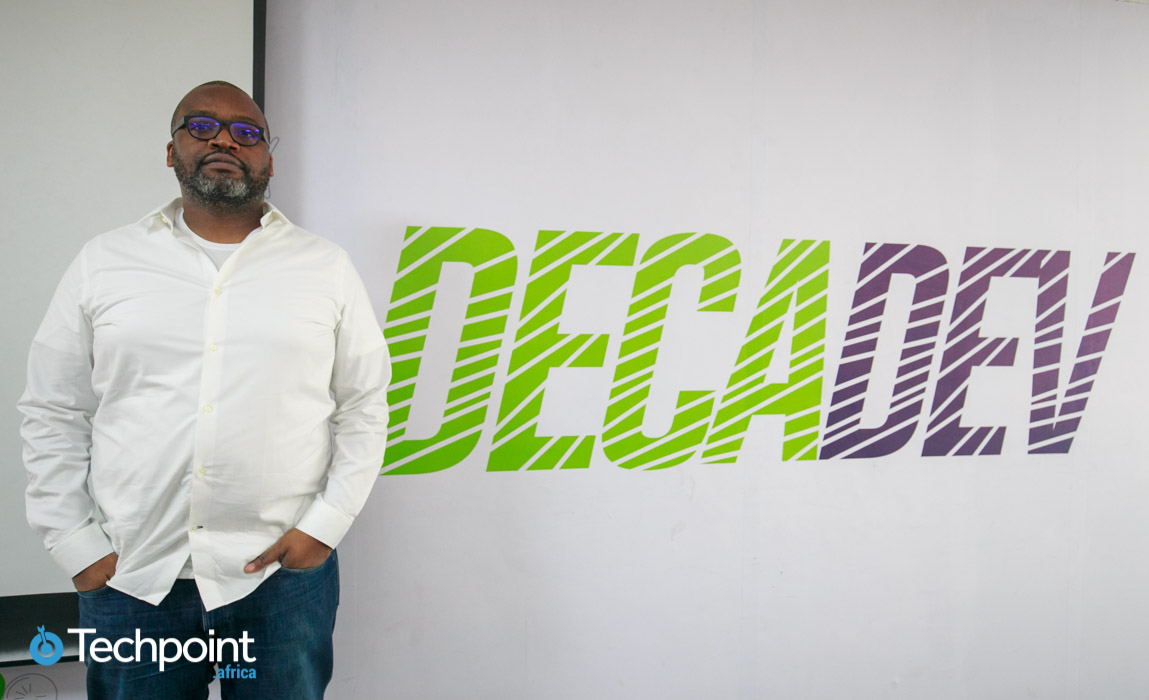 Following the digital disruption that occurred across various industries in the last decade, it is apparent that some skills are more in demand than others.

For instance, seven of the top ten companies in the world are digital companies, and even more establishments now aim to incorporate digital practices. This transformative trend has resulted in an increased demand for people with related competencies that can fit into several roles.

Although building a career in the tech space can be quite demanding in terms of resources, there is now an easy way to do so. Decagon Institute has developed a platform that allows talented individuals to get software engineering skills without going through the hassles of funding the process themselves.

Founded and funded by Chika Nwobi who has been involved in the tech ecosystem for two decades, most of which were spent investing and accelerating ventures and startups, the initiative seeks to resolve Nigeria’s under-representation on the global scene and build a sustainable system for people to launch their digital careers.

Now investing in talents, Nwobi resolved to focus on Nigerians for logical reasons. To him, the unemployment and underemployment challenges in the country have become problems both the government and individuals are trying to solve. But the infrastructural requirements to achieve this for some sectors — say agriculture — have limited the expected impact on a large scale.

Nwobi thus presents Decagon as a solution — providing employment within a short time — by creating access to trainers, and also meeting needs in terms of tools and connections that will assist brilliant people to meet global requirements.

“I see this as an opportunity to build up the value chain for software engineers, all the way from training, to providing infrastructural needs — where to live and work — then connecting with employment,” he says while emphasing trainees’ exposure to direct connections through the platform.

While pointing out the global competitiveness for digital skills, Nwobi adds,

“We know that millions of brilliant Nigerians can produce world-class software. People in England and America need software engineers, and since they have other options, they will not just come to Nigeria without having someone that has credibility bringing them. And that’s the mission for this startup, to connect brilliant Nigerian talents with opportunities.”

Decagon has been around since October 2018 but only started its training program in 2019, where brilliant minds apply through the company’s website to access a period of extensive exposure to professional tutoring.

A cross-section of the third and fourth cohorts

Selection for the 6-month software engineering program is based on merit. However, selected talents may not necessarily have the capacity to pay for the program before getting in.

“It is a paid program, but we arranged for student loan financing. Once you’re good enough to get in, we have partners that will lend you the funds to pay your fees,” explains Nwobi.

That means, even though the business thrives on profits from training fees, it first has to invest in the future potentials of participants without getting paid until they start earning.

According to him, the loans come from an initiative of the Central Bank of Nigeria — Creative Industry Financing Initiative (CIFI) — to improve access to long-term low-cost financing for entrepreneurs and investors in the Nigerian creative and information technology sub-sectors, as part of efforts to boost job creation.

Before this, there was a loan facility from Sterling Bank for the first two cohorts, which they are currently paying back diligently. To Nwobi, this is a sign that the model is workable.

So far, 63 Decadevs — successful graduates of the training school — have been produced in three cohorts, with the fourth still in training.

A group in the fourth cohort during a mentoring session

By April, more than a hundred Decadevs would have been trained. This means that more companies get to meet their demand for engineers both locally and internationally.

Having accomplished that much in a short time and already making revenue, Nwobi reveals plans to train 500 software engineers before 2021 by having more intakes in subsequent cohorts. Meanwhile, the year is expected to see at least four additional cohorts.

However, the entrepreneur says this only meets a fraction of the demand.

Initially, all graduates of this institute take up job offers from local companies. But as their number increases, Decagon now retains some of them to work for both their local and international partner-companies.

“When people graduate, they have two choices; they can take a job directly from other companies or stay back and become a Decagon employee.”

He adds that about 30% of the cohort are employed by the startup while others are guaranteed absorption by other local companies.

Complementarity in place of competition

Although Decagon appears to fill the gap Andela created when it ended its junior developer training program, Nwobi reveals that he never considered the global training institute as a competitor from inception.

He states that having more startups develop similar distinct platforms will give a significant boost to the ecosystem. For him, it will not be a competition but a complementary affair.

“For Nigeria to become a top software engineering country according to Decagon’s mission, that means there have to be 600,000 active software engineers. Decagon alone cannot hire all of them, we need to have competitors and it needs to happen fast.”

According to Nwobi, before the CIFI came through, bootstrapping to fund the cohorts training was quite challenging especially when it came to providing accommodation. But, as the startup made revenue, this was properly managed. It is currently working on setting up a second campus, a more expansive location, close to the office to cater for 500 Decadevs.

He, however, mentions that though there are prospects for other locations outside Lagos, expansion to markets outside Nigeria is not an objective of the business.

“I am Nigerian and I want to have a very significant impact on Nigeria. Decagon’s mission is for Nigeria to be a top ten software engineering country in a decade.”

In his opinion, this can only be possible if the talent resources are streamlined to the country. Consequently, there will be a transformational impact on the location these engineers live in.

“Imagine the economic impact if we have 3000 software engineers in Nigeria in five years, earning between $1,000 and $2,000 in a month. We don’t want to spread ourselves too thin so that the impact can be concentrated within the country.”

Nwobi believes that investing in the highest valued enterprise globally is a wise decision for the startup, and this is capable of ultimately earning Nigeria a place where Indian tech talents are today — globally coveted.