In Africa, OPay and WeChat have more in common than just being super apps 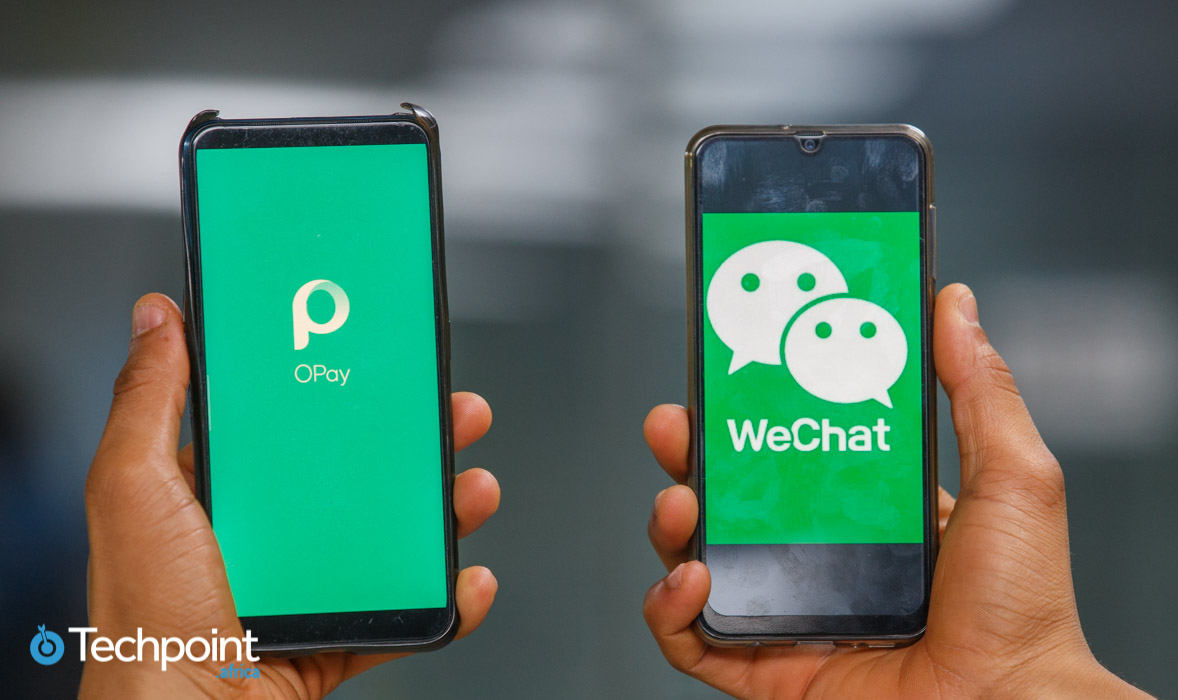 History of a Chinese super app in Africa

In 2013, Chinese Internet-based platform company Tencent entered the African market with its super app, WeChat. It debuted in South Africa where Naspers, its Africa-focused counterpart, became a shareholder in the venture.

Two years after, things did not seem to be going so well. WeChat was going through a rough patch and there had been rumours of an exit from the Nigerian market where it had a huge market, which a WeChat representative in West Africa officially denied at the time.

Suggested Read: What is the fate of WeChat in Nigeria?

The multi-purpose app eventually did exit the West African market and eventually all of Africa, howbeit quietly. Activities on its website seemed to stop in early 2017.

Before the official entrance, there were already African users on WeChat, and now, Africans still use WeChat, the only difference is that it no longer has an official presence.

The African arm of its parent company, Tencent Africa still exists and is working on other endeavours.

The absence of an official statement and the secrecy surrounding the exit meant nobody knew why WeChat did not thrive in Africa despite robust marketing efforts.

An insider spoke of a certain event in China, at the time, that caused Tencent to discontinue its international business adventure with WeChat in Africa.

The event most likely spoken of is the Chinese stock market slump that lasted from between mid 2015 to early 2016, and coincided with the period WeChat supposedly exited Africa.

“There had been serious plans of expansion in Africa, then suddenly everything was stopped abruptly, and a lot of people involved were not told why,” a source close to the matter at the time said.

Also, as most people suspected, WhatsApp had a huge role to play in the official demise of the super app on the continent.

Since WeChat left, everyone, from banks to airlines and government agencies, has been trying hard to build “the WeChat of Africa,” and failed.

The making of an ‘African’ alternative with parallels

Three years after WeChat officially exited Africa, the continent is witnessing the making of a ‘homegrown’ behemoth; the almighty OPay and its O-ffsprings.

But beyond being two super apps that are, and have been, Africa-focused, OPay and WeChat share the same investor.

Apart from its last $50 million funding round, OPay recently did a Series B funding of $120 million. This new money will allow it to scale in Nigeria and expand into other African markets.

One of these investors, IDG Capital, has been to Africa before with a super app — WeChat.

To date, IDG Capital is still an investor in WeChat’s parent company, Tencent.

Is it calculated or coincidental that after a failed WeChat Africa adventure they are somehow now investing in OPay, another Africa-focused super app?

According to its website, IDG Capital has invested in over 800 technology companies with 180+ exits. It is unclear how much the VC is invested in Tencent, but a VC with this success rate will not take WeChat’s ‘failure’ to capture the market lying low, and it seemingly is not.

Even though WeChat had been wildly successful in China with over a billion monthly active users, the African approach seemed like a mistake.

WeChat had entered Africa with all the apps in its portfolio, at once, and this obviously did not work. But OPay is not making the same mistake.

OPay made its debut in July 2019 with its motorcycle-hailing service, ORide, and has kept adding more services bit by bit since then, including the recently announced Uber and Bolt competitor, OCar, and classifieds, OList.

According to a source, before the WeChat exit, the app had up to 2.6 million and 500,000 users in Nigeria and Ghana respectively.

But there were too many odds stacked against it; WhatsApp had a first-mover advantage, cost of user acquisition was too high, and the market was not ready for other non-messaging services in the WeChat suite.

Now, the popularity of mobility and logistics startups in major African cities like Nairobi, Uganda, Accra, and Lagos has made it an opportune time to enter with other non-messaging services of a Chinese-styled super app.

And also, with OPay, the messaging core has been done away with to avoid competing with WhatsApp that has undoubtedly become a global leader for instant messaging. This goes to further prove the WeChat lesson learnt.