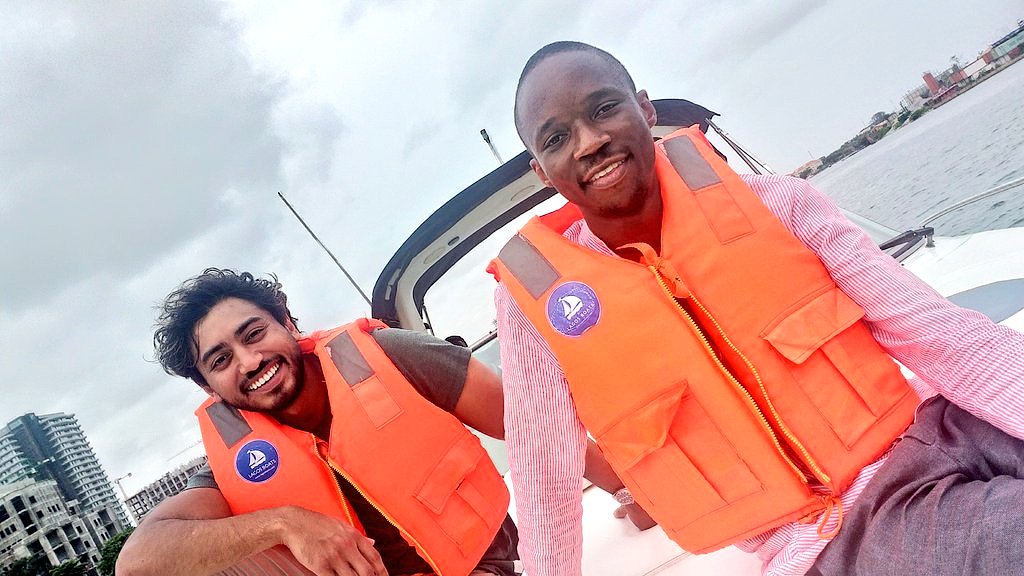 This article was published in December 2019. Adewunmi has since left Gokada.

News circulated last month about Ayodeji Adewunmi’s resignation from Jobberman, a company he co-founded in 2009, while in University, with two other colleagues.

His exit marked the end of a 10-year journey into building arguably the biggest job and recruitment site in Sub-Saharan Africa.

“I think it is great timing to say goodbye and explore what is next,” he was quoted saying in an official statement.

It turns out Ayodeji has joined Rise Capital as Managing Director for Africa and has on their behalf led a $5.3m Series A round in motorcycle on-demand company, Gokada. Gokada becomes only the third African (and Nigerian) startup that Rise Capital has invested in, after iROKOtv and PrepClass.

While the move seems like a sudden development, in hindsight, the union with Rise Capital was imminent.

Nazar Yasin, founder and Managing Director of Rise Capital was one of the early investors in Jobberman and over the years, Ayodeji has maintained a good relationship with the fund provider.

Another thing that might have served as lubricant for this move is indeed a sphere of Ayodeji’s life that hasn’t been in the spotlight; his love for investment.

Ayodeji told Techpoint that six out of his 10-year journey with Jobberman was spent investing professionally.

“I love the investment space. I myself have spent the better part of my entrepreneurial journey identifying and investing in startups in the country,” he said.

Interestingly, the Gokada investment also means that Ayodeji will take an operational role in Gokada, as Co-CEO along lead investor and founder, Fahim Saleh.

As the President and Co-CEO, Ayodeji is responsible for finance, operations, people, and regulatory affairs, while Fahim will be in charge of products, tech, and marketing.

The new administration at Gokada comes on the heels of allegations of bad blood and mismanagement which led to the stepping down of former CEO, Deji Oduntan. However, Ayodeji assures that his appointment has nothing to do with the outgoing CEO of the company.

Regardless, Ayodeji already has his work cut out for him. With Jobberman, he helped build a solid company to the point of a full acquisition by OAM. But will that experience be enough going into mobility, a space which for him remains uncharted?

Despite the obvious lack of experience in the mobility and transportation industry, Ayodeji’s expression about playing in a new space was that of optimism.

“I’ve been in the Nigerian tech scene long enough to understand the space. Gokada will change the face of motorcycling in Nigeria and our individual experience as co-CEOs will play a huge role,” says Ayodeji.

Indeed, his co-CEO, Fahim Saleh has experience with building and investing in companies in the mobility space. He founded Pathao, a Bangladeshi transportation network company that has one of the most popular ride-sharing services in the country.