2018 in Retrospect: What happened in the fintech space in Nigeria? 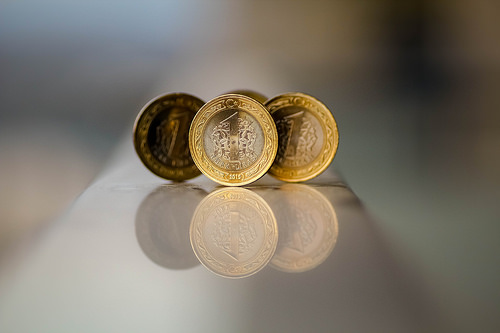 It’s been an exciting year for the Nigerian internet startup space, especially for startups that offer financial services, as they seemed to get much of the attention, particularly with respect to funding activities and regulation.

Commercial banks, on their part, have been making efforts towards encouraging collaboration while also making an impact in the fintech space. Fintechs and banks had a moment this year with commercial banks organising and sponsoring hackathons and startup pitch events, with a couple of them establishing innovation hubs.

There were also events around fintech all year. With some prominent trends, it was indeed the year of fintech.

A common trend in the first three editions of the Nigerian Startup Funding Report was fintech startups having a larger share of the total investments as well as the number of deals. In Q3 2018 for instance, startups offering financial services got 89% of the total funding. Fintechs also had the highest number of investment deals.

And a large percentage of startups that raised above a million dollars individually are also in the financial service sector. The likes of Lidya, Paga, SureRemit, Mines and Paystack also raised millions of dollars at various funding stages. Cellulant got the highest figure of the year, raising $47,500,000 at Series C stage.

Fintech appears to be the preferred sector for foreign VCs as the majority of the investors in the fintech startups are foreign fund providers.

This year, the Central Bank of Nigeria (CBN) finally had its first shot at the fintech space. In the last quarter of the year, the apex bank released an exposure draft of the licensing regime for Payment Service Providers which stakeholders in the space have since frowned against.

The capitalisation requirement to own and run a fintech company is on the high side which is believed to have the potential to discourage innovation. All hope is not lost for fintech on the licensing regime as the apex bank is yet to release the guideline for the licence tiering.

Earlier in the year, CBN and the Nigerian Communications Commission (NCC) signed a memorandum of understanding that would allow telecommunications companies (telcos) to play in the payment system. And after five months, CBN produced a guideline for the licensing and regulation of Payment Service Banks (PSB) in Nigeria with the sole purpose of promoting financial inclusion.

The guideline states that telcos can own a PSB licence through subsidiaries. So far two of the major telcos have shown interest in starting a PSB by 2019, which is an indication that the coming year might be interesting for the financial sector as well.

A group of industry players formed the Open Technology Foundation towards driving the development and adoption of Open Banking standards in Nigeria. This is believed to have the potential to foster innovation in the nation’s banking system.
The completion deadline for Open Banking Nigeria is 2020 but funding is a threat.

As it is, whether the eventual guideline for the payment service providers is favourable to players or not, the fintech space would still get its attention next. If favourable, it would mean the space will welcome more new players.

Highlights of other happenings in the fintech space within 2018