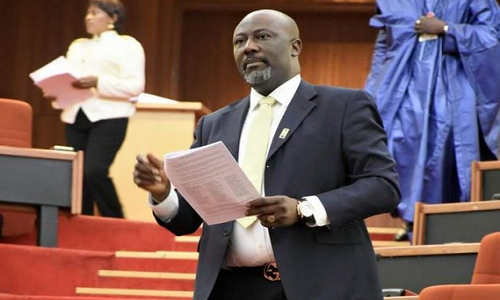 Shortly after President Muhammadu Buhari’s ascension to the presidential seat, news from the presidential cabinet declaring that all national revenue be kept in a Treasury Single Account (TSA) hit all nooks and crannies of the country.

To majority of Nigerians, this was the beginning of the end of corruption in the country, as they began to see a future Nigeria where corruption would finally be a thing of the past. Enacting on the President’s declaration, System Specs Ltd — the company responsible for the Remita platform for the TSA — sprung into action.

According to an online publication, the Senate has not only called for the termination of System Specs’ appointment, but has also called for the prosecution of those involved in the contract owing to abuse and mismanagement of the TSA.

Senator John Owan Enoh — representing the Cross River Central and also heading the committee that probed the contract — read the report on the abuse and mismanagement of the TSA on the floor of the house.

The recommendations one and two of the report on Abuse and Mismanagement of TSA was amended by the Deputy Senate President, Sen. Ike Ekweremadu and Sen. Dino Melaye, who added to the 2nd recommendation that those involved in the contracts should be identified and and prosecuted.

The Senate passed all ten recommendations of the report on Mismanagement of TSA including those amended and one additional recommendation have been passed.

This is a developing story, so we will keep you up to date on further developments.