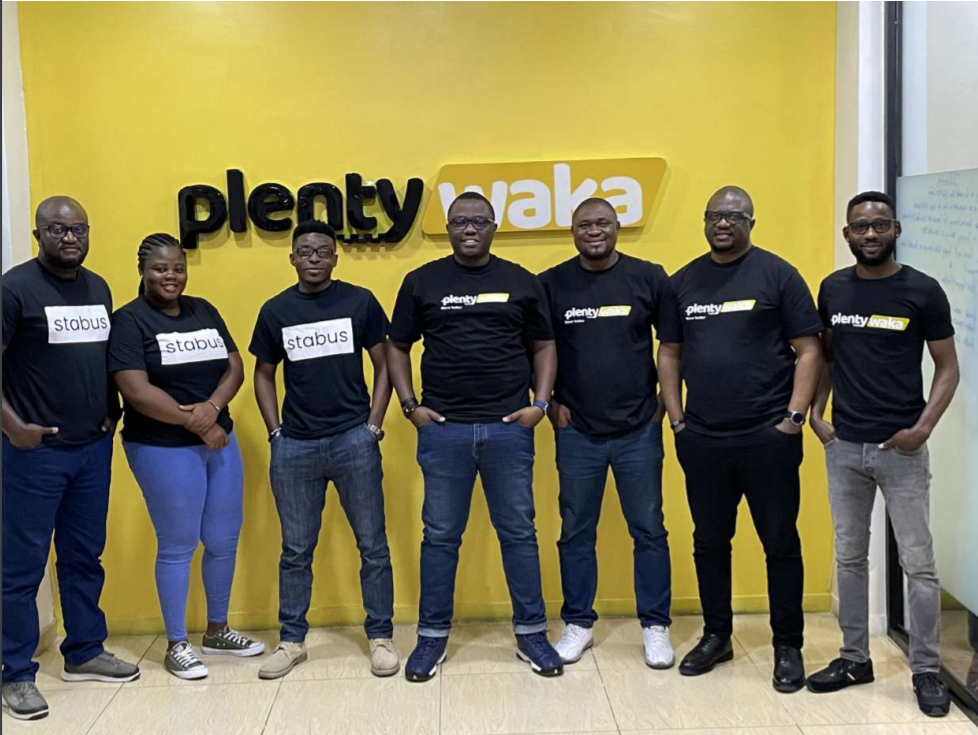 On the back of this raise, the company also revealed that it had acquired Ghanaian mobility startup, Stabus as it looks to expand its African operations, starting with West Africa.

Rounding off the list are several angel investors from Canada, the US, and Africa.

Plentywaka was founded in 2019 by Onyeka Akumah, Johnny Ena, John Shaibu, and Afolabi Oluseyi. The company has two primary offerings, Travelwaka — for inter-state travel — and Dailywaka — for intra-state travel — via its app. It provides ride-sharing services to its users on-demand.

The startup plans to use the funding to scale its operations. This brings Plentywaka’s total raise to $1.62 million.

Expanding on this during a call with Techpoint Africa, Akumah said, “One of the major kickers was to get into Ghana, which we are already doing. It’s to pretty much grow our numbers. By Monday (August 23, 2021), we would have reached about 480,000 rides, which puts us at about half a million completed rides.

“Also, Dailywaka is growing really fast, but for Travelwaka, with the partners we’ve got, we want to expand it to more cities. The future for us here at Plentywaka is where we would expand our services beyond Ghana into six African countries within the next two years.”

The move to Ghana appears to have been in the works for quite a while. Acquiring Stabus is a part of Plentywaka’s plans to become one of the largest shared mobility startups in Africa.

An easy decision to make, Akumah tells Techpoint, “We found an entrepreneur in Isidore who is a brilliant person who has been doing something similar to what we are doing, with similar visions, with similar goals.”

Co-founded in 2019 by Isidore Kpotufe, Stabus has moved over 100,000 people in Accra, Ghana’s capital city. Its services include daily bus-stop to bus-stop transportation and providing staff bus solutions for multinationals like MTN Ghana and GB Foods.

The company’s vision is similar to Plentywaka’s, solving one of Africa’s biggest transportation challenges, traffic congestion.

According to Akumah, on September 16th, 2021, Stabus would launch as Plentywaka Ghana, with Kpotufe becoming Country Manager while retaining team members from the Ghanian startup.

Currently, Travelwaka operates in 21 cities in Nigeria, a result of several partnerships with bus operators in the country, such as the recently announced collaboration with interstate bus company, GUO Transport.

Akumah says Plentywaka has currently onboarded 963 vehicles with about 100,000 unique users and a team just shy of 50 members — a factor he says has been integral to the company’s success.

When Plentywaka joined the Techstars Accelerator programme, the platform said the company would solve a problem that affects major cities, even in developed cities.

And while Akumah says there might be a possibility of a Canada expansion in future, it’s currently focused on moving into East and West African cities, despite being headquartered in Toronto.

Speaking on the raise, Sunil Sharma, Managing Director of Techstars Toronto, said, “We are incredibly excited by our investment in Plentywaka. Techstars is a huge believer in the future of Africa and a proud supporter of African entrepreneurs. Onyeka is a two-time Techstars founder, which deepens this relationship further.”

Todd Finch, Founder and Managing Partner of The Xchange, had this to say, “The Xchange is on a mission to fuel purpose-driven founders with the capital and resources they need to realise the world-changing potential of their ideas.

“Given Onyeka’s proven track record, his team’s undeniable thirst for making an impact, and Plentywaka’s impressive growth, we knew this was an opportunity we wanted to invest in.”

Per the company’s statement, in line with its expansion plans, it will be looking for the right kind of partners and investors to join the black and yellow movement — Plentywaka’s colours — to provide the best-in-class transportation service connecting cities and communities with technology across Africa.

According to TechCrunch, the company is planning its Series A round, to ramp up its plans to scale operations.