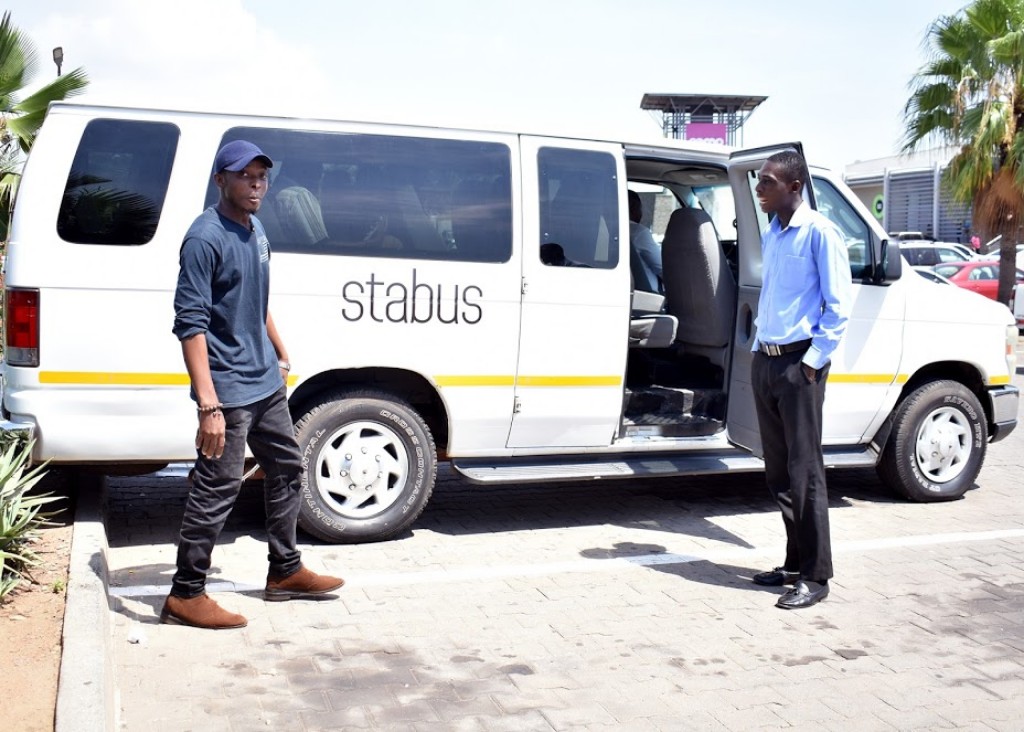 “A ride of ten minutes in Accra would probably take you one hour or more to complete. Do you know why? Traffic congestion!” Isidore Kpotufe tells Techpoint of the terrible state of Ghana’s transport system.

Increased congestion sometimes shows the vibrancy and economic vitality of a city, however, if left unaddressed, its negative impacts such as low worker productivity, commuter stress, and intake of fuel emissions can cast the city in a different light.

Accra is the capital city of Ghana with a population said to be around 2.5 million — a figure predicted to almost double by 2035; expectedly, the number of vehicles on the road should increase and here’s why.

To ease the stress they face, an increasing number of commuters who normally ply public transport are resorting to private car ownership or cab-hailing apps thereby adding more vehicles on the roads.

The West African city is definitely not alone when it comes to transportation challenges as Lagos, its next-door neighbour is touted for being one of the most gridlocked cities in the world.

Kpotufe can attest to this fact but as a Ghanaian, he is focused on solving the public transport system’s problem in his hometown first.

“Of course, the situation is worse in other African countries, notably Lagos, and one sure way to start making African cities smarter and more sustainable is to reduce private car ridership by providing fit-for-purpose and technology-enabled bus transportation services that are reliable, accessible, and of good quality.”

Like his LinkedIn bio states, Kpotufe has always regarded himself as a serial entrepreneur.

Prior to building Stabus, he was the founder and CEO of Africa Web Consult, a software development studio that developed applications for SMEs.

In January 2018, he became co-founder and CEO of Westcape, an eCommerce marketplace that enabled people to buy consumer electronics and pay for them monthly.

His stint at Westcape would end almost two years later. He went on to found Stabus in November 2019 as founder and CEO alongside Albert Angmor, who acts as CTO.

Stabus’ value proposition is quite simple. Convince Ghanaians to do away with the ‘trotro’, Ghana’s answer to Nigeria’s danfo (local names for the inter-city public transport services) or leave their cars at home and adopt Stabus’ exquisite and conducive buses.

In order to achieve this, Stabus aggregates transport buses provided by third parties. Then via a mobile application, the web, or third-party USSD shortcodes, the buses are made available to passengers.

However, Stabus passengers might be required to pay 30% more than what they pay when entering a trotro.

But Kpotufe says an increment in price doesn’t trump Stabus’ incentives to Ghanaians which includes app-based booking where passengers do not have to queue to board the bus, fixed schedules so passengers can plan their commute ahead of time and arrive at their destination on time, and neat air-conditioned buses with quality drivers.

The road ahead for Stabus

“We are strong on both online and offline booking systems. And we are designing our model to provide the de facto public transport service to cities by leveraging partnerships with city authorities and companies.

“The idea is to give a facelift to Africa’s public transport infrastructure and discourage the increasing adoption of private car ridership,” Kpotufe says.

Like most startups in the on-demand business, Stabus takes a commission from the monthly revenue of its bus partners for providing the technical and system support. And since going live in November 2019, the startup has processed more than 8,800 successful bookings while completing over 600 trips worth $11,860.

Despite making revenue already, Stabus is not yet profitable because according to Kpotufe, the startup is pursuing an operation-light model that requires modest financial commitments. “This model is the key to achieving profitability for us,” Kpotufe says.

On challenges, Kpotufe cites none noteworthy yet but says running a self-funded startup isn’t easy. This is why the startup is currently raising a pre-seed round to scale operations at a time where, according to the CEO, demand for their service is growing as customers are showing a lack of faith in informal public transport services.

Going forward, Stabus’ bold plan is to operate in other African markets as well as Latin American markets in the next five years.

“We have a strong appetite for markets such as Ivory Coast, Nigeria, Rwanda, Senegal, Uganda, Brazil, Columbia, Chile, Argentina, Mexico, and Venezuela,” the CEO says.

It is Kpotufe’s intention that the Ghanaian startup launches in two of the listed countries next year, double that in 2022 and all eleven countries by 2025.

The CEO also thinks the current pandemic can create more demand for online bus booking platforms because as people become hyper hygiene-focused and shy away from using informal public transport services, there’s an increase in demand for safer transportation services by companies that want to protect their workers from the virus.

Also due to the recession, people will be opting for more affordable options than driving themselves or hailing a cab.

However, Kpotufe says bus-booking startups like Stabus can only benefit if regulators are willing to explore partnerships that will benefit the transport ecosystem.

“I think COVID-19 is a great opportunity for us to begin to look at informal public transport as a key national policy issue in African countries. Regulators must relax requirements for alternative models such as Stabus and be open to explore a partnership approach with the ecosystem.”