How is TStv faring in the Nigerian market two months after it relaunched? 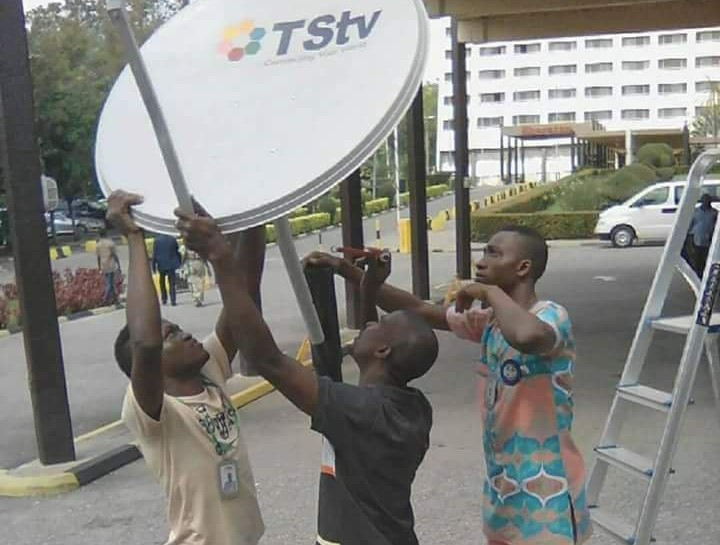 TStv — Nigerian-owned satellite subscription TV service — is not a new name on the list of pay TVs in Nigeria. Despite the presence of household names like DStv, GOtv, and StarTimes, in 2017 TStv got the attention of many Nigerians with the promise of a pay-as-you-go (PAYG) subscription model.

However, the company couldn’t make good on its promise as decoders were soon unavailable in the market; consequently, people’s hopes were dashed.

But TStv broke radio silence in 2020, and unlike three years earlier, it has engaged in aggressive marketing in two Nigerian cities — Abuja and Ogoja — by organising roadshows to facilitate the sale of the decoders and inform people of their offers.

Meanwhile, Techpoint Africa gathered that in addition to having dealers in cities where there are no roadshows, the company engaged the services of social media partners to respond to queries under their post. But responses are rarely gotten from the official handles.

In a conversation with one of these brand promoters, we discovered that TStv does not have different bouquets as seen with other pay TVs. And according to him, a smart decoder costs ₦17,500 ($45.99).

Considering TStv’s PAYG model, it appears to charge the lowest subscription, that is, after StarTimes. With no cap on the value of a subscription, subscribers are allowed to customise their daily, weekly, or monthly subscriptions. It is important to note that channels are worth between ₦3 and ₦5 per daily view depending on their category.

A subscriber with such a customised monthly subscription would be paying way less than a StarTimes subscriber would on the cheapest bouquet which costs ₦900($2.37) for 32 channels. But then, going for varieties would also increase the amount spent.

While the price of the decoder isn’t high in comparison to others, TStv’s model seems to suit only subscribers who would prefer to pay for specific days to watch select programs.

To help them choose, new subscribers, are allowed to view all channels for free for two weeks post-installation.

There is also a pause feature that allows subscribers to temporarily unsubscribe for days when they won’t be available. Interestingly, the pause feature might not entirely discourage bulk subscription but would allow users to spread regular monthly subscriptions across several months.

For ease, users can subscribe using recharge vouchers or a mobile app. There are also sales agents who can select subscription channels for users.

A recurring request is for sports channels that show popular leagues like the English Premier League, Italian Serie A, Spanish La Liga, and German Bundesliga. Though these are not available at the moment, it covers the English Football League.

Despite features that allow flexible usage, the Nigerian economy remains a major concern. As pointed out in a previous article, while this model has been applauded and endorsed by the government, it might still be restricted by existing economic circumstances.

Therefore, low and medium-income class individuals — TStv’s target market — might not be able to afford it.

Since TStv’s goal isn’t to compete with the big dogs but to optimise operations and serve all classes of people, it wouldn’t make sense to compete with such established brands for TV rights.

A late entrant into Nigeria’s nascent pay TV market, TStv’s progress can only be determined by its level of adoption, but these statistics are unavailable.

So what does the future hold for TStv?

It is typical for a new entrant in a competitive market to focus on getting wide coverage. This can be achieved by doing roadshows and giving discounts, but these are capital intensive. And to compensate for this kind of investment, TStv must get customers in droves.

How possible is this? StarTimes is TStv’s immediate rival in terms of low prices since they focus on the same market demographic.

StarTimes has the lion’s share in terms of numbers of subscribers in Nigeria, mainly due to its low subscription. MultiChoice, however, commands the bulk of the industry profit.

Unfortunately, StarTimes’ profit margin has been unknown since it became active in the Nigerian market in 2010.Consequently, TStv is indirectly forced to enter more locations because this will attract more subscribers.

Will TStv share the same fate as StarTimes after five years?