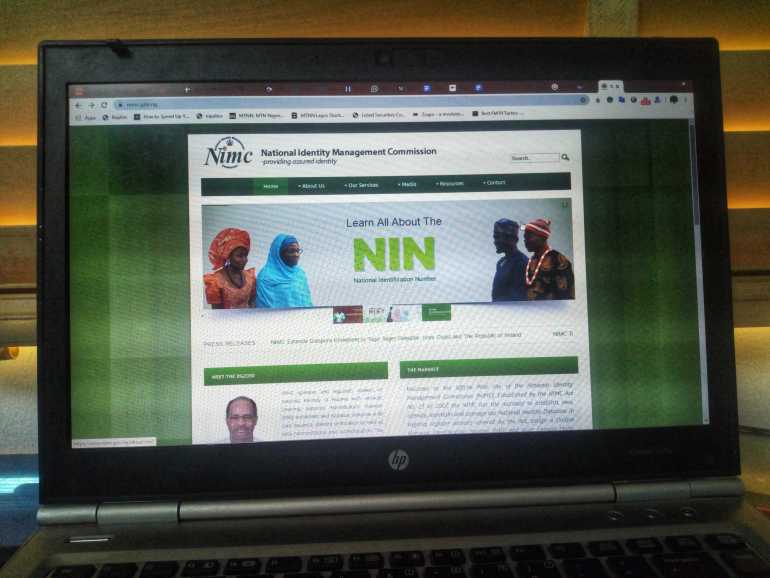 Throughout history, humans have needed means of identification in the course of their daily activities. Over the years, this has evolved from sounds and other bodily signals to physical tokens like passports and ID cards among others.

In June 2019, the Nigerian Federal Government inaugurated a steering committee to drive the adoption of a unified digital Identity for all Nigerians.

The committee would aim to integrate data held by various government bodies such as the Bank Verification Number (BVN), driver’s licence, international passport, and the National Identity Number (NIN).

In 2018, the Nigerian Federal Executive Council (FEC) approved a Strategic Roadmap for Developing Digital Identification in Nigeria. The roadmap was to forge a credible and cost-effective pathway for identification management in Nigeria.

To aid implementation, the Nigerian government adopted the use of a steering committee, a strategic unit, and an implementation unit situated in the country’s National Identity Management Commission (NIMC).

Recall that in 2019, the World Bank, Agence Française de Développement (AFD) and the European Union (EU), provided the West African nation with $433 million to aid the provision of identity cards for the next five years.

However, the committee meets an uphill task given the current issues that surround the quest for digital identities.

About 13 or more federal agencies, and another 3 or more state agencies, offer ID services in Nigeria. Each government agency collects the people’s biometric information, thus overlapping efforts within government at a high fiscal cost. Some of these are:

Boss Mustapha, Secretary to the Government of the Federation, stated that the current digital identification drive will aid identity management in Nigeria and provide the government with relevant data on Nigerians.

During the lockdown, there was a widespread clamour for payments via BVN, but with a lot of the Nigerian population still unbanked, the government had to distribute palliatives with cash.

Though there may have been other means to distribute these palliatives, a recurring theme among members of the government was how the overall lack of data on Nigerians impeded the process.

Despite the perceived benefits, the drive for a digital identity in Nigeria has been fraught with fundamental hurdles, and it is not clear how another committee will overcome them.

This is considering that even when committees are set up, their recommendations are not always implemented.

Where it all began

Nigeria’s current digital identity drive can be traced back 13 years to 2007 when the country’s National Assembly enacted the NIMC Act 2007 and also established the Commission.

Before this Act, the Department of National Civil Registration (DNCR) was set up in 1978 to issue identity cards. A project that ran until 2006, and was only able to give out 37.7 million identity cards.

Presently, the Commission maintains offices in all 36 states and all 774 local government areas in the country.

In August 28, 2014, former president, Goodluck Jonathan, launched the pilot phase of the e-ID scheme where the NIMC would issue ID cards — powered by Mastercard and Cryptovision — that would serve the dual purpose of identification and payments.

At the time, NIMC described the project as the broadest financial inclusion program in Africa. It also projected a massive roll-out of e-cards by 2019. However, discussions with a few registrants revealed that most people are yet to collect theirs.

What has happened since?

Since registration commenced in 2012, NIMC says it has registered 40 million Nigerians, a far cry from World Bank’s 2018 estimate of Nigeria’s population which stood at 195 million.

So far, the initiative has been plagued by several infrastructural and social bottlenecks which will need urgent attention if the latest committee is to be successful.

Since the initiative began, the registration has either witnessed low turnouts or massive overcrowding at registration centres. Though several people who showed up to register still do not have their ID cards, they could be said to have a National Identification Number (NIN).

Besides this, the project still faces issues of funding. This is particularly interesting because the federal government earmarked $4.3 billion for the project and had already spent $1.2 billion as of 2015.

The problems of stable power and quality of Internet connection are also infrastructural issues that need to be addressed. Though network quality has improved in major cities, several less urban areas might not be able to boast of quality network connections.

While the appointment of a fresh committee might put forward recommendations on issues of bribery and funding made available, it is not clear why this has not been resolved in the last 13 years.

So far, a harmonisation process does not appear to have been completed with other data collection agencies. Since its launch in 2014, about 42.4 million Nigerians have a BVN number.

Though the NCC places the number of mobile subscribers at 192 million, there are instances of multiple registrations that the telecom regulator still hasn’t harmonised, since it began the sim registration exercise. Unlike the BVN, there is no central unique identifier.

Also, with millions of data being collected, the absence of a Data Protection Law as advocated by many stakeholders might be offset a little with the Nigerian Data Protection Regulation (NDPR).

However, according to Paradigm initiative, the NDPR is neither sufficient nor effective enough to tackle data protection issues in Nigeria. It particularly pointed out security risks in retrieving NIN with USSD codes.

More efficient data protection laws, data sharing between agencies and the establishment of Open data, digitisation of existing databases, and proper training of staff are some ways these issues can be resolved.