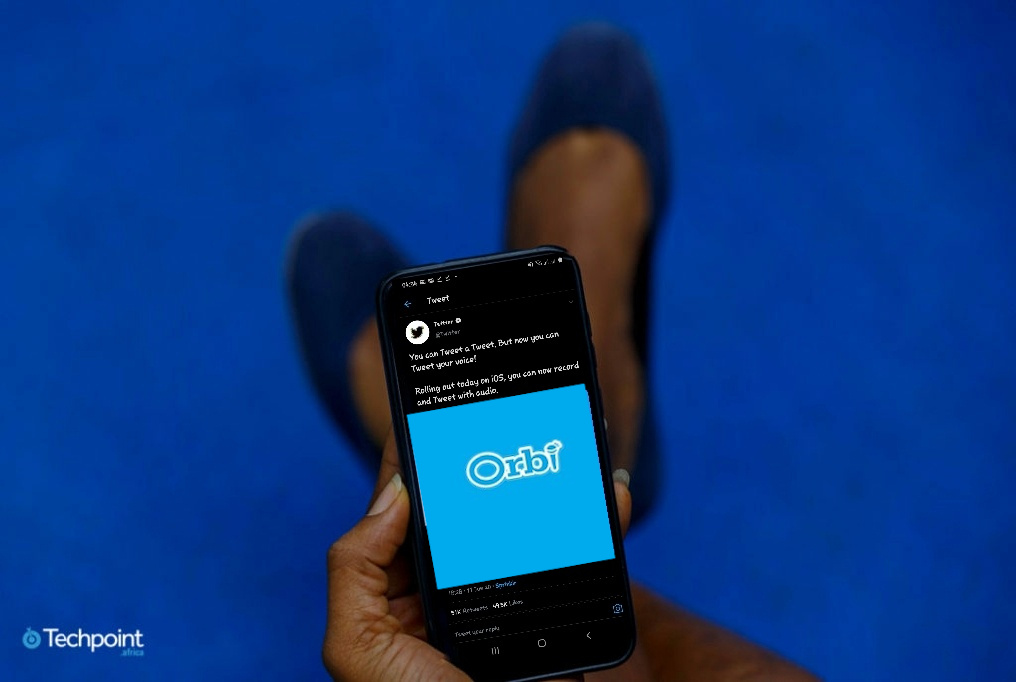 Editor’s note: In 2014, Tomi Walker co-founded Orbi, which was named one of the 30 Most Impactful Startups by the SLUSH Global Impact Accelerator. He is a serial startup founder and is currently leading Growth & Content for TQ: News & Games

Last week, I logged in to my Twitter, saw I had dozens of mentions and direct messages (DMs) and immediately started wondering what was going on. Was I being dragged for something I said? I checked my DMs and my friends were asking if I had seen the announcement of Twitter’s new voice note feature.

In 2014, I along with my 2 co-founders set out to build the “Twitter for voice”, a social network around the concept of bite-sized voice notes called Orbi. Naturally, with Twitter now incorporating our original idea, my people were wondering if Twitter had acquired Orbi.

Twitter’s release of the voice note feature brought back feelings of nostalgia but also made me realise we hadn’t done enough to share our lessons and experiences. These experiences are vital for the next generation of innovators and builders, so they build on the experiences of others.

Right now, there is a bit of disillusionment with consumer tech in Nigeria. But what is needed is the right perspective to unlock new possibilities. As we’ve seen with the new generation of consumer apps like Carbon, PiggyVest, and Boomplay there is still a lot of value to be created for the African consumer if you are solving the right problems.

So here are 5 lessons vital lessons I learned in our attempt to build Orbi, the Twitter of voice notes

Your timing is important

When we started in 2014, the market for smartphone consumer apps in Nigeria was tiny.

For example, Facebook had about 15 million users, which is small relative to the number of internet users in Nigeria. Only a handful of apps built by Nigerians grew to reach 100k downloads.

Compare that to our new app TQ News & Games (playtq.com) that reached 50k downloads within its first 3 months on the market! According to the legendary investor, Bill Gross of IDEA Lab, timing is the single biggest factor in determining the success of startups.

Today several Nigerian apps have millions of downloads and I believe that in the next 5 years, as the market expands, we’ll see a few apps surpass the 15 – 20 million download mark.

On my second go-around building a consumer product with TQ News & Games, we believe in building great products but building even better distribution. This growth-focused shift means that we are constantly thinking about growth in all activities from design, to product engineering to running several growth experiments.

Orbi was a novel product that was loved by techy, geeky, product leaning types. But it wasn’t something the average Nigerian was looking for. It didn’t solve a pressing problem, or play into people’s aspirations/vanities.

When you don’t build something people are clamouring for, you find that you have to constantly convince people to use your product, as opposed to having people look for you. Your chances of succeeding are much easier when your customers are the ones doing the chasing.

Build a community around your startup

Some of the best ideas for your startup will come from outside your startup. You need to have a network of developers, designers, product managers, growth experts, finance experts, and experienced startup vets who you can lean on from time-to-time to provide advice.

Some of the best early feedback for Orbi came from people like Tunji Eleso, Ukene Udeze and the community at the Co-creation Hub. You need to be constantly talking to people to get the feedback needed to make the right iterations to your product as you pursue product-market fit.

The growth of the consumer tech space has led to a greater emphasis on product design. When we released Orbi, there wasn’t much local competition for Nigerian-built apps and our users were happy to use something cool built out of Nigeria.

Fast forward to 2020, and there are now many Nigerian apps competing for people’s attention. UI/UX design and product management have now become prominent career paths.

An emphasis on our superior product design has led to us building one of the best-designed apps in Nigeria with TQ. If you are looking to jump into the consumer tech space in 2020, product design capabilities are an investment that is critical.

So what does it all mean?

I believe that as with all things, timing is key. Orbi was a great idea that came before the market conditions were right. But as we head into a new decade, we are heading into a period of strong mobile growth.

With a continent of a billion people with an average age of 18 and 400 million smartphone devices coming online within the next 5 years, African consumer tech is positioned to witness a coming of age.

Tomi Walker is fielding questions on Community. Join the conversation.