CcHUB has launched an EdTech hub in TASUED to contribute to research in education, plans to support MSc and PhD students 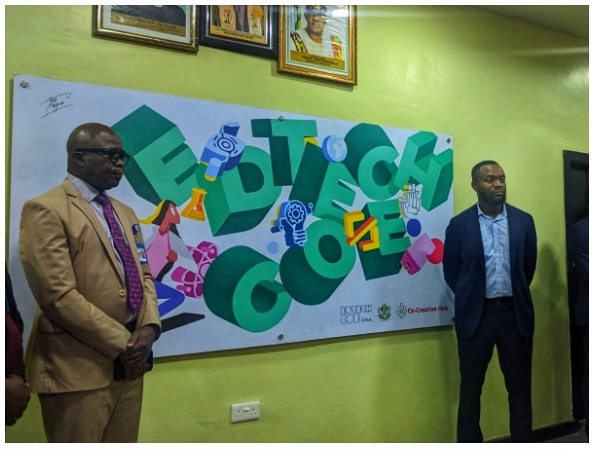 In a chat with Techpoint, CcHUB’s CEO, Bosun Tijani, said this investment is necessary to make significant contributions toward education in Africa.

TASUED was chosen because it is the only university of education in Nigeria and the second of its kind in Africa.

Talking about other qualities that informed the decision to start the first of such partnerships in the institution, Bosun said, “We found out that technology is embedded in the way the university sees the future of education. It’s an institution that has an internally built school management software on which all its activities run and can be tracked. [In all], they have the right attitude and culture which is worthy of a centre of excellence in EdTech.”

Moreover, subsequent partnerships may not only focus on developing education. Bosun further explains their plan to invest in other institutions as long as they have the right culture for innovation in other important technologies.

“We’re very interested in building talents. Universities play a major role in the innovation ecosystem. Although it’s not yet the case in Africa, we’re working towards contributing to its growth,” he adds.

The EdTech hub is not only meant to support the training of teachers in the use of technology, it is also expected to engender focus research while also assisting in incubating ideas and converting them to startups.

“We will link the hub up to innovation networks across the continent and also give scholarships to a Masters and PhD student once every academic year. It is possible this number increases with time,” Bosun explains.

From its inception, CcHUB, in collaboration with Facebook and other brands, has supported the continent’s tech ecosystem through acceleration and incubation programs and has supported over 90 ventures within five years.

It also has a unit, re:learn, with a special focus on equipping pupils and students with skills needed in a technologically advancing age.

In September 2019, CcHUB completed an expansion to Kenya, with its acquisition of iHub Kenya.