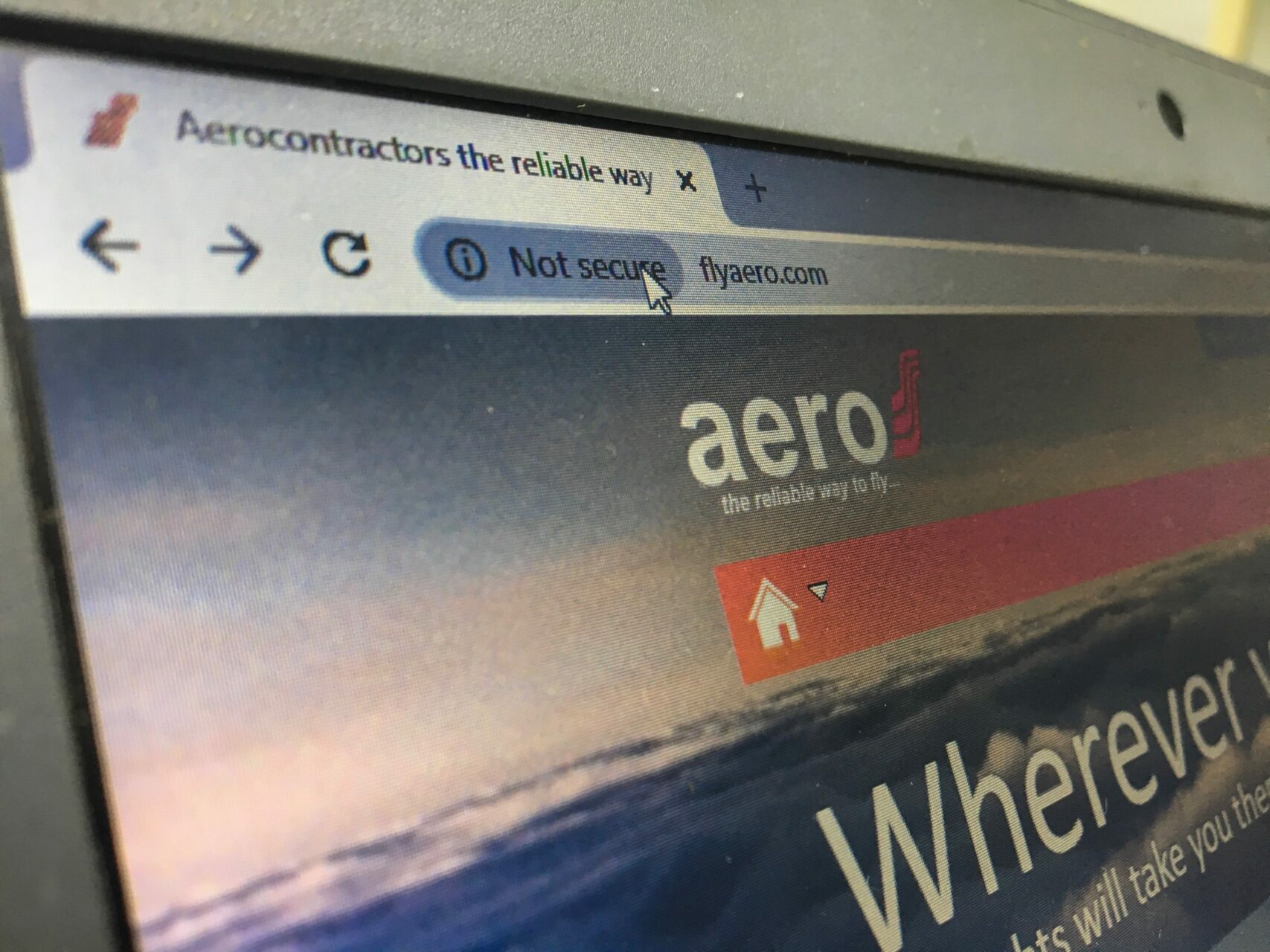 Although the website has now been restored, for at least five hours between Tuesday and Wednesday, users were unable to access the website’s content, instead, they saw a message from the hackers.

The website homepage which had been defaced displayed a black page with a photo of a man carrying the body of his child who was killed during an airstrike in Syria in 2016. The photo was accompanied with the following texts: “Hacked by Moroccan Revolution,” “M.R.T I M Coming for you,” and “Stop the waar.”

Also, an audio extracted from a 2017 video by Vox explaining the conflict in Syria played automatically in the background.

However, the hack was not an isolated case. The hacker group infiltrated about 28 other websites across various countries on Tuesday alone, according to Zone-H, an archive of defaced websites.

As at the time of this report, Aero Contractors had not released a public statement regarding the hack. However, a customer care representative claimed that the issue had been resolved and assured that customers had nothing to worry about.

This is not the first time a Nigerian airline would be exposed to cyber-security breaches. In 2018, Arik Air came under fire when Justin Paine, the Head of Trust & Safety at Cloudflare found an exposed Amazon S3 bucket which was reportedly the source of leaked customer data.