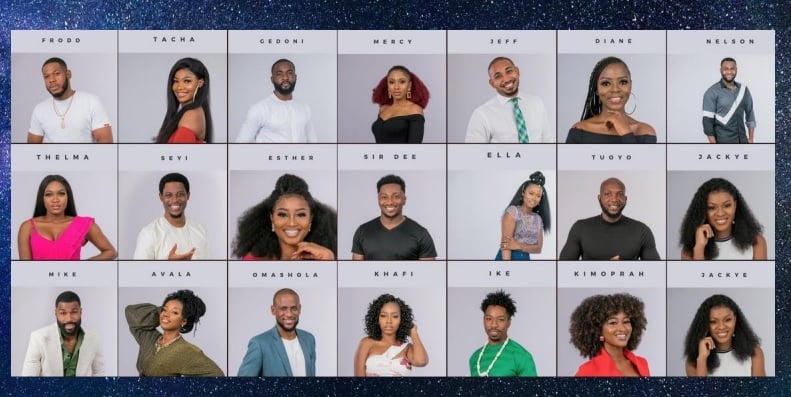 On Sunday, the most talked-about reality TV show in Nigeria — Big Brother Naija (BB Naija) ‘Pepper Dem’ edition — came to an end. The show, which started in June, made waves on social media with friends, families, and colleagues all talking about it.

Some of these discussions-cum-arguments focusing on the most talked-about housemate took place on Twitter, leading Adedayo Ayodeji Faniyan and his team at The Future of Work (TFW) to collect data about the show from Twitter using different keywords.

According to the report by TFW (PDF), 5 million of the 11 million tweets collected were not Big Brother-related, while 6,223,189 tweets by 214,388 accounts were about the BB Naija housemates.

The report, which only covers data for August and September, reveals that most (25.22%) of the twitter conversations took place between 12 midnight and 11:59 a.m. daily.

The data shows Mercy Eke, the first female winner of the reality show, was among the five most tweeted about housemates over the months. According to the report, she was mentioned in 577,631 tweets by 42,381 twitter handles; the others on the list were Tacha, Frodd, Ike, and Mike in that order.

However, it didn’t come as a surprise that brands like Bet9ja, Dano, Pepsi, Heritage Bank, Oppo and MUNCHiT were part of the conversations, with 206,095 mentions, because their adverts aired regularly during the show.

In retrospect, Bet9ja — the online sports betting company — was the official primary sponsor of the 2019 edition of Big Brother Naija, having released ₦1.08 billion ($3 million) from its coffers.

Having completed its 4th season, Big Brother Naija is an annual TV reality show where contestants live in a secluded house for 90 days and compete for a cash prize. This year’s winner, Mercy Eke went home with ₦60 million ($165, 975).

Since it returned in 2017, following an eleven-year hiatus, this was the first edition to be hosted in Nigeria as previous editions have controversially held in South Africa.