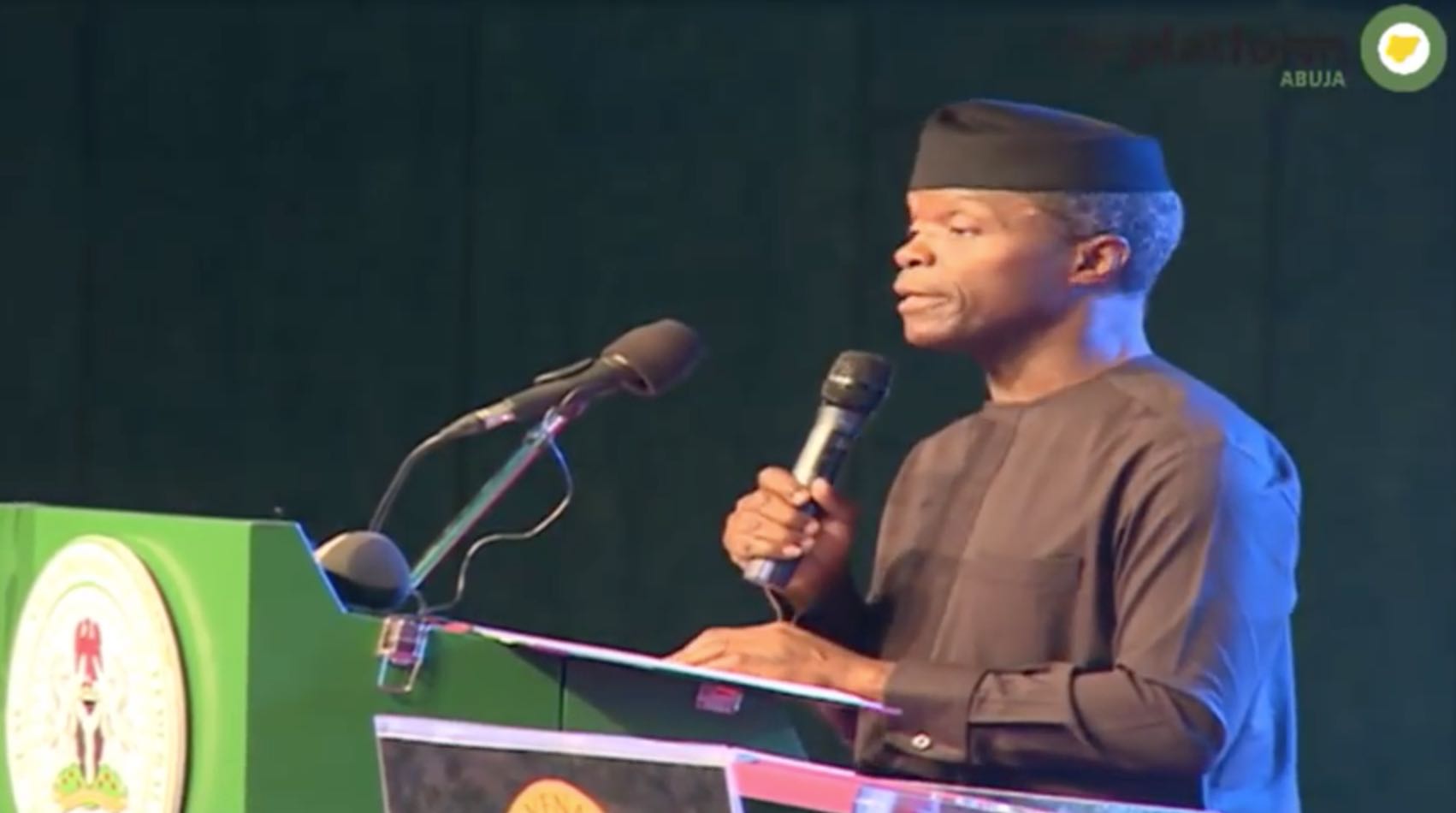 If you’re reading, then I’m about to take you on a journey for me that began on a cold Saturday morning; one of those rare weekends I wasn’t bothered about having to transcribe an interview or detail a featured story. It was nearly approaching noon, and I remember my entire body kept twitching and trying to find the right angle to lay rest on the bed from having endured a very busy weekday.

Right in the middle of what was my little fairy tale, my phone buzzed with a familiar tone that got me springing up so excitedly. Little did I know that something that is so inspiring would regrettably turn out to be a big disappointment.

By the way, if you’re wondering what the sound was all about, it was my phone receiving Press Release announcing that President Muhamadu Buhari and Vice President Yemi Osinbajo would be hosting the Aso Villa Demo Day 2016 to directly listen to ideas from founders and entrepreneurs.

In the beginning when the “word” was spread

The idea was super cool that I had to lend my assistance to a colleague in finally coming up with our own announcement. More importantly, I sat there thinking how this was going to be the game changer for 50 lucky startups that would be selected from a pool of 70.

Granted, the first round of Aso Villa Demo Day 2016 pitch event did go down on June 23rd 2016, but the real wave was all about the big event that was scheduled to take place in Abuja roughly a month after. If not for anything, the chance to step foot in the Presidential Villa was sure to count for something in the grand scheme of things.

But herein comes the sudden twist in the entire story from being so interesting to becoming very unsavoury. More so, the graveyard silence that followed immediately after concluding the first round of pitch in Lagos did seem to influence unnecessary anxiety in many.

We were recently (last week) interrupted by a phone call during one of our team strategy meetings. Apparently it was from one of the many pitchers present at the Landmark Event Centre for the first round pitch. How he came by our direct line was itself a mystery, but we understood his plight given that up until that very moment they hadn’t been contacted by the organisers of the Aso Villa Demo Day in any way whatsoever. There and then it struck us that the entire thing wasn’t a joke, and that people were willing to go the extreme to find plausible answers.

In truth this was more like a call to action for us so much so that we had to start looking for answers as well.

We reached out to one of the guys helping out with the Aso Villa Demo Day and were made to understand that the event had been postponed, with a view to  communicate a new date in the coming days. In his words, “the president couldn’t be available for the day, and so we had to postpone. However the challenge is that they haven’t been able to get a new date.”

Good enough that he mentioned communication, because it has been the very opposite of flawless since the Lagos pitch competition was concluded. If one looks at it, the manner in which the organizers were swift to spread the initial word makes one to doubt whether the entire communication system is even faulty in the first pace. Yet there was a resounding silence felt by all of those who had so much anticipated this eventful occasion.

All of this just goes to show that the idea to host startups in the presidential villa in Abuja may not have been initiated by the president and his vice. Nor were they even consulted while laying out the entire plans for the Aso Villa Day. Maybe it’s not safe to assume that any of this is merely a stunt by their aides to score a political point, but something certainly isn’t looking right.

Personally I have always been of the opinion that Aso Villa Day wasn’t well planned out before any information regarding the proceedings landed on many social media pages and news reporting platforms. In fact, many like me would be wondering how the president who on so many occasion had been criticised for his expensive and inexplicable junkets to foreign countries would finally sit down in Abuja and listen to young and enterprising Nigerian founders.

Of course the latter remains to be seen. However, one thing that is certain is that the word has been spread and there’s no going back. The Aso Villa Demo Day 2016 may not have taken place today as planned, but let’s sit back and expect the announcement of a more suitable date in the near future.