After my last article on why funding can kill your business fast, I received a lot of calls and mails asking different questions on how to run a startup with little capital.

I had a mentoring session with an eCommerce founder. This session will help you avoid some mistakes he made and also help you setup your business more effectively.

Tobi was of aware of the manpower needed to run an eCommerce site. He started out by employing:

NYSC Corpers: Their role was basically to call merchants from existing eCommerce sites and ask them to sell their products on www.onlinestore.com. These corpers had the responsibility of converting 10 merchants per day. For 22 working days, that’s a total of 220 merchants per month per corper. If the merchants had a minimum of 10 products to list, that would amount to 2,200 products per corper. With this calculation, the 2 corpers were to deliver a total of 4,400 products listed on the site every month.

The accountant: The accountant was basically in charge of remitting merchants’ money and dealing with the logistics company in all financial transactions. The presence of the accountant made it possible for the merchants to get paid less than 24 hours after every successful sale.

The customer service agent: Tobi initially employed 1 CS agent to handle his customer service functions. In less than 2 weeks of launch, the CS agent wasn’t able to cope with all the calls, the emails and CS activities so he had to employ another agent to join her in the job role

The Income and Expenditure

On the first day of launch, Tobi placed advert on one of Nigeria’s blog at the rate of ₦50,000. He also incurred some other marketing expenses which consumed another ₦70,000.

Moving into the 2nd month, Tobi saw that he had to make a drastic decision in order to stay in business. He initially planned to do another round of marketing spend but he put that on hold and engaged newsletter marketing, bulk SMS and re-marketing strategies. He only spent ₦30,000 this month in achieving this. He called the business developer who had not brought in any sales as at then and sacked him. This was done as a measure to reduce cost.  At the end of the 2nd month, sales was  ₦315,00, salary expenses totalled ₦150,000 and income from sale was ₦22,050 (7% of ₦315,000),

Now, it was so important that to stay in business, Tobi had to increase sales. He placed another advert on the blog at the rate of ₦50,000. He had a discussion with the staff and gave all a pay cut. The corpers were placed on ₦15,000 as against the initial ₦20,000. The customers service agents’ salary remained the same and the accountant was placed on ₦35,000 as against the ₦40,000 he was collecting.

The 3rd month looked good as customers were gradually getting used to his website and referrals were becoming big.

The beginning of the end

It was at this point that Tobi shut down his business in order to re-strategize.

What are  your thoughts on what Tobi did wrongly? What measures do you think he should have taken to keep his business going?

If you’d like to contact Damilare and tell him about the cool stuff you or your client is working on, reach out at: [email protected] 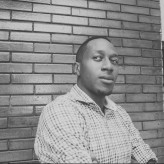 If you’d like to contact Damilare and tell him about the cool stuff you or your client is working on, reach out at: [email protected]

The way forward for crowdfunding in Nigeria

The Communication Tax Bill will hinder broadband penetration in Nigeria