I like looking at numbers, they excite me, because numbers don’t lie. But back to the topic at hand…

MTN was fined approximately $5.2 billion for failing to disconnect customers with unregistered SIM cards, you can read more about that here.

The Nigerian Communications Commission basically fined MTN about $1,000 per unregistered user which covers about 5 million unregistered SIM cards. But here is where the number starts getting interesting…

Nigeria’s 2015 budget proposal submitted to the Senate in December of 2014 has an aggregate revenue of N3.602 trillion. Which is made up of oil revenue of N1.918 trillion and non-oil revenues of N1.684 trillion according to PWC.

In US dollars, that will be an estimated oil revenue in 2015 of $9.5 billion, while the non-oil revenue estimates (Primarily made up of taxes) will be approximately $8.5 billion.

Now, the MTN fine of $5.2 billion (if it stands) is already 60% of our expected non-oil revenue for the year! And is approximately 30% of the expected entire 2015 Nigerian revenue.

And according to bloomberg.com the MTN fine “would exceed the revenue the Nigerian government made from oil in the second-quarter [of 2015], and be more than double the state’s non-crude proceeds.” 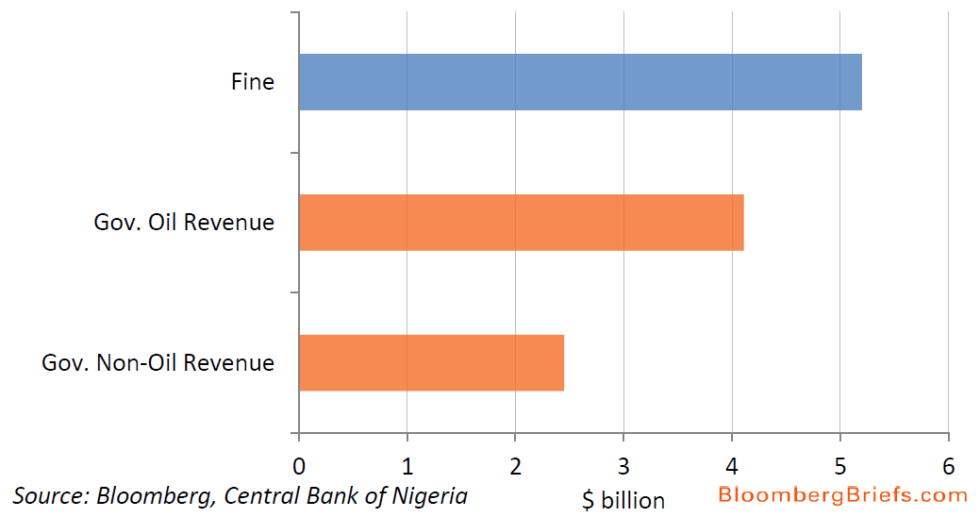 So what does all this mean?

The Nigerian government is looking for ways to increase its non-oil revenue amount and MTN is its first victim.

But this is not the end … the government looks to be poised to audit more aggressively Nigerian business accounts to find tax evaders and other violators and bring them to book. And if the MTN example is anything to go buy, they will not be lenient with their fines.

So what is the impact?

If the government is overtly aggressive in its tax evaders hunt, it might have the effect of scaring foreign investors away from Nigeria. The MTN fine is a prime example! Their fine per bloomberg.com is already 50% of their total estimated 2015 revenue of $10.7 billion dollars. If they pay the fine, they will struggle to pay staff or would need to take a loan to stay afloat, and their stock price would drop (South African stock exchange suspends trading in MTN shares). Either way it is a bad bad situation for MTN

And other foreign companies might be wary about investing in Nigeria (remember we have already been kicked off the JP Morgan emerging markets bond indexes).

However, if the government shows some flexibility in the fine and lowers it considerably, it could send a message that the Nigerian government means business without scaring investors away. Either way it is a balancing act better left to financial experts.

And the sooner we get our finance minister and his or her team in place, the better. 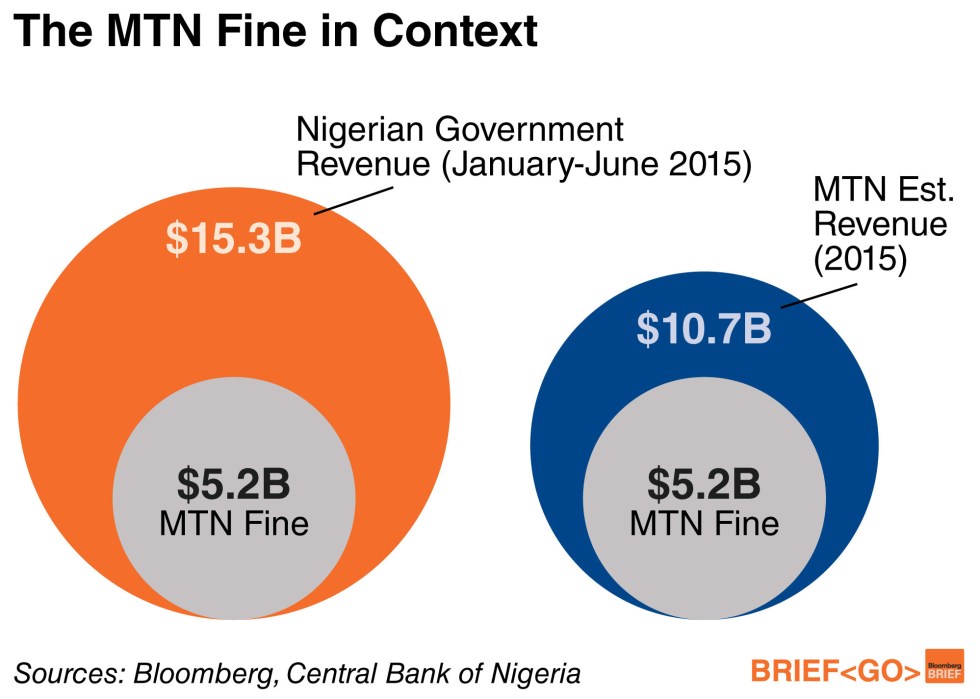 And for Nigerians like myself with small businesses, you need to start auditing your accounts now … because we are next.

The government desperately needs money and taxes as I talked about in this ofilispeaks.com article written in July is how they are going to get it.

FYI: Did you know that once you register a business you have to remit VAT to the FIRS monthly and even though you have no VAT to record you still have to document that to the government. Failure to do so will cost you N5,000 for every month from the date of your incorporation. So if you registered your business in January of 2000 but have not paid VAT till date, you owe the government N895,000!

So yes foreign investors might be the buzz right now … but we Nigerians are next … especially small Nigerian businesses.

Questioning everything since 1981… Founder of Okada Books, Author, Engineer, Ninja and Blogger who blogs at ofilispeaks.com 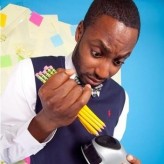 Questioning everything since 1981... Founder of Okada Books, Author, Engineer, Ninja and Blogger who blogs at ofilispeaks.com