According to the FRSC database, your number plate might be a ‘real’ fake 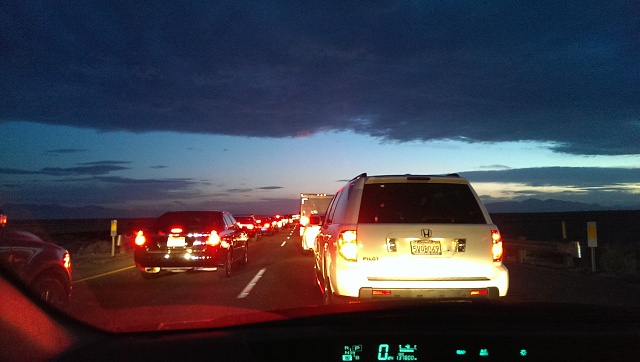 Over the weekend, I chanced upon a discussion thread on social media that was both disturbing and interesting. For the sake of veracity, I had to do a little research for myself before bringing it on here. Somebody had gone to the police station to get a permit for his tinted glass and in the process realized his number plate was registered to another car.

The police immediately charged him with being in possession of a stolen car; the car in question being a vehicle he paid for and acquired legally. When investigations were opened, it was learnt that the registration process was not done right. Needless to detail the gruesome process he had to go through to be acquitted of a case he had no foreknowledge of.

“The principal reason for the rampancy of fake drivers licence is the proxy nature of applicants; most applicants want to get it by proxy. VIO official. They don’t want to go through the due process and the same thing applies to the plate number”.

He said nobody should give money to a road traffic officer to process drivers’ licence or number plate or renewal of vehicle papers. That the normal procedure is to come into the office, meet a desk officer and be taking through the proper steps.

Apparently in trying to cut corners and get “shortcuts”, Nigerians fall into the hands of unscrupulous elements duplicating preexisting number plates and selling as new.

Further research revealed a section of the Federal Road Safety Corps'(FRSC) website that can be used to check authenticity of number plates. Go to www.nvisng.org/numberplateverification.aspx, enter your number plate number and wait and pray.

After nearly 45 personal checks, 20 came out with different messages that pointed to the fact that the number plates did not belong to the cars they were on, were not assigned to any cars yet or some simply did not exist.

Use this database to do a check on your number plate and if the results do not tally, do not drive that car another inch. Go to the office of the Federal Road Safety Corps(FRSC) and sort yourself out.

Until they can figure out a way to sort out the apparent mess, something has to be done to protect the interest of innocent citizens driving around with fake number plates like ticking bombs waiting to become meat to the Nigeria Police.