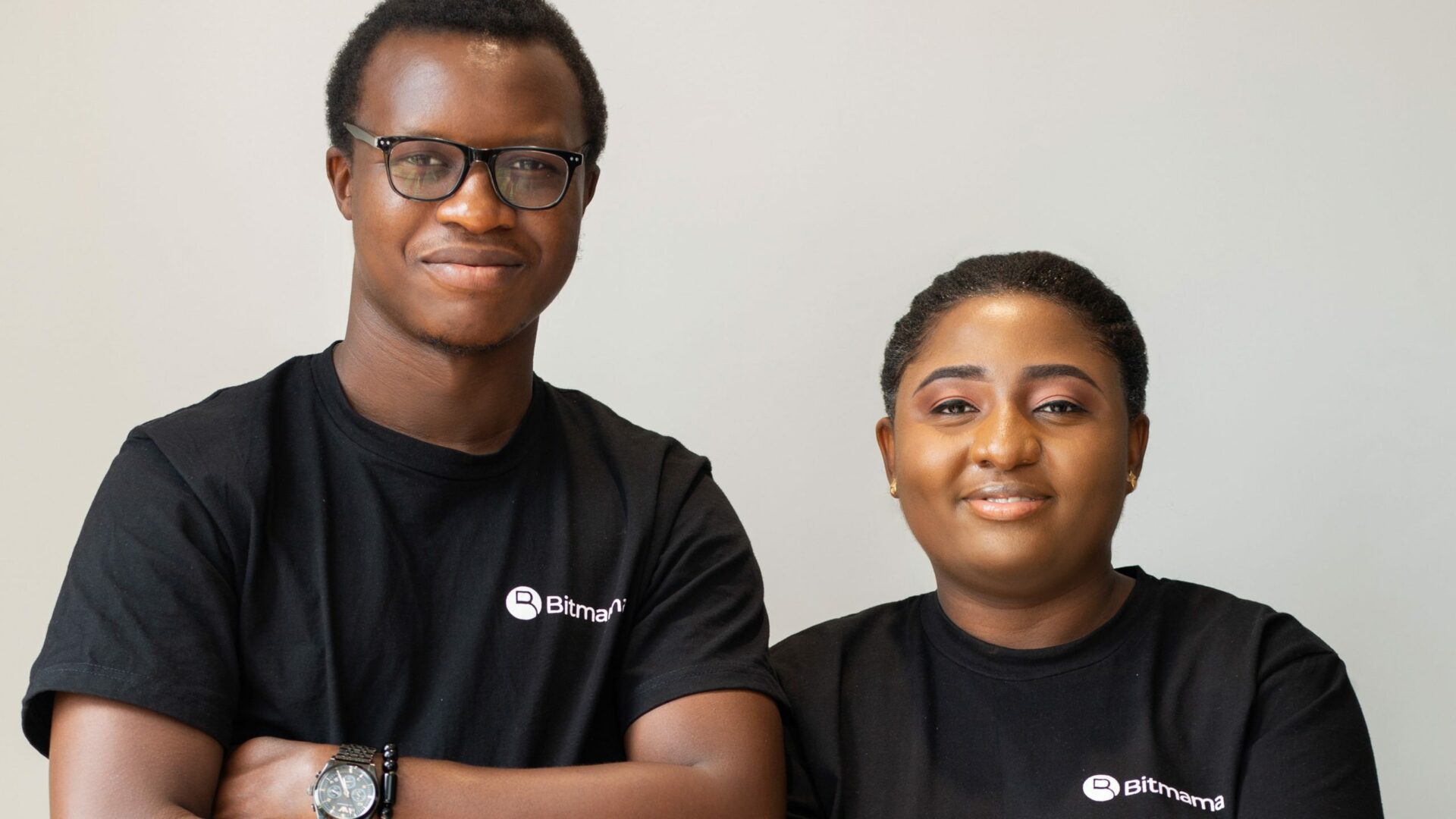 Today, October 4, 2021, Bitmama is announcing a pre-seed raise of $350,000 as it looks to expand its product offerings into other African countries, grow its operational presence, and increase its team.

The round was led by San Francisco-based VC, Flori Ventures, with participation from Nigeria-based VCs, Emergence Capital and Fedha Capital, and a host of other Angels and VCs.

The Delaware and Neuss, Germany based startup, founded in 2019 by Ruth Iselema, has become one of the prominent crypto exchanges serving the Nigerian and Ghanian market.

A few weeks ago, Iselema had a sit down with Techpoint Africa’s Chief Servant, Múyìwá Mátùlúkò, as she gave insights into her journey and some exciting titbits along the way.

Currently, the startup has two primary offerings, the Bitmama exchange, which enables users to buy, sell, and trade cryptocurrencies — read Bitcoin, Ethereum, Celo, and six other cryptos — on the platform; and Changera, a cross-border payment product which it says allows users to “send and receive money internationally, buy airtime or data for family and friends, pay utility bills for your loved ones from anywhere in the world.”

In 2020, Nigerians were reported to have traded more than $400 million worth of cryptocurrency on local crypto exchanges — a number that is expected to grow in 2021.

Over the past year, Africa has been regarded as one of the fastest-growing markets for crypto adoption globally. According to Chainalysis’ 2021 Geography of Cryptocurrency report, countries like Kenya, Nigeria, and Ghana rank in the top 20 in the world for crypto adoption.

A fact which Chainalysis attributes to the high transaction volume in peer-to-peer (P2P) trading.

In countries like Kenya and Nigeria, where governments have banned cryptocurrency trading via banks, this holds particularly true. In Nigeria, Bitmama, like other local exchanges, rode the P2P wave in a bid to stay afloat of the ban early this year.

Interestingly, Iselema tells Techpoint Africa that the round was closed in May 2021, and the company has gone on a hiring spree, growing the team while looking to expand into other African countries.

And according to Akin Asalu, COO, Bitmama, “So, it’s basically product development expansion into sub-Saharan markets, enhancing the products we have, and doubling down on them. For now, we don’t see ourselves adding to them.”

Asalu joined the Bitmama team in May 2020 with previous founder experience at adtech startup, TaxiTV. The company enabled advertisers to target their audience on the go with partnerships with transport companies like Uber, GIGM, and ABC Transport.

Currently, Bitmama has recorded more than $6 million in transaction volume this year, with over 15,000 users across its two offerings, a number which Iselema says keeps growing every day despite very little marketing by them. And all of whom Asalu says are active users.

In defining what he means by active users, Asalu explains that every single month, they’ve seen each user perform transactions on the platform, whether buying and selling crypto or sending money to family members.

“So it’s just covering all those verticals on the app itself and being able to say that okay at every single point in this month, we’ve had each person do at least one transaction over the course of the month. So I’ll pretty much beat my chest and say 100%,” he concludes.

An interesting assertion, to say the least.

But apart from that is the issue of trust and building a suitable product for users. Asalu says the idea is to keep growing transaction volume while creating a product that fosters trust. Because in Iselema’s words, “People test, so you focus on making the platform work well.”

Initially, the idea was to bootstrap. Why? Iselema says she believed that as a Blockchain company, you might not need a lot of capital, but her outlook began to change.

“But when we saw that we had to pay developers, pay a lot more bills, only your funds cannot sustain it, and maybe the profit is not coming in as fast as you want.”

Essentially, they needed to raise capital to accelerate growth and hire more technical talent to improve their product offerings.

Although raising the money was not a walk in the park, it helped that quite a number of the investors were people already in their circle, so it was easy to begin the conversation.

Iselema says they are not looking to add to their product offerings. For now, instead, the focus is on expanding current products and adding new features. Perhaps why a lot of hiring occurred in the Engineering and Marketing departments.

There will also be expansion into some Francophone countries, Kenya, and Europe. A decision informed by the exorbitant cost to send and receive money despite digital advancement in recent years.

Over the next few months, Iselema says the company will be looking to support the Blockchain ecosystem and developers via hackathons and opening up its wallet API to allow developers to build new products on it. For now, that would be accessible for free.

This will enable developers to create wallets for users based on Bitmama’s wallet system. With this, they can store crypto or stake — locking crypto in a wallet to receive rewards.

The startup is also looking to launch a new product, Changera for businesses.

Currently, Changera allows individuals to send and receive money across the US, Africa, and Europe for as low as 2%; buy airtime or data, whether international or local; buy crypto on the Bitmama app using the Changera wallet, among other things.

Remittances contribute a lot to sub-Saharan GDP. in the last few years, Nigeria has seen more in remittance inflow than it gets from the sale of oil. But, it’s pretty expensive to send and receive money.

On average, a transaction of $200 could cost 8.02% in transfer fees. Compared to South Asia, where the number is 4.64%, that’s almost double the rate.

But with this new product, businesses can send and receive money using their wallet, pay bills, pay employee salaries, and hold multi-currency accounts.

With over 20 team members scattered worldwide, although Iselema says she cannot confirm if Bitmama is profitable, she says we should ask again at the Series A stage. A question we look forward to asking.