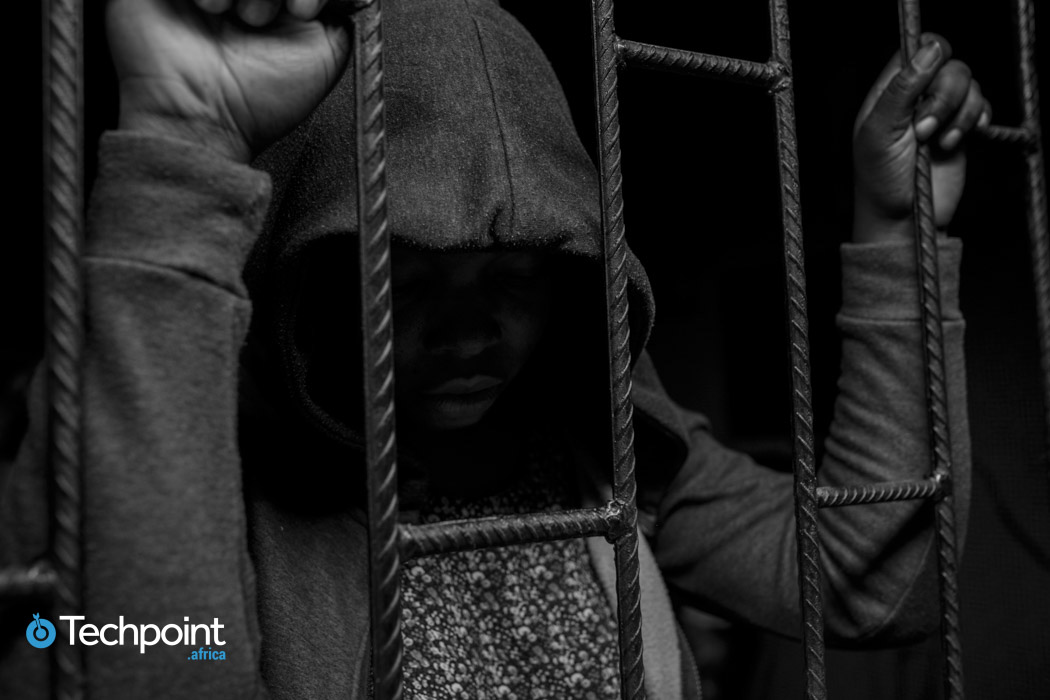 In August 2019, this hashtag filled Nigeria’s Twitter space as news of the abduction of Abubakar Idris, also known as Abu Hanifa Dadiyata, made the rounds. He was last seen at his home in the Barnawa neighbourhood of Kaduna, North-Western Nigeria.

Rumours circulated that the Department of State Services (DSS) — one of Nigeria’s national security agencies — had arrested him.

Dadiyata, a lecturer at the time he went missing, is a critic of the Nigerian government. He is a member of the People’s Democratic Party (PDP) and often butts heads with members of the ruling party — the All Progressives Congress (APC).

Two years on, and his whereabouts are still not known. He has become one of the disappeared.

But this is just one tale. Read on to Rebekkah’s to gain another perspective

Ten-year-old Rebekkah lived with her loving parents and two elder brothers in the peaceful town of Birkinpawa, Jos, Nigeria.

On the morning of August 19, 2003, Birkinpawa was attacked by the marauding members of the Boko Haram sect.

Rebekkah’s parents, who visited her aunt in the city the previous day, came back to a decimated village, their two sons’ burnt bodies and the destroyed structure of what used to be their home.

Rebekkah was nowhere to be found. They searched the rubbles of the entire village and couldn’t find a body even remotely like hers. Did the terrorists take her? Is she still alive? With no one to answer these questions, their daughter had become one of the disappeared.

But who are the disappeared?

The disappeared are persons who have been abducted, arrested, or detained by the government, state actors, or persons acting on behalf of the government; they could also be missing or abducted due to armed conflict.

According to the United Nations (UN) Declaration on the Protection of All Persons from Enforced Disappearance, proclaimed by the General Assembly in its resolution 47/133 of 18 December 1992, an enforced disappearance occurs:

According to the UN, once largely the product of military dictatorships, enforced disappearances can nowadays be perpetrated in complex situations of internal conflict, especially as a means of political repression of opponents.

By the UN’s count, hundreds of thousands of people have vanished during conflicts or times of repression in 85 countries.

Another important definition to consider is that given by the Statute of the International Criminal Court.

Per Article 7.2.i, enforced disappearance is the arrest, detention, or abduction of persons by or with the consent of the government or a political organisation, with the intent to remove them from the protection of the law while withholding information.

This definition adds another dimension to the discussion — political organisations.

To better explain, Ruth Olofin, Program Manager, CLEEN Foundation, defines the disappeared as “persons who have been taken away, mostly through the actions of state agents and have had no contact with their families or persons who have been affected through armed conflict.

“Maybe they are killed in the process of the conflict, or maybe they are recruited to fight on the other side against the state, and you may not hear from them again. You also have persons who have been imprisoned in various secret detentions, unknown to their relatives, and they do not have any legal representation.”

Similar to, yet not.

As my conversation with Catherine Angai, Program and Advocacy Coordinator, Democracy and Accountability, Open Society Initiative for West Africa, revealed, there is a technical angle to the definition of the disappeared.

She says, “a disappeared person from the UN’s definition would definitely have something to do with the government because there has to be someone responsible. A recognisable authority that can be held responsible for the disappearance. That is one way to look at it, in terms of the responsibility.”

“So there are clear lines of difference here for me, so the disappeared, in this case, show no traces, possibly death or detention, with no contact with family or a legal representative.

“Whereas, unlawfully arrested is an indication that you might be held up somewhere, but there is hope, the victim is claiming that he or she has not committed any offence, but they have been picked up against their fundamental human rights, and they are not provided with any opportunity to meet their family or have legal representation.”

Going by all we’ve said above, three things are immediately clear:

So, internally displaced persons and unlawfully arrested people do not fall within the ambit of this concept.

As of 2020, data from the International Committee of the Red Cross puts the number of missing/disappeared people in Africa at 44,000. More than half of this number — almost 23,000 — are Nigerians.

In Nigeria’s case, more than 90% of the cases result from the conflict in the country’s northeast; 57% are children.

In Ethiopia, more than 3,300 people are registered with the ICRC; 64% are women and children, with intercommunal clashes and migration being the largest drivers behind the caseload.

Who does this affect?

The immediate persons are the victims, most of whom are women and children. Apart from losing their human rights due to being outside the protection of the law, they are constantly afraid and might be tortured or beaten by their detainees.

Others include family members and friends of the victims. This is significantly worse in cases where the disappeared person is the breadwinner. There are also psychological consequences because of the mental anguish brought on by cluelessness about their loved ones’ whereabouts.

Also, communities are directly affected by the breadwinner’s disappearance, the family’s economic degradation, and social marginalisation.

How does tech help?

In April 2021, social media was agog with news of the abduction of Iniobong “Hiny” Umoren. And days before her body was found and her murderer arrested, the hashtag #JusticeforHinyUmoren trended, creating awareness daily.

However, the story became even more interesting after an investigation carried out by David Hundeyin, an Investigative Reporter.

Angai believes that social media has helped in tracking and creating awareness but what is missing is information aggregation.

“There has to be a deliberate way of aggregating the information and data of people that are missing in Nigeria. We don’t have a missing person’s register in Nigeria, which is something that the organisation that I work for is trying to explore.”

She then goes on to say, “there has to be somebody responsible. The whole concept of a disappeared person, or like the UN puts it, enforced disappearance, is that somebody made it happen, and somebody has to answer for the whereabouts of the missing person, and the responsibility must be the state’s.

“So in trying to draw upon that responsibility, there has to be a deliberate way of documenting disappearances in Nigeria.”

Nigeria currently does not maintain a missing people’s register. In 2016, the National Human Rights Commission (NHRC) revealed that it would establish a data bank of missing people in partnership with the Bring Back Our Girls Campaign.

However, it appears that there was no implementation because in 2019, Tony Ojukwu, Executive Secretary, NHRC, admonished the federal government to create a database of missing persons.

But Angai, who believes we might see some traction, says, “there is also growing interest in this area because of the heightened security issues that we are facing in the country and the sheer number of missing persons.”

Interestingly, Enough is Enough (Nigeria) claims to have established a comprehensive database and, since June 2019, has documented 110 missing persons. However, a visit to the website reveals only six entries, one being a jocular reference to Nigerian citizens.

Another platform is the Missing People website which enables people to report cases to create awareness. Currently, there are ten entries on the site.

Inevitably, the conversation goes back to Nigeria’s 13-year struggle to have a unified and effective identity database. In November 2020, the government rolled out a mandatory National Identification Number-SIM linkage exercise to help its case.

Since then, we’ve seen seven deadline extensions and assistance from private Identity-tech companies like VerifyMe.

Perhaps another partnership with private companies might do the trick here.

Other ID-tech startups playing in this space include BACE Ghana — which uses facial recognition software — and Youverify, an identity verification startup utilising an API.

Considering the large pools of data which would be collected, questions about data privacy may arise. There might also be fears of government misuse, as seen with the Chinese government using facial recognition software as an authoritarian tool.

A ray of hope?

But, while we are promised a register “soon”, we do not know when that would be. Social media, despite its ubiquitousness, is mostly used to create awareness.

Today, August 30, 2021, is the International Day of the Disappeared. It is observed annually to draw people’s attention to the plight of the disappeared even as we admonish governments to take responsibility.