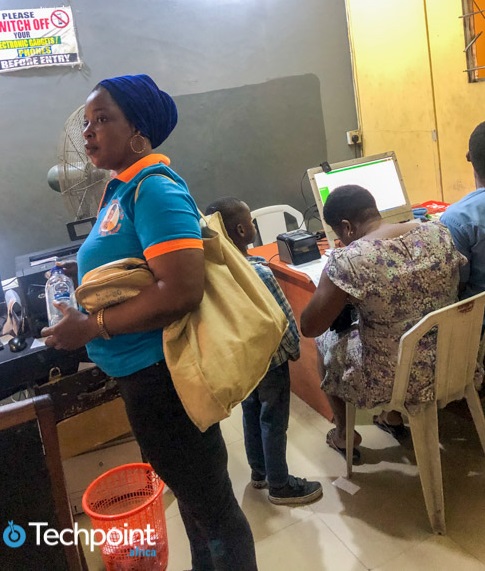 Tunji Oluwole returned to Nigeria from Atlanta, Georgia, in 2013. The US-based Nigerian businessman who came back with his family hired a cook who poisoned them. Unfortunately, they couldn’t apprehend the culprit who went by what they later discovered was a fake name.

This somewhat painful incident exposed the importance of digital identities and the gap that exists in Nigeria. The idea for a verification company was born, and VerifyMe was launched in 2014 to provide verified identities for individuals and businesses.

However, the gap was bigger than he had imagined. The identity problem wasn’t a security problem; it was an infrastructure and development problem, a financial problem, and a major economic problem. With this in mind, the company has since transitioned from an Identity verification company into a full-fledged ID-tech company.

Getting a digital identity, or any for that matter, in Nigeria is a tedious process. The landscape is fragmented, so people only get IDs — driver’s licence, permanent voter’s card (PVC), Bank Verification Number (BVN), and an international passport — when they need them.

According to Esigie Aguele, CEO of VerifyMe, the NIN was supposed to be the ultimate form of identification given to Nigerians at birth. He says that no other process collects as much information as the NIN registration.

The recent exercise is also for harmonisation and bringing the fragmented digital identity space under a central database.

“When you go and get your driver’s licence or international passport, there’s no need for these agencies to collect your biometric data as they could just jump off your NIN and complete your registration in minutes.”

Not repeating past mistakes

In 2007, the government created the National Identity Management Commission (NIMC) to create and manage a central identity database. But despite repeated rebranding and funding, the process of getting a national identification number or card remains a gruelling one.

Unlike the other means of identification, the NIN did not seem to have a clear cut function. Why wait for years for a national ID card when you can get a driver’s licence in a few weeks, at most?

In December 2020, the Nigerian government ordered a new registration exercise, and despite its awkward timing, the country has made significant progress. Ten million people have registered in the three months following the order compared to 47 million people in the last 13 years.

We curated Nigeria’s past problem in this article, but Aguele believes that the different strategy used this time is working.

After 13 years of snail-paced progress, the Nigerian government decided to incentivise the NIN registration process. People were to either register or have their SIM cards blocked.

The NIN has become a prerequisite for getting any other form of identification and shopping on global eCommerce websites like AliExpress and Amazon.

“One thing that is most important is the introduction of private companies into the mix; organisations that can spread the reach of the exercise to both urban and rural areas that have been underserved,” Aguele explains.

Aguele insists that the combination of incentivising the recent exercise and involving private stakeholders has made the difference.

“The law has always been there, but the enforcement of regulations like services cannot be accessed unless one has the NIN. That strategy, coupled with the inclusion of telcos, and players in the ecosystem like VerifyMe, made all the difference this time around,” says Aguele.

Aguele likens the new move to what happened in India, where the Asian giant used similar incentives to register over a billion people, making it the world’s largest biometric database. Laurin Hainy, CEO of FairMoney, had similar sentiments, which you can read here.

However, Aguele finds it difficult to justify the timing of the exercise due to the pandemic. He argues that while Nigeria’s security issues made it necessary, there should perhaps have been more stringent COVID-19 guidelines.

So far, the government has approved 87 private companies with the ability to register NINs, and non-governmental organisations (NGOs) have also been supporting them. Aguele believes the outcome has been excellent.

A major consideration, however, is the role telecom companies play.

“I think we stand the risk of having telcos become banks, KYC, and credit agencies in Nigeria, just because of the proliferation of licences for big organisations. I do think it’s a big challenge for us trying to bring innovation to the market and trying to build industries.”

Aguele argues that giving telcos permanent access to Nigeria’s KYC APIs, could essentially make them competitors to smaller verification companies, and that might not be good for the industry.

“It’s good for telcos to be part of the enrollment process, but there’s also the ID verification access which needs to be limited.”

So far, Nigeria’s mobile subscribers have dropped, and the embargo on new SIM registration has affected telcos and individuals alike. But these might just be growing pains that would bring much-needed rewards.

There’s room for more growth and Aguele insists that the government should do more to improve Nigeria’s ease of doing business. Historically, government policies and a lack of basic infrastructure have stood in the way of innovative entrepreneurs.