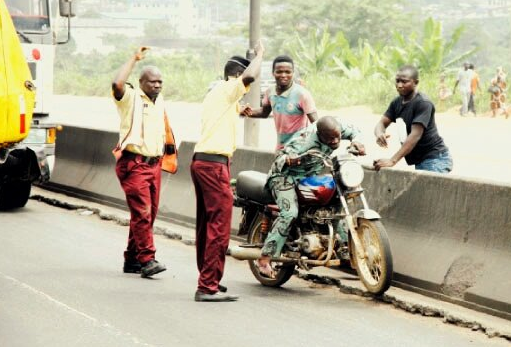 It’s about to happen: Lagos State Governor, Babajide Sanwo-Olu, has reportedly announced that a replacement for motorcycles would be launched across the state next week. Per The Cable, these replacements are last-mile buses that can access streets that Bus Rapid Transit (BRT) buses can’t reach.

Going down memory lane: In January 2020, Lagos residents received a rude shock when motorcycles with less than 200cc engines and tricycles were banned from some of the state’s major roads and streets. The ban took effect in February. Residents wailed, business owners complained, bikers protested, and other stakeholders called for redress, all to no avail.

The government said it was a painful but necessary decision to bring sanity and safety to the roads. It promised a replacement, which is coming 14 months later.

Back to the buses: If anything boosted the market for motorcycle on-demand services while they were in Lagos, it was easy navigation on the usually congested highways and the ability to cover long distances.

From the description, these last-mile buses would only ply designated routes. This means that they might not contribute to the congestion on major roads. But, they wouldn’t be relieving the mass transit buses either. How much of the gap that the Okada ban created would this alternative fill? That’s something to look out for in the coming weeks.

Many Okada and tricycle operators have continued to disregard the ban. And an eyewitness recently captured some riders on the Oshodi-Apapa Expressway.

Worth the wait? Would you consider this the right replacement? Hit Reply.

African telecom giant, Airtel, has announced its financial results for the first quarter of 2021. Airtel recorded impressive revenue and mouthwatering profits compared to Q1 2020. It’s no surprise that the telco generated more revenue from Nigeria than from all East African countries where it has a presence.

While mobile money and data revenue might have increased by 38.7% and 31.7%, respectively, voice still brought home the lion share despite only a 12% increase from Q1 2020.

Later today, you should totally check out my comparison between Airtel’s Q1 2020 financials and Q1 2021.

Other stories on Techpoint Africa