Inside 2 decades of mobile telecommunications in Nigeria 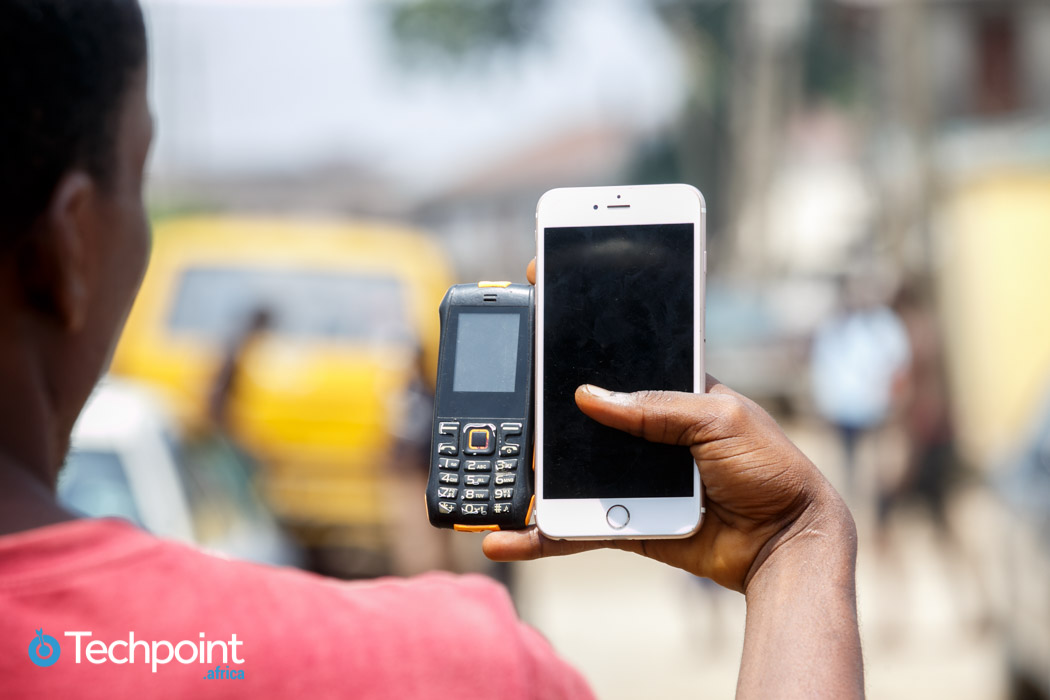 Editor’s note: This article was co-written by Oluwanifemi Kolawole.

Halima is a young and unlearned street vendor in her thirties. Depending on the season, she sells roasted corn, yam, sweet potato, or plantain on a busy street in Ikeja — a popular commercial hub in Lagos, Nigeria’s economic capital.

She usually displays her goods in front of one of the lock-up shops occupied by a laptop salesperson in the area. She plunks herself down on a stool on the walkway, leaving only a few inches for pedestrians and customers.

At some point, Halima fumbles through her waist purse and produces her mobile phone. She calls someone who tells her the current cost of plantain and how soon she can receive her supplies. Although basic, among other purposes it serves, the technology has provided her with timely information. It’s definitely making life easier for her, and the same can be said for many other Nigerians.

It’s been over 20 years since the Nigerian Communications Commission (NCC) held its GSM auction, but that landmark appears to have gone by without much notice. Perhaps, this was because of the recently lifted embargo placed on SIM registration which virtually stalled an industry that accounted for 12.45% of the country’s GDP as of Q4 2020.

Nevertheless, a tweet was enough to call people’s attention to how long the country has enjoyed mobile telecommunication and how it has changed every other sector of the economy.

20 years ago in February 2001, @MTNNG and @airtel (then called “Econet”) were licensed by @NgComCommission. And the world changed. Fewer things have been more revolutionary or beneficial to the country. Yet this milestone anniversary passed without a word. Strange.

If anything, the industry has steadily evolved to enable innovations and help the country compete technologically on a global scale. And over the years, mobile devices have become accessible and relatively affordable.

Evolution of mobile phones in Nigeria: How competition made expensive phones cheap

Beyond that are the measurable trends that the country has recorded in the process.

Steady increase in the number of Internet subscribers and cellular subscriptions

Nigeria has recorded a steady increase in mobile phone users since 2001. According to Statista, the country moved from 270,000 cellular subscriptions in 2001 to 185 million in 2019.

In a different dataset, the country experienced a 55.7% increase in Internet subscribers between 2015 and 2020, with a five-year projection showing a consistent climb.

Interestingly, we cannot put this growth down to Nigeria improving alongside the continent. Compared to other countries that came into the mobile telephony scene before Nigeria, the numbers are pretty impressive.

Another report revealed that Nigeria topped the list of Internet subscriptions in Africa in Q4 2020 with a wide gap. In the second to fourth positions were Egypt, Kenya, and South Africa, where mobile telephony was introduced in 1996, 1999, and 1994.

Launch of the first submarine cables

In 2001, Nigeria got access to a submarine cable for Internet connectivity. This was the SAT3/WASC cable that ran from Portugal to South Africa with connection points in West Africa.  Telecom heavyweights like Telkom Group, France Telecom (now Orange), NITEL, TCI — a subsidiary of AT&T Inc. — and VSNL were major investors in the project.

If you’re wondering, submarine cables are laid along the seabed and carry telecommunication signals between stations across different countries and continents. According to a 2012 Seapower Australia report, they transmitted approximately 95% of all international data between continents and islands.

The SAT3/WASC cable was the first to land in Nigeria, and it proved invaluable. A slight disturbance or disruption meant Internet disruptions in Nigeria and several other African countries.

In 2010, MainOne changed the game by launching Africa’s first private submarine cable on the West African coast. While the previous cable only had 800 gigabits, MainOne’s came with 10 terabits.

We’ve thoroughly documented the impact this cable had on Internet connectivity in West Africa, and you can feast on our insightful conversation with Funke Opeke, MainOne CEO, on the company’s tenth anniversary.

Since then, Nigeria has had the GLO-1 cable, the ACE cable, and the WACS cable, owned by Glo, Dolphin Telecom, and MTN.

These cables have a combined capacity of 40 terabits, but Opeke revealed that Nigeria barely uses up to 10% of this capacity. MainOne’s arrival was a big win; Facebook and Google’s impending cable arrivals will be massive, but much more needs to be done.

Etisalat (Now 9mobile), which launched in 2008, pulled out in 2017 due to rising debt as local investors took over Nigeria’s fourth-largest telecom company.

In a move that is probably the most outstanding landmark in the Nigerian telecommunication journey, in 2019, MTN listed on the Nigerian Stock Exchange (NSE), where it easily rivalled Dangote Cement as the country’s most valuable company.

This gave room for more local investors to participate in the stock market. The introduction of apps like Chaka and Trove made this even possible for a wider market.

Nigeria’s telecommunication sector would not be where it is today without important regulations. These regulations helped bring the GSM and the first submarine cable; at other times, they brought major shake-ups to the industry.

Image by www_slon_pics from Pixabay

A historical overview of the entry and exit of mobile telecom operators (MTOs) — since Econet and MTN got the first operating licences in January 2001 (based on MTN’s report) — in Nigeria indicates that the nation’s telecoms industry has been more competitive.

Previous Techpoint Africa articles established how and why this hasn’t exactly translated to affordable and accessible Internet services; apparently, several factors are involved.

Asides from the major four — MTN, Airtel, Glo, and 9mobile — there are also Internet Service Providers (ISPs) that are independent broadband providers.

On the NCC’s website, there are 55 registered ISPs servicing residents across the country.

In a recent study released by Ookla (the company behind Speedtest.net), Airtel and ipNX are named the fastest and most consistent mobile and broadband providers. Following them on the list are MTN, Glo, and KKONTech in the ISP category.

Interestingly, KKONTech wasn’t on the NCC’s list, as updated in Q3 2020. What does this mean? There are probably more ISPs that are yet to be recognised by the Commission.

This points to the possibility of less restrictive entry requirements for ISPs in the nation. However, the cost implication of deploying Internet infrastructure for last-mile broadband delivery around the country could be a challenge.

Gbolahan Awonuga, Secretary, Association of Licensed Telecommunications Operators of Nigeria (ALTON), confirmed this.  He mentioned that the Right of Way (RoW) cost slashed by some states and the Lagos State’s 6,000km fibre cable project would reduce some of these costs for MTOs and ISPs.

Initially, mobile phones looked as if they wouldn’t be available to the poor population, as established in this article, a situation that has changed over the years. Now, a large percentage of the population owns a mobile phone.

While Nigeria isn’t as big on mobile money as Kenya and some other African countries, mobile phones have hugely powered app-based and USSD-based fintech solutions. That most of Africa’s web traffic comes from mobile, 71.5% in Nigeria, is a clear indicator.

From average payment solutions to APIs, the Nigerian tech ecosystem has been leveraging mobile phone penetration to serve the populace, and fintech solutions have facilitated financial inclusion in the country. However, there’s still more to be done.