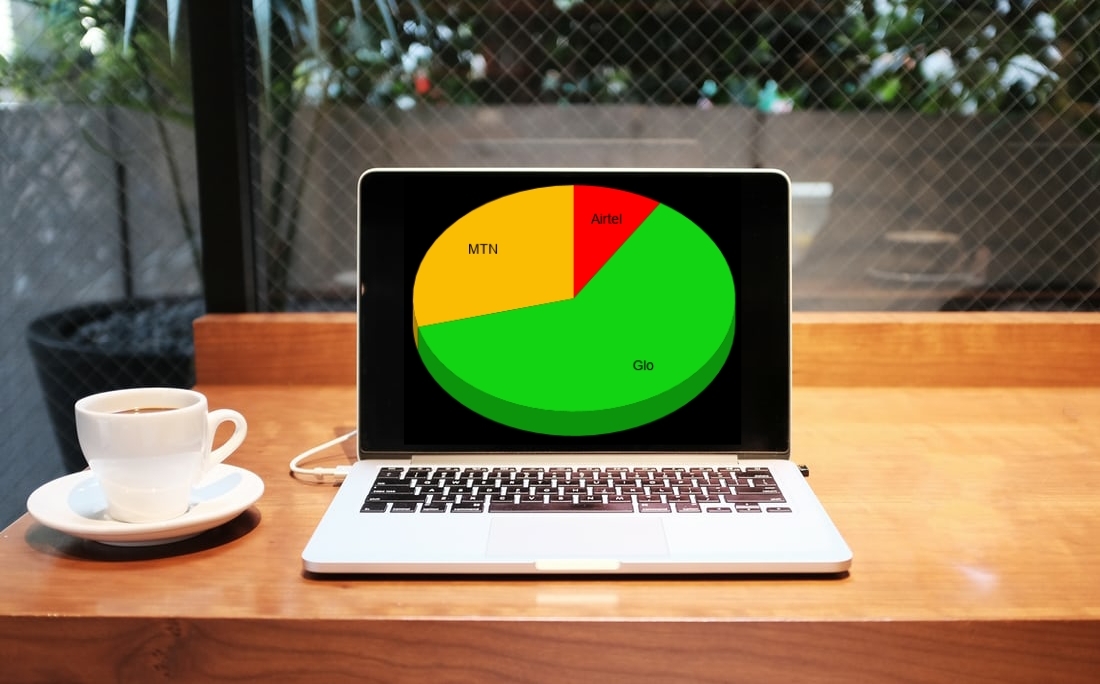 Despite the perceived negative effects of the pandemic, it appears several Nigerians increasingly subscribed to the Internet during the lockdown of April 2020, and the subsequent easing the following month.

According to data from the Nigerian Communications Commission (NCC), Internet subscriptions in Nigeria have increased to ~140.7 million, up by ~4.9 million since March 2020. Though this seems to be a considerable increase, the numbers are similar to previous records so far in 2020.

During the full lockdown in the month of April, Internet subscribers hit a massive 2.5 million; and with similar numbers in May, the numbers went to almost 5 million.

For Nigerian telcos, the subscriber numbers were broadly different and the massive increase in Internet subscribers were, in a large part, due to Glo’s performance.

Recall that Glo gained ~4.9 million subscribers in Q1 2020, and it appears more subscribers are flocking to the network.

Following surprisingly way behind is MTN, with 1.5 million subscribers gained over both months. During the lockdown, this number stood at a respectable ~700,000. Airtel rounded up the gainers’ table with just 41,000 in April and 490,225 in both months.

On the other end of the spectrum, the lockdown did not bring any respite for 9mobile. In April and May, it lost 204,000 and 302,000 mobile Internet subscribers respectively.

9mobile recently confirmed the appointment of a new and experienced CEO, and a gradual rebuild might get it back on its feet.

Where the subscribers are coming from is still not clear?

During the lockdown, there was a perceived increase in Internet activities both on regular channels and on less suspected platforms. Though telcos did not engage in any data battle, subscribers still trooped in numbers.

In Airtel and MTN’s reports in Q1 2020, they both referenced a spike in Internet usage towards the end of March 2020. While the effects of the lockdown did not feature much in their respective reports, based on NCC’s stats, it appears both telcos recorded just decent showings in terms of Internet subscribers.

Glo, on the other hand, has been recording weirdly huge numbers since the turn of the year and it’s not clear if the continued stellar performance was a direct effect of the lockdown.

With the shutdown of offices, event places and churches, it seems likely that a lot of users that have been offline shifted online. Video conferencing and streaming platforms like Zoom, Meet, Skype, and Youtube have become more popular.

In terms of eCommerce, Jumia revealed that several merchants have requested to be onboarded on the Jumia platform. Besides established players, fintech startups like Paystack and Flutterwave have begun launching their own eCommerce platforms.

Also, a number of government meetings have been held online during the pandemic. All these suggest a gradual digitisation process forced by the lockdown.

On the flip side, the economic effects of the pandemic have been harsh, and it is not clear how many of these new subscribers have remained active since the month of April.
Like any other world-shaking event, the pandemic has various kinds of effects. Internet-based businesses seem to be having a field day and Nigerians seem to be going online.
While data does not lie, without the proper context, it may not always tell the full story.