Twitter users can now express their thoughts with voice tweets, only on iOS 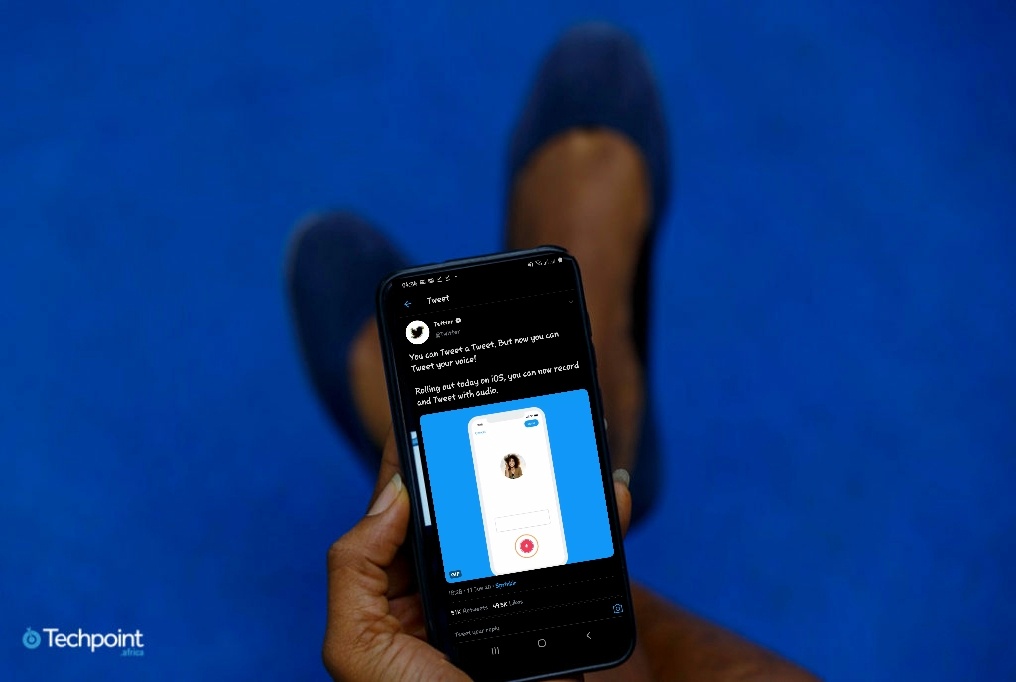 The audio tweet feature is targeted especially at podcasters, journalists, activists, advertisers, and other creatives that want to literally get their voices out on the platform.

It is also somewhat reminiscent of Orbi, a defunct Nigerian social network that was based solely on 9-second audio micro-posts.

For now, Twitter’s audio tweet feature is only available on a few iOS devices and will be rolled out fully for other iPad and iPhone users in coming weeks. This adds to the number of new tools that have been introduced into the app within the last month — from quoted tweets to the recent ‘test’ feature.

For tweeters with this feature, the ‘record’ option is available along with other tweet formatting options. Currently, audio tweets cannot be edited, and this may not be possible “until the recording needs of users have been figured out,” according to a statement by a member of the product design team.

You would agree that reading a long thread of text can be as tiring and time-consuming as it is to type it. Remember Glory Osei’s 182-tweet thread? That could have been a 15-minute podcast.

Speaking of length, a Twitter voice note can only be a little above two minutes per tweet. That means if the recording gets longer than this, it automatically breaks into an audio tweet thread.

Apart from other reactions trailing this announcement, questioning why Android users are excluded, this feature is not without its shortfalls. While some of these shortfalls are obvious, others will be noticed with time. One of it is inclusiveness.

For an app that has practically been based on texts, a hearing impaired Twitter user may need a subtitle to understand this type of tweet. Perhaps, an upgrade will provide this.

Although the voice feature will allow users to be dynamic with their expressions, there’s a possibility that it might increase trolling, cyberbullying, or hate speech, and this cannot be ignored. Twitter would possibly include a flagging mechanism to handle this in the future.

With the recent trend, users will expect Twitter to continue to pop up more surprising features. If anything, one would have guessed that the social media platform is going through a sort of remodelling.