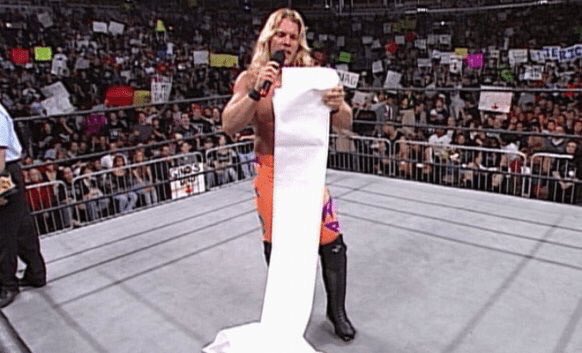 In October, Nigerian twitter was buzzing with allegations of scam and poor treatment of staff against popular social media personality and business owner Glory Osei and her husband Muyiwa Folorunsho.

They are both cofounders of Divergent Enterprises, the parent company of various business ventures including LandLagos and PorkMoney.

Glory (and her husband) were “dragged” on social media so much that she had to take a month-long hiatus. But she’s back!!! Back with a bang featuring a 182-tweet thread, attempting to clear the air, among other interesting things.

Some people were kind enough to summarise it for us

1. All the people she's been employing are lazy & not ready to work.

2. These people have also been stealing from her.

4. She got married for marrying sake.

A summary of Glory Osei’s thread is that Nigerians are lazy unambitious Nigerian youths who also stole from her.

She does not feel sorry for her actions because people have done her bad in the past.

She admits to continuing her slim tea business under false pretenses because of the money (FRAUD).

She did say “I apologize” but isn’t apologetic (FORMING VICTIM)

Her name is also Folorunsho

Finally, it’s a foolish rant of the guilty pic.twitter.com/3y4EgMpKhZ

Am I the only one that read Glory Osei's thread from the beginning to the end? 😳

I feel like Glory Osei purposely decided to write a long thread so we can all banter about how stupidly long it is and leave the actual issue of what she did cause she knows we ain’t gonna read that shit !

Glory osei is just a con artist who have mastered the act of emotional intelligence, to sway people away from the real issue by forming thick skin.

This her thread further proves that whatever she was accused of, she actually did it.

Glory Osei wrote the longest thread twitter has ever seen explaining something and then said she doesn’t owe twitter an explanation.

I started reading Glory Osei's trend to have full information about what she wrote just so that I can curse and shade her( because well, everyone on twitter is doing so). But Sadly, I read to understand. And after reading the whole trend I can now say conveniently, that I Stan.

Read Glory Osei's thread…
Read it without the hate you feel for her…
Read it with an open mind
There are so many truths in that thread.
Especially if you are an entrepreneur, business owner and employer of labor…

The highlight of the thread

You guys are just Dumb!!!!!! Like she said good chance she probably sold more coke than Jay Z. Not that she's richer than JayZ. You just can't read….. Or you can't comprehend #gloryosei

In 2045 when social media is being taught in schools and our children have to analyse Glory Osei’s thread 💀 pic.twitter.com/pMmd9NHqIW

When you start reading Glory Osei thread Vs after you’re done. pic.twitter.com/dKjQmavnGy

But the ultimate flex Glory Osei can ever have is if she ends the thread in number 419.

Even I will be in her side.

It’s our culture of not holding people accountable for the things they do that makes people like Glory Osei do all she did, go quiet for a bit, come back with shoulder pad and start shaming us for calling her out on a crime she’s NOW admitting she actually did

Even Donald Trump won't finish reading that Glory Osei thread if it had dirt on Joe Biden.

On Wednesday November 27, 2019, the Kenyan government launched the Building Bridges Initiative (BBI) report. The initiative is said to be aimed at national development.

“It was started on March 9th 2018 after president Uhuru Kenyatta and his closest competitor in the 2017 presidential election, Raila Odinga, decided to shakes hands and unite the country that was at the brink of war.  What is now commonly referred to as the Handshake in Kenya,” reads an article by Kenyayote.

You can find the full report (pdf) here.

Very pleased that BBI report fully recognizes Economic Blocs. The report captured the input of County Economic blocs in the progress and achievements so far. pic.twitter.com/ExJnijzI4x

Extract from Exec Summary of BBI report. This is all the BBI effort should have focused on….not all those many stories. All people want is meaningful incomes and dignified livelihoods #BBIReport pic.twitter.com/wzDTAXmdj7

Good Morning, I have unpacked the BBI report.

The last 15 notable points which didn't form part of the team's terms of reference are a game changer.

Dr. Collins Odote, Senior Law Lec.: If the Governor is a lady, The DG. must be a man & vice versa. In the vacancy of DG, Governor should appoint one within 90 days, if that does not happen, speaker should nominate one and pass it through county assembly #BBIReport pic.twitter.com/4eAYoD0yal

@MvuryaAnn today gave her sentiments on the BBI report and she Hope's that it addresses the challenges facing the youth.#AnnMvuryaOnBBI4Youth

Kenyans still need to look at the BBI report and include deputy PM positions. ~ COTU SG Atwoli on the report.#TonyGachoka pic.twitter.com/VhJEk57oAS

These are issues we should be dealing with on a daily basis. This should be the face of BBI report pic.twitter.com/0pRm4Mpkaf

Read this thread for the full gist of what went down at the proceedings.

The Kenya BBI Report being launched by the president at the Bomas of Kenya. A milestone in the history of the country! We ought to learn and selectively apply what is relevant to our context.

Some Kenyans were impressed

I really love the BBI Report.

Another reason why I supported The BBI report: For the 1st time in history, my county Embu will receive more than Ksh 10 Billion annual allocation from the national government. This means more development. #iSupportBBI #BBIReport #BBIKenya pic.twitter.com/mRxcVTOVP7

What stands strong according to the BBI Report is that no presidential candidate will feel left out i.e Prime Minister/Opposition posts have created in place. This is truly a sign of UNITY.

Others, not so much

I have read the full BBI report. A thumping endorsement of the wretched status quo. A total repudiation of a bright future. Desultory and Insincere. A report made to entrench the rule of the ruling class. A false dawn. Another instance of CRUELLY taking the people for ride. pic.twitter.com/1UOE3l6tWF

[Thread]
1/ The BBI Report is a terrible anti-climax, and carries mixed results. This thread will interrogate those recommendations. Broadly, the recommendations do not reflect the urgency, influence and prominence that supported its mandate.

This BBI Report is a scam to kenyans. Mp seats haven't been reduced, they've added the prime Minister seat for Raila, it doesn't speak about what will happen to the corrupt leaders since they are all corrupt, 90% of the leaders are corrupt to the core. Pure BS👇 pic.twitter.com/fL6h9dx6e6

See, Uhuru is the problem. He doesn't see the need for people who disagree with him and others like him to be given a chance.

BBI report can't unite Kenyans when the President thinks that those who disagree with him shouldn't speak their minds. #BBIReport

As someone who is critical to Kenya’s policy towards Somalia, it is very clear Somalia has a lot to learn from Kenya. Look at this- govt and opposition standing side by side ( BBI report). Can you ever see happening in Somalia? Can common sense of working together prevail? pic.twitter.com/y6vh1Xj6iF

Many of you with opinions on rejecting or accepting the BBI Report haven't read it.

The report is not for rejecting or accepting.

The report is for debating on the solutions that Kenya needs.

It is also for you to bring on board those solutions in your mind.

Uhuru should be careful soo much about this BBI report. Raila will not make you a prime minister. If Raila becomes president Junet or Joho will be the prime minister and uhuru will be P.O BOX gatundu. Mark my word

Fireboy got 7millon stream under 1hour on audiomack for a name just announced 1 year to afro beat this huge and massive
I celebrate greatness shout out to team ybnl and everybody streaming @fireboydml @olamide_YBNL @idjenimoney @Jada_me pic.twitter.com/uFa4BVtZ4C

Laughter, Tears and Goosebumps worth listening to.

I love songs with dope lyrics.

Lemme break down Fireboy album for you.

Tears – if you’re team “God, when” some of the lyrics will remind u of your loneliness

Fireboy dml – Like I do
Fave fave fave 🔥🔥@olamide_YBNL

We can't deny the fact that Olamide has paid his dues and also paved way for the likes of Lil Kesh, Adekunle Gold, Chinko Ekun and now Fireboy by giving them an opportunity. I feel Lil Lesh was too quick to exit the label though.

Now I know the reason why Fireboy DML didn't feature anyone on his debut project #LTG album.

Olamide made us know Naira Marley.

Olamide made us know Zlatan Ibile.

Same Olamide is doing magic with Fireboy in the entertainment industry

FireBoy's Album has to be up there with the best this year, 2nd to African Giant in my Opinion. Too many Good Songs all written by him with no Features, for a debut album that is a Statement of Talent. The Future is Bright ⭐

Fireboy did that ; what a good debut to usher in to your career . He’s the real deal , this is really good !

Everybody saying Fireboy; Laughter, Tears and Goosebumps is the best Nigerian album in 2019 after African Giant lmao
Where una put the so called "classic album" A Good Time?