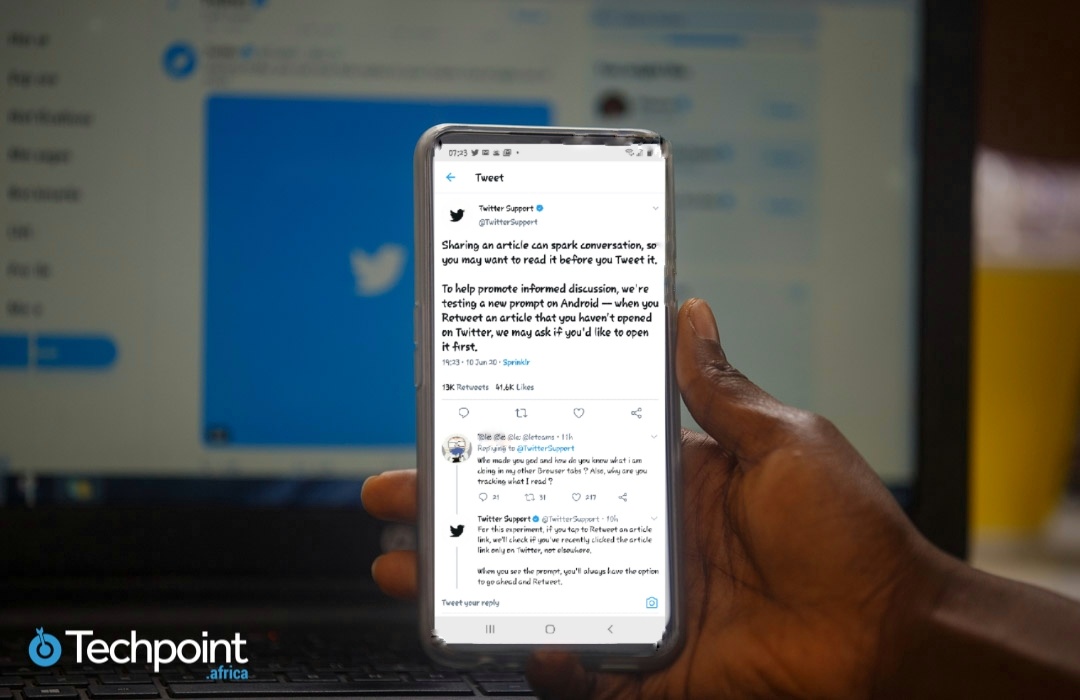 Yesterday, Twitter started testing a new feature on the Android version of the app. This feature is a prompt that pops up whenever a user taps the ‘Retweet’ option, it requests if the user has opened the post before deciding to share it.

Sharing an article can spark conversation, so you may want to read it before you Tweet it.

To help promote informed discussion, we're testing a new prompt on Android –– when you Retweet an article that you haven't opened on Twitter, we may ask if you'd like to open it first.

According to the statement, this prompt will display options on whether to open the article before going ahead to retweet or do so without reading. It is believed that this only applies to tweets with links. As of now, it is only available to select users.

To calm some intrusion concerns raised in reaction to the statement, this feature cannot verify if the user has read the post on another device or opened it in a different browser.

It also does not deprive any user of retweeting a post either it was opened or not. Instead, it serves as a reminder for the importance of sharing only what is confirmed to be worth sharing.

Similar to the WhatsApp’s feature that restricts the number of people a user is permitted to forward a message to at once, Twitter probably introduced this new effect to make users aware of spreading misinformation and perhaps reflect on the post before sharing it.

The Internet, especially platforms with high social engagement, is known to be an avenue for spreading fake news. However, every user should be aware that whoever shares a post is as liable as the person that made the post.

In the space of one month, this is Twitter’s third experiment with features that check users’ activities. A few weeks ago, Twitter tested a feature that allows users to limit who can reply to their tweets.

For people with the feature, they can decide to either allow only those they follow or tag only people they wish to receive replies from. The other feature warns whenever a tweet has the potentials of being hurtful or abusive.

It is not certain when this feature, like previously tested feature, will eventually be rolled out to all users. In the meantime, this ‘test’ prompt hopes to bring sanity to the use of the retweet option while users await Twitter’s native quoted tweets feature.