How to raise women’s interest in tech; a long-term approach 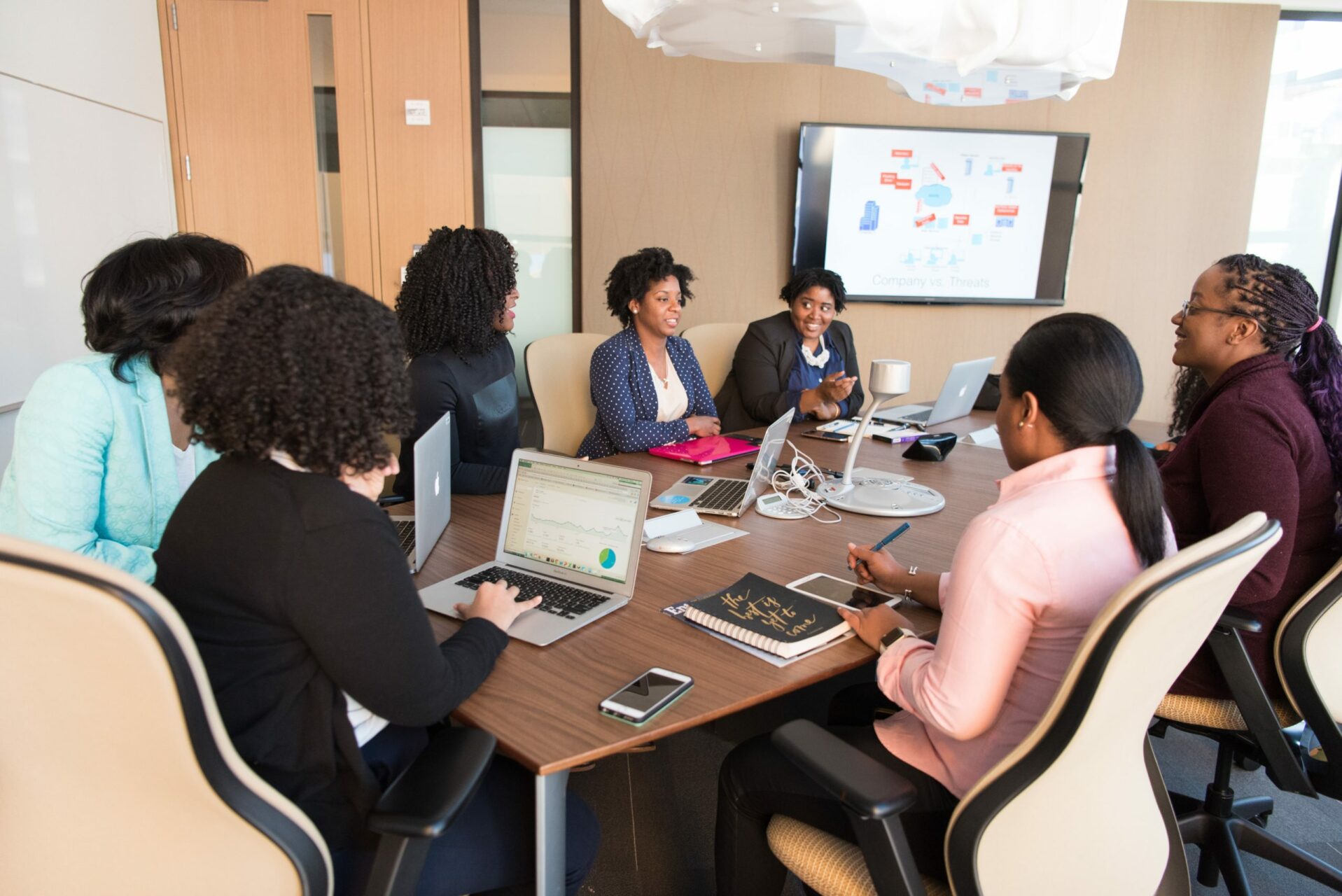 Funke Opeke, CEO of MainOne, a communications services company, has been active in the space for more than a decade, assiduously solving West Africa’s connectivity problem.

But if there are to be more Opekes, the list of women in tech needs to grow, quickly. Unfortunately, this isn’t happening yet.

Case in point, in 2018, Techpoint Africa, in partnership with a digital artist, Nihinlola AyoOluwa, published a compilation of individuals who revolutionised Nigeria’s tech industry. Of the ten that were profiled, only two were women. And this is not surprising.

It can be inferred from this result that at the time, women had only 20% active representation in tech, and there are other reports lending credence to this.

According to the McKinsey’s Women Matter Africa report (PDF), in 2016, only 5% of tech company CEOs were women, while 29% of senior managers were women. The report also revealed that only 36% of promotions in organisations go to women in Africa.

Although a TechCabal report on Nigerian Women in Tech showed that the percentage of women participants in tech is increasing by the year, the current number is a far cry from what is possible.

In an alternate world, more women should be CEOs of giant tech firms and they should get credit for their exploits, but this isn’t the reality. Perhaps, there is a logical explanation for this.

Despite the uncertainties, all hope is not lost since the past decade has seen more women performing exceptionally in the industry.

However, controversies around gender inequality in the workplace and how it discourages women from thriving still exist.

Going by this school of thought, there is a high tendency for women to be invisible within an organisation — a situation that may have resulted from some gender stereotypes. And female founders and CEOs seem to mostly be at the receiving end.

According to TechCabal‘s report, 55.6% of founders under review attested to the fact that most of the challenges they face are gender-based, especially when it comes to funding.

“The difficulty of raising capital is one of the biggest hurdles female entrepreneurs across Nigeria and Africa face. It is six times harder to secure funding than it is for our male counterparts due to cultural and societal barriers that limit a woman’s access to financial capital and this is despite research showing that women deliver more revenue growth, financial efficiency and value in the long-term than male-led businesses,” Funmi Adewara, founder/ CEO, MobiHealth, stated in the report.

Ironically, it is a different story with intermediate and lower-level participants in tech — developers and students studying STEM courses.

According to the report, despite the male dominance at these two levels, the challenges women face do not revolve around gender-bias. For instance, both genders deal with low pay and have to compete for jobs.

In recent years, steps taken to fix the issue of underrepresentation of women in tech, globally, have been focused on students studying STEM courses in high schools and colleges.

Although this may not immediately be the solution to the problem, it is only a matter of time before results are visible. By the time interest is piqued at the basic level, only a little effort would be needed to replicate it among developers and high-profile players.

As is the case for many, there exists the need to assume some typical identity roles based on gender from a young age, and this is primarily influenced by the family.

Is it possible to ignore the fact that this may have contributed greatly to the low interest currently being experienced?

Stephanie Obi, a Nigerian tech entrepreneur and coach, shared the story of how her mum went against stereotypes to help her develop an interest in technology at a very young age.

“I had access to a computer at a very young age, which my mum bought for me. And that’s what inspired me to study computer science. It intrigued me and I decided to learn more about it.”

This lone gesture may have formed the bedrock for her career objectives — creating an appetite to adopt tech solutions, training women on how to develop and adopt tech tools to promote their businesses, and overall, become digitally literate.

“I had exposure to technology, and because of this, I always see tech as an enabler and it has helped with my career,” Obi adds.

“The change must start at home and be encouraged in schools and extracurricular activities, which is already happening.”

Obi opines that girls’ disinterest in tech cannot be separated from how it has been presented as something difficult, which they are unfit for. She calls it “a branding problem.”

Begho’s view is that “society positions STEM as something that is exclusive to boys, which is why very few women venture into STEM-related careers. This is not just a function of our educational system, it starts at home where mothers leave everything technology to their husbands or sons. This unavoidably influences how young girls see technology and their role or relationship with it.”

According to the report, the research, which covered students studying computer science, computer engineering, electrical/electronic engineering, and mathematics at the University of Lagos, revealed that women are scantily represented in these departments, sometimes as low as 19%.

However, it appears this may be the case only with public institutions. Obi and another female software engineer responding to Techpoint Africa, aver that there was a fair representation at their different private institutions.

Even then, having a successful run at the tertiary level does not guarantee a smooth run in the real world.

A female electrical/electronic engineering graduate shared how she was excluded from certain tasks because of gender discrimination during an internship.

How to break the cycle

Obi thinks if tech is not demystified for some older women who had no interest, in a few years, it will be replicated in their female wards, and the cycle will continue.

“One of the ways to solve this problem is by showcasing more women making use of tech. It is true they don’t have enough female role models, but if we have more tech-enabled mothers, we will have tech-savvy girls.”

While explaining how she’s been able to draw many women to tech, she speaks of making them realise how it increases their productivity.

“Make them understand that they should learn technology for the sake of something. Tie technology to what is important to them, and you’ll get their interests.”

If anything fuelled Obi’s interest in tech, it was the realisation that she could get tasks done easily with it.

“Although I knew about tech, I had other interests in the fashion business. But when I had a problem in the business, the only way I could think about solving it was to use tech. This came easily because I had a tech background.”

These industry players have stressed how literally focusing on the bias and non-inclusion within corporate organisations and tech companies may not solve the female-inclusion problem in a male-dominated space as much as dealing with it at the foundational level will.

“Tech is amazing and fun, embrace it. It’s also the single field that is relevant today and will remain relevant for the foreseeable future. So the question is, ‘Do you want to actively participate in the economy or not?’ Today there really is no reason why women should not participate in tech,” Begho concludes.