Lagos Okada Ban: A policy expert walks us through some burning questions 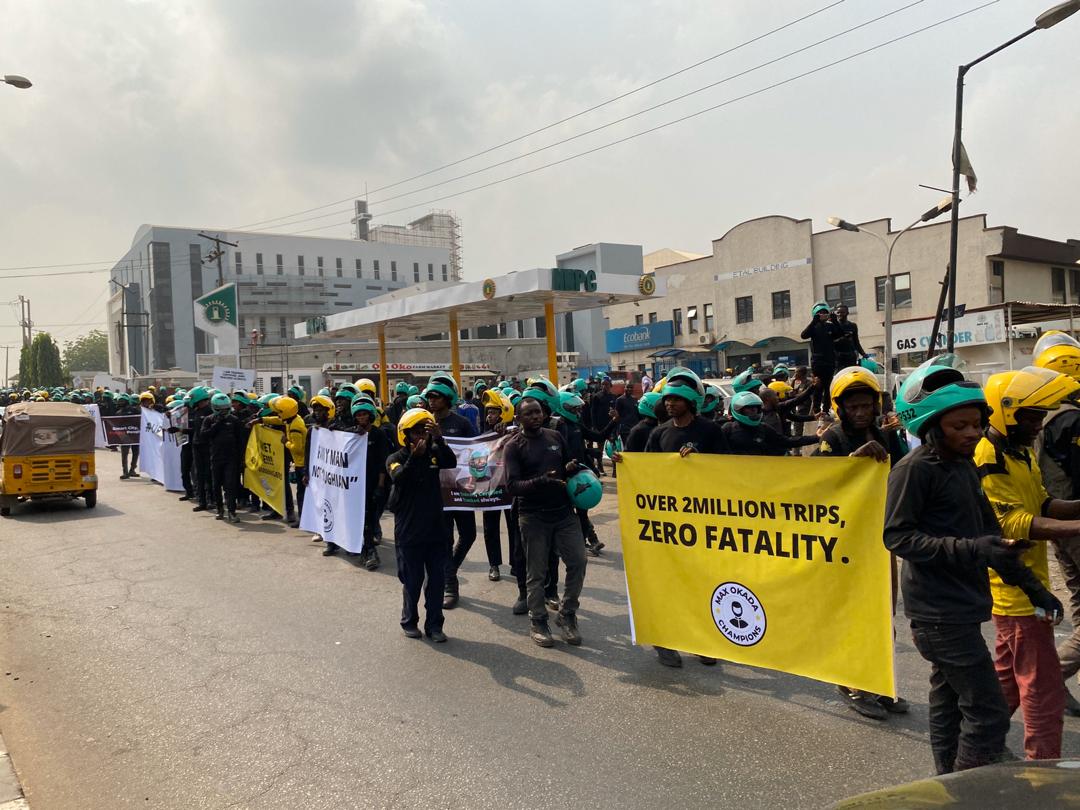 Last week, the city of Lagos was rocked by the announcement from the office of the commissioner for transport, that effective February  2020, all forms of commercial motorcycles (okada) and tricycles (keke) which included platforms like Max, ORide, and Gokada will be banned from major highways in the state.

Before this directive, reports that ride-hailing startups were obligated to pay ~₦181.8 million $503,000 annually, showed signs that all was not well between ride-hailing platforms, transport union members, and the state authorities.

In a piece by our legal and policy columnist, Enyioma Madubuike, the ramifications of this directive were explored, and in this piece, Kayode Adegbola, Founder, and Lead Advisor of Golborne Road Advisory — A firm that helps clients navigate the regulatory landscape in Nigeria — shares some thoughts with us.

Kayode Adegbola practised law in a few Nigerian law firms before going on to the public sector; after that, he joined the Lagos State Employment Trust Fund (LSETF). Afterwards, he left the public sector and joined Gokada, the ride-hailing company, as director, government regulations and regulatory affairs.

After a six month stint, he left Gokada to start Golborne Road Advisory, where he is Lead Advisor.

Is the directive in agreement with the law?

When the directive was passed some questions were raised about its legality, as the laws referenced by the commissioner — The Lagos State Transport Sector reform laws of 2018 — exempt bikes with 200cc capacity and above from the okada highway ban.

This itself was a provision that first appeared in the Lagos State Road Traffic Law of 2012, during the tenure of the then governor, Babatunde Fashola, who first announced the ban on Okadas in the city.

Adegbola, however, believes that the laws did not anticipate the subsequent change that was to come to the transport industry.

“I do not think the Lagos State Government anticipated or intended for the 200cc exception to apply to bike-hailing companies, as the global ride-sharing industry had not manifested at the time… In fact, I think the 200cc capacity provision was to give room for logistics and dispatch riders around the city.

“But the law has a provision that allows the state’s commissioner for transport to make a number of regulations as regards issues that cover the transportation sector, and it is that provision that has been exercised, leading it to restrict movements of motorcycles in 6 local governments in the state,” says Adegbola

Considering this line from the Lagos State Road Transport Law, this assertion is not far fetched.

“Subject to Section 38 of this Law, the Commissioner may make regulations providing for any matter necessary for the purpose of controlling the use of motorcycles and tricycles in the State.”

Could this have been prevented?

As commuters, commercial keke and okada riders, and staff of ride-hailing platforms begin to feel the effect of this ban, one cannot help but wonder if this could have been prevented.

Adegbola seems to think it might have been possible, but ultimately, the ball was in the court of the government.

“The government has the power to issue such a restriction and considering what happened, the only thing that could have possibly prevented it, would have been increased engagement between the union of road transport workers, the ride-hailing platforms, and the government themselves,” says Adegbola.

This is especially telling considering that the roundtable discussions, held between ride-hailing platforms, transport unions and the state government late last year were unproductive.

Could there possibly be a reversal?

With the resulting traffic in some parts of Lagos and riders’ means of livelihood under threat, the hope of a reversal is probably at the forefront of most people’s minds.

The commissioner stated that the ban was put in place to stem the tide of road accidents and insecurity in Lagos, and as for the possibility of a reversal, Adegbola does not rule anything out.

“Nothing is absolute,” he insists.

But what about the low accident rates reported by startups?

Speaking to Techpoint, a representative of OPay placed the accident rate on the ride-hailing platform at 0.03% of the total number of recorded trips. The likes of MAX.ng and Gokada, have also reported very low accident rates in the wake of this ban.

However, Adegbola believes there’s a certain narrative that might not be immediately obvious.

“Yes, the accident rates are low,” he affirms, “but when you speak to someone in the hospital, like the orthopaedic unit, for instance, the people who are injured are not in the position to say that it occurred in an x kind of bike or a bike belonging to x company. All that will be said is that the accident occurred through an okada,” Adegbola concludes.

As stated in the previous question, deliberate engagement with the government, where these issues are addressed could be of utmost importance.

Could regulation be in the works?

“Regulate us, do not ban,” some protest placards read.

Taking previous statements by the Lagos State Government into account, the possibility of regulating ride-hailing platforms had seemed more likely than an outright ban.

Just like the high entry barrier in the case of fintechs, this did not seem to be a favourable bargain for these mobility companies.

However, regulations have been shown to keep businesses accountable and Adegbola insists that it would be wrong to assume that the government would make it difficult for operators to acquire those licences.

“More than the financial barriers to entry, I imagine there are certain expectations that the government might have in such a case such as due diligence on drivers, ability to use technology to understand and lift the profile of the passengers, minimum fleet size, geographical spread, engine capacity, and life assurance for drivers and passengers,” states Adegbola

What other alternatives could have been used by bike riders instead of resorting to violent protests?

The streets of Lagos have been agog with protests from bike riders and there have been unconfirmed reports of violent clashes between protesters and the authorities.

Adegbola believes that there are better ways to resolve these issues than resorting to violence.

“I always advocate engagement and in some cases, collaborative engagement. And this is the situation where issues like competition and rivalry should be set aside to drive engagement with the relevant authorities for the greater good of the industry,” Adegbola advises.

“This will involve all those affected, including the regular bikers and the affected bike-hailing startups, engaging the relevant stakeholders in the industry instead of resorting to violent protests,” says Adegbola

Considering that a ban on regular commercial bikes and tricycles could also mean reduced revenue for the different road unions in the state, it might indeed be an opportunity for collaborative engagement alongside ride-hailing companies.

What could be the solution going forward?

Adegbola believes this is an attempt to sanitise the Lagos transport system, while also tackling security concerns.

“I expect that if there is a need for adjustments, the government will make those adjustments.

“I believe we should be moving towards regulation, without of course neglecting the issues that have been raised,” says Adegbola.

“Both sides — the government and commercial riders — should avoid throwing the baby out with the bathwater.”