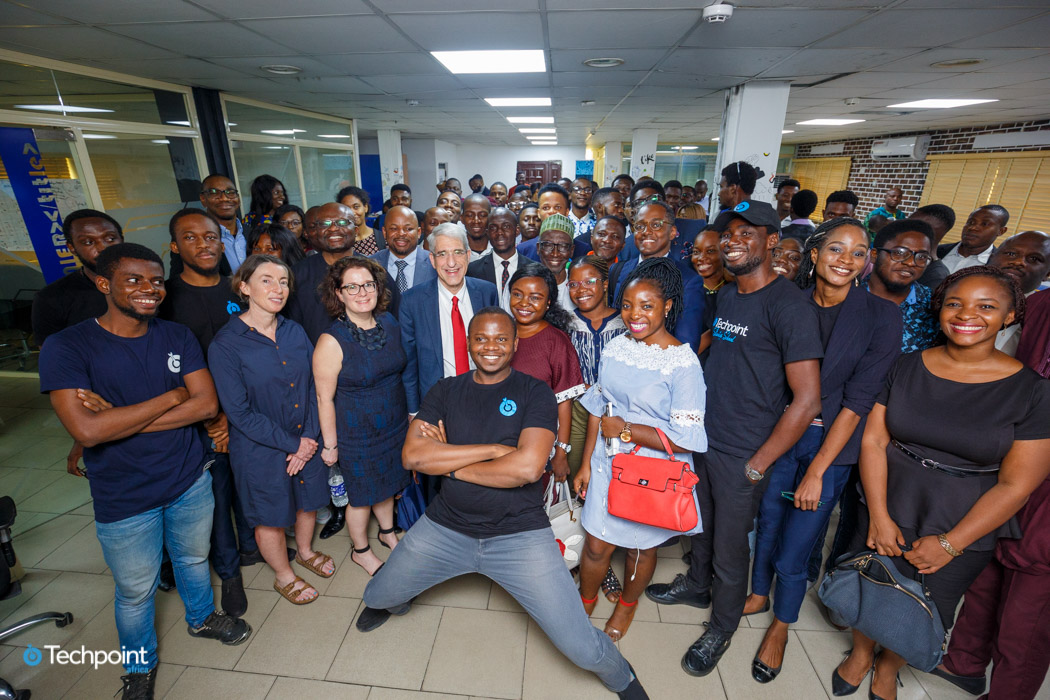 Salovey was accompanied by a few other Yale faculty, staff members and alumni

The town-hall meeting kicked off at about 4:15 p.m.

Isioma Utomi, Executive Director at Centre for Values in Leadership

In his opening remark, Salovey spoke about Yale’s Africa Initiative, which he introduced when he became president in 2013.

He also highlighted that they have more Yale students working around research, internships and study in Africa and they are on the look out for more opportunities to collaborate through partnerships in Africa.

Most importantly, Salovey said that Yale University is “building up capacity to provide education for people interested in entrepreneurship or a career in innovation. People building startups or simply learning to think like someone who builds startups.”

A primary purpose of the town-hall meeting was for Salovey and his team to gain valuable insights about the local tech entrepreneurship ecosystem, towards building said capacity.

To kick off the conversation, Techpoint Africa Editor-in-Chief, Muyiwa Matuluko gave a brief presentation on how media has shaped the local startup and technology ecosystem in Nigeria.

After he spoke, Tosin Okojie, a Yale Alumnus and Senior Director, Financial Planning & Analysis at Andela, shared insights on the potential of tech talent in Africa

As soon as the presentations were done, the floor was open for organic conversations.

.@Techpointdotng CEO on the influence of language & culture in the African tech ecosystem.

Most of the conversations centered around policy, culture, tech education and funding

Afterwards, Salovey gave his closing remarks, in which he thanked everyone in attendance for sharing