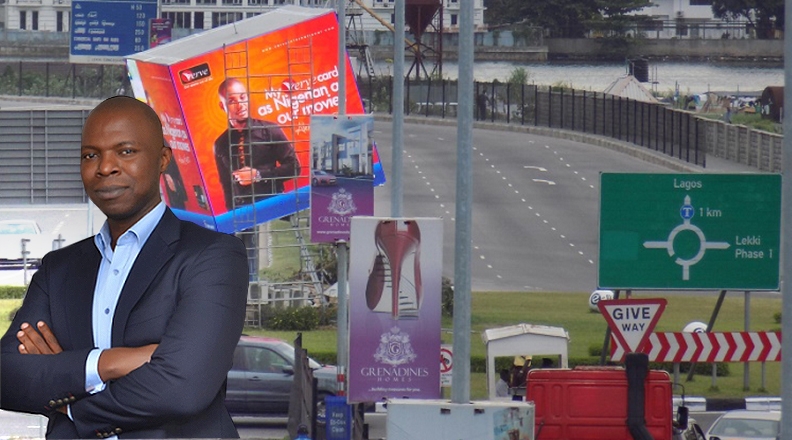 In May 2006, barely six years before he started Konga in 2012, Sim Shagaya quit his job as Google Africa Lead to focus on running his first company — E-Motion Advertising. He had started the company in 2005, while still at Google. Still alive and running today, the outdoor advertising firm recently got acquired by fast-rising Lagos-based advertising company, Loatsad Promomedia.

E-Motion Advertising is reportedly a profitable venture, with billboards and other outdoor advertising properties in prime locations across eight cities in Nigeria. Perhaps its most prominent property is its ‘Static Cube’ board positioned within Lekki Roundabout, along the Lekki-Epe expressway in Lagos.

E-Motion’s Static Cube board, along the Lekki-Epe expressway in Lagos, Nigeria.

Rumour has it that former Konga investor, Kinnevik invested at least $1 million in E-Motion Advertising. This was apparently before Sim left to found Konga in 2012, for which he went on to raise an accumulated $36.1m from Kinnevik too.

It is not clear if Sim retained his stake in E-Motion, after he left, or benefits from the recent acquisition in any way. The company’s website lists him as a director. But it also erroneously identifies him as ‘CEO of Konga’ — Sim stepped down from that role in January 2016 — so it should probably be taken with a grain of salt.

Quite the serial entrepreneur, Sim Shagaya has started an exited three companies so far — E-Motion Advertising, the now defunct DealDey (also once a Kinnevik beneficiary) and Zinox-owned Konga.com.