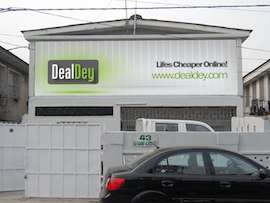 Apparently, following multiple call-outs on social media, the official DealDey account had been requesting payments details to make refunds to customers being owed on deals and services.

Hello, we apologize for this. Kindly send us your registered email address and we shall send you a refund

At press time, Techpoint was unable to confirm if all complaining parties got refunds.

Contrary to popular belief, a source said the company actually shut down around the first week of December.

There has been multiple speculations since then as to why the seemingly thriving company fell off track without any signs of ailing. However, new unconfirmed reports have emerged showing DealDey was dysfunctional.

“DealDey died in 2015 and it is surprising that a lot of people do not know. People were just reporting to work and going through the motion. Everything mirrored to the general public has been a facade to pretend normalcy,” a former employee of the company said in a telephone conversation with Techpoint.

The employee said management became a mess at that point and everything just went downhill. One other employee corroborated the claim.

“Yes, very correct. After 2015 nothing was ever the same, it just became a walking corpse afterwards,” they said.

Four years ago, in November 2015, the company reportedly laid off 60% of its staff, but another former employee affected by the retrenchment exercise said the correct figure was way above 80% of the general staff.

“They let nearly everyone go at that point and for me and a lot of people this is the point where the decline began.”

The company’s office in Ilupeju is currently under lock and key with instructions reportedly given not to let any of the former staff in. A reliable source said this order was handed down by the CEO. The source also claimed the directive was necessary because members of staff are owed salaries.

DealDey’s death is the latest in a string of multiples in the Nigerian internet startup scene, especially e-commerce.