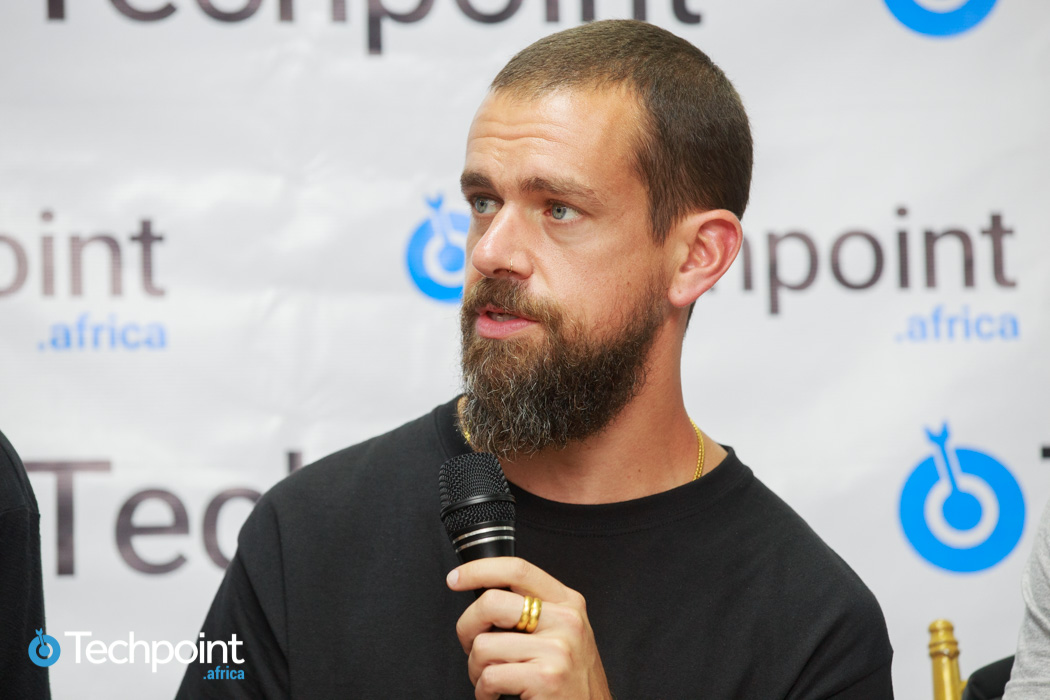 A couple of days ago, Jack Dorsey, Twitter’s co-founder and CEO, made his presence in Nigeria known through a tweet.

One of the arranged engagements for Jack — who is also the co-founder and CEO of Square — was a town hall meeting at Techpoint’s headquarters in Lagos.

“I want to understand the challenges of starting a company here and figure out a way I can support,” Jack claimed.

He also revealed that there are plans to hire Nigerians to work remotely for Twitter as well as Square.

“Speaking specifically about Nigeria, in the future, many of our customers will be from here [more] than there are today. There is [a] massive opportunity here for Twitter because Nigeria has many technical talents and impactful public conversations happen here too,” Parag added.

Here are highlights of the town hall meeting.

After listening to Dara Oladosu talk about his Twitter bot — @QuotedReplies — Twitter’s product lead, Kayvon Beykpour offered him a job on the spot.

Kayvon went as far as offering Dara his seat on the panel.

And in what seemed like a confirmation of Kayvon’s job offer, Jack asked Dara to wait behind when Adewale Yusuf — Techpoint’s CEO — asked Techpointers to join the Twitter team for a group picture.

Suggested Read: “Things went way better than I expected,” creator of Quoted Replies reacts to getting a job offer from Twitter

Parag had earlier pointed out that the company is working on decentralising its workforce.

Interestingly, Kayvon joined Twitter, along with Micheal after it acquired his startup, Periscope.

Jack, reacting to a question of Nigerian representation on Twitter, simply quipped, “not enough.”

Corroborating this, Kayvon added, “I’ll just say not enough, and that’s one of the reasons we’re here. We sense the impact that can be made is relative to the number of people.”

These responses pointed to the fact that the micro-blogging platform only has a small fraction of the 98.39 million active Internet users in Nigeria.

Responding to a question from the moderator, Jack revealed that he would be spending six months in Nigeria (or another African country) in 2020.

“I want to live here for three to six months next year, full time, no travelling.”

However, Jack didn’t mention what he would be doing during this period.

Practical tips on how CEOs can manage their startups

Sharing his experience as CEO of two companies, Jack touched on how setting priorities and creating team dynamics can be key to a company’s success.

He further stated that CEOs should ensure decisions are made with rich context that can properly address solutions.

He went on to say entrepreneurs shouldn’t set mediocre goals.

“We often raise bars on what we think is possible. We do things that scare us.”

“Remote work helps me connect well with my team.”

Jack mentioned how working from home on Tuesdays and Thursdays helps him bond properly with his team.

He added that this gives him ample time to have elaborate discussions regarding the company’s growth.

“Working remotely twice a week gives me so much time to focus. When I invite these three over, we set apart three hours to have deeper conversations and make tactical plans we may not have in the office environment.”