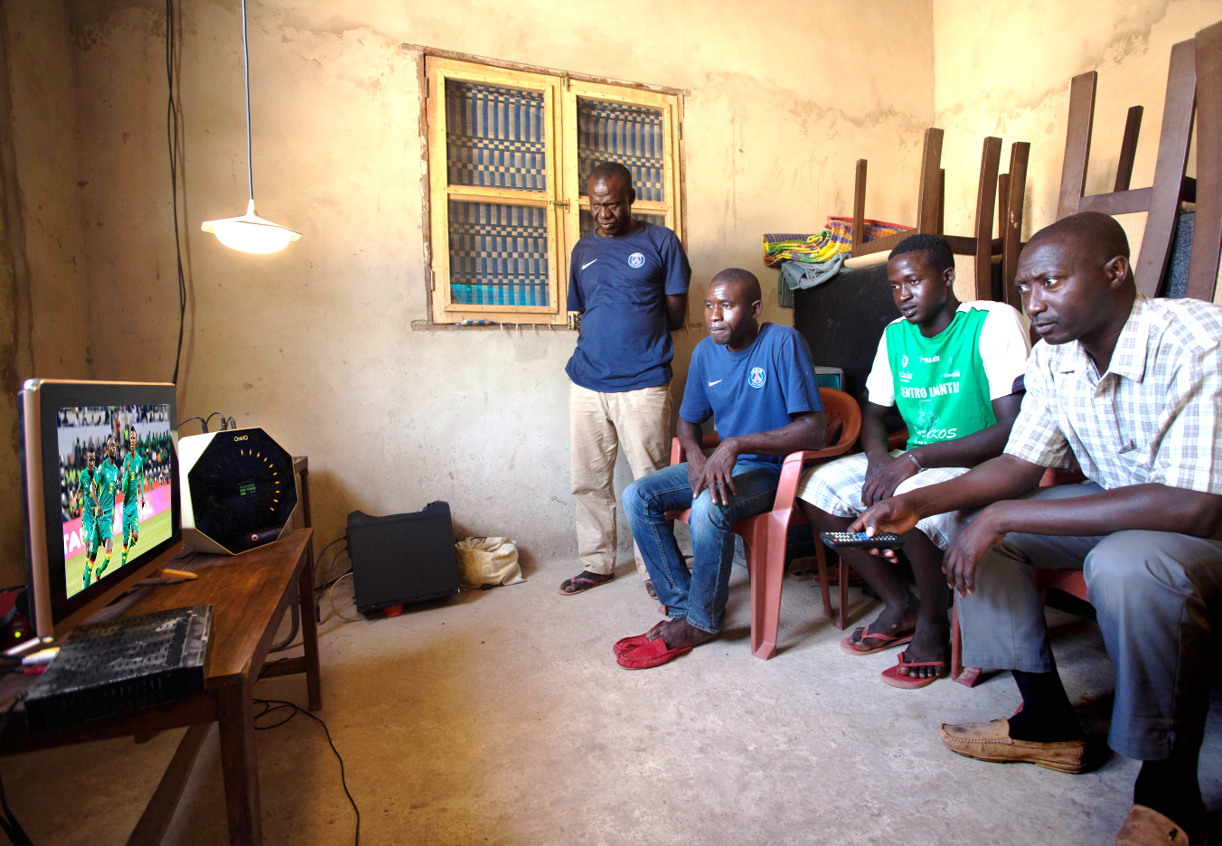 More people now than ever have electricity in Africa, but over 600 million people still live in the dark, according to World Bank.

Electricity is important to the world. Our fans, light bulbs, televisions, ovens, and air-conditioners all function due to electricity. And these utilities are just the basics.

Like electricity, another key component to modern technology is the Internet. Indeed, modern society would be incredibly different if not for the Internet. But sadly again, Internet penetration in Africa has not kept pace with the rest of the world.

For even though the Internet is no longer a luxury in Africa, recent statistics show that only 35.2% of the African population has Internet access.

In light of the current realities, 36-year-old Senegalese, Mohammed Sarr, sought deeply how to make the most of the situation. He decided to set up a team with specialists on the Internet and electricity field. Their goal was to bring bespoke solutions to Africans.

In the end, they decided on combining solar energy with digital products, and what would come to be known as OniriQ was birthed. OniriQ provides off-grid African population access to energy and digital content.

“The concept of solar and digital home systems (SDHS) which we’ve invented is a crossover between traditional solar home systems (SHS) and set-top boxes,” explains Mohammed.

A typical OniriQ SDHS device (solar box) comes with a 50W solar panel, 3 LED lamps, a 19-inch TV set and an embedded Internet connection for domestic use and for IPTV; all for a monthly subscription fee.

The entire solar box is fitted with two lithium batteries and connected to a solar panel, serving as an electricity source. As for digital use, the solar box has a chip capable of being powered by any telco. This allows it to work as a modem, but with its own Internet connection. Along with the TV set and accompanying LED lamps, Oniriq is able to serve domestic entertainment needs.

There is also support for connected USB devices, allowing for example charging of phones.

Like every startup, OniriQ experienced difficulties raising money, especially for hardware development. But following the completion of the first set of working prototypes and the warm reception from testing at Ounck, a rural community 600 km from Dakar, the team behind OniriQ got the needed motivation to keep on pushing.

While it is still seeking fund to enable it attain 5000 units of production, ten were deployed in homes of influencers and local personalities in the community where testing was carried out, with financing from an NGO named Energy Foundation for the World.

“We have discussed with some electricity companies and telcos to have 300 solar boxes produced and delivered,” affirms Mohammed.

“Our B2B strategy helps us to find consistent partners and to develop rapidly enough to meet domestic demand,” says Mohammed.

The cost of an OniriQ box is €350 ($398) but depending on purchasing power, the end user has three payment options; a one-off payment, through micro-finance companies that spread payment over a maximum 36-month period at €15 ($17) a month, and through Waw Telecom which allows monthly payment of €25 ($28). There is a revenue share in-between though.

“Waw telecom takes the Internet fees and gives us back the corresponding value of the device cost and a small percentage for contributing to Internet sales. A similar approach applies to the micro-lending companies,” claims Mohammed.

The demand for Internet and solar energy is growing rapidly and in Africa, this has sprawled some sort of competition. However, Mohammed maintains that OniriQ uniqueness sets it apart from other.

“We observed that the top 10 companies specialised in hardware development across Africa are focused heavily on “electrifying” rural houses but neglected all the digital uses. So, we decided to develop an all-in-one product,” he says.

As of 2018, the global solar home systems market is worth $2.9 billion and is well on course to reach the estimated $7 billion valuation set for 2022. Africa’s forecasted market share on high-power Solar Home Systems is 33% of the 2022 valuation. This will translate to 100,000 units sold per year.

“This projection is what is causing us to entirely rethink SHS from a connectivity perspective,” says Mohammed.

A European electricity company with affiliates in Africa currently has a sample of OniriQ being studied in their Research and Development division. This could potentially scale the production and adoption of OniriQ.

OniriQ is as well looking to raise $450,000 in equity to accelerate its development in Senegal and into full-scale manufacturing.

During Techpoint Build 2019, on the Pitch Storm stage, OniriQ will be competing against 11 other startups for $10,000 in equity-free prize money.