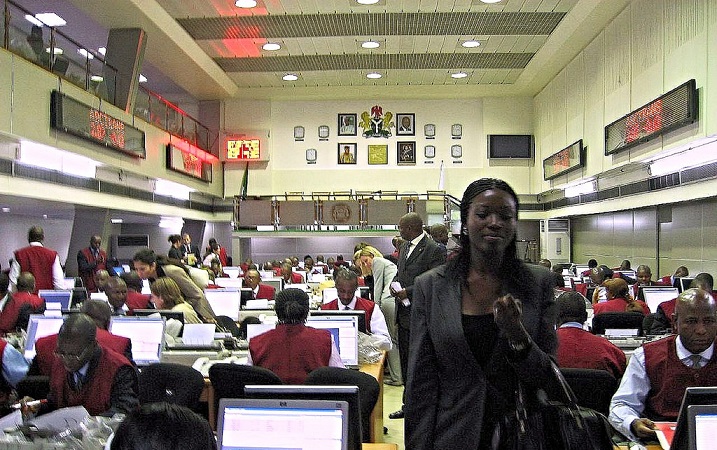 Sometime in the last quarter of 2017, a few members of the Nigeria Stock Exchange (NSE) paid a courtesy visit to the Hotels.ng head office in Lagos.

Following the visit, the one question on the mind of many was whether Hotels.ng was preparing for an Initial Public Offering (IPO).

Hotels.ng Chief Executive Officer, Mark Essien, later laid the rumours to rest by confirming during an interview on Bounce TV that his company expected to get listed by 2018 or, at the latest, before the end of 2019.

This is fair enough, as taking a company public is not something that materialises overnight. IPOs are usually a long multifaceted process with complex business and legal involvement. And it says a lot that tech companies are seeing a need to defy all odds to break into the coveted NSE market.

While some have failed in their bid to gain entry, a few others have made progress and are conveniently listing their securities on the NSE market.

Omatek Plc commenced operations in 1988 as a Limited Liability Company in Nigeria. Its conversion to a public company in 2008 saw its shares quoted and traded on the Nigerian Stock Exchange.

The group has interests in manufacturing, distribution, selling and servicing of computer equipment and also providing engineering services.

According to its most recent results submitted to the NSE for the year ended 2014, Omatek Plc had a turnover of ₦1.1 billion and total comprehensive income of ₦285 million. The company’s share for the period traded at ₦0.10 per share but hasn’t shown any appreciation till date.

In 2017, the company lost its founder, Florence Seriki. Barely four months after her demise, a court ordered the closure of the company’s factory in Lagos over an alleged inability to pay up loans the company was owing some local banks.

Courteville Business Solutions Plc was incorporated in 2005 as a Limited Liability Company. The company became public in 2008 and was listed on the NSE in April 2009, with shareholders’ funds in excess of $20 million. At the time, it was set up purely as a business and financial advisory institution.

The company has however transitioned from rendering solely financial and advisory services to  now developing and deploying tech-related products in 24 states across Nigeria.

Suggested Read: The accidental tech CEO: From banking and finance to core IT

The company’s principal focus is the development of e-business solutions for process re-engineering in sectors ranging from e-government — with the AutoReg, an online platform that helps people register their vehicles and get necessary documents in Nigeria — to enterprise solutions like NAPAMS, which is a regulated product administration and monitoring solution for the National Agency for Food and Drug and Administrative Control, NAFDAC.

The company’s share price achieved an all-time high of ₦0.50 within the last trading years but occasionally drops to around ₦0.20.

NCR is one of Nigeria’s oldest technology companies to be listed on the NSE. It commenced operations on the 9th of December, 1949, under the name National Cash Register Company (West Africa) Limited, before undergoing a name change to NCR (Nigeria) Limited in 1974. The company was finally listed on the NSE on the 30th of May, 1979.

The company’s primary activities include provision of technology and services that help businesses connect, interact, and transact with their customers in areas like sales of equipment and other hardware devices, provision of hardware and software installation and maintenance services, and the sale of automated teller machines (ATMs) and media consumables.

The year 2017 might have presented some difficult challenges for the company as it recorded a loss before tax of ₦215 million as at September 2017 compared to the profit before tax of ₦615 million recorded the previous business year.

This loss might have been attributed to the challenges of forex at the period. The company’s share price as at 4th of May 2018 is pegged at ₦6.30.

The company was incorporated in 1985 as a Limited Liability Company but became a public company on September 4, 2008. On the 8th of September, 2008,  it gained access to the floor of the NSE.

On the bourse, its trading activities have been somewhat unpredictable. For instance, after turning in a profit before tax of ₦1.8 billion by April 2016, Chams Plc surprisingly recorded a loss after tax of ₦1.9 billion at the end of the business year.

The loss, as it were, followed the beginning of a slow year precipitated by global oil prices falling as low as $28 per barrel in February 2016.

In similar stride, the company has raked in as much as ₦1.7 billion as profit before tax for its first 3 months of trading in 2018. Seeing as crude oil is sold today for at least twice its value ($69.85) in 2016, anything other than profit by end of 2018 would be deemed far from an outstanding performance.

At the moment, the company’s share price is open for sale at ₦0.42.

After two years of operation, the company merged with three of its subsidiaries in 2012, DVD Networks (the computer arm of the group), ExpertEdge software (software solutions, system and training outfit that it acquired) and CWL Systems.

In February, 2013, CWG Plc formally ceased to be a Private Limited Company and became a public company. On the 15th of November, 2013, the company listed its shares on the Nigerian Stock Exchange.

The listing boosted the market capitalisation of the NSE by about ₦14 billion naira, making CWG Plc the highest capitalised security in the ICT sector.

Tripple Gee & Company Plc was incorporated in 1980 but converted to a Limited Liability Company in 1991 when it listed its shares on the NSE.

In the last five financial years the company has recorded increases in both turnover and retained profit. Profit before tax hit a high of ₦53 million in 2015 and dropped to ₦15 million in 2017.

The peak price for a Tripple Gee share in recent times was ₦0.51 compared to the lowest in the year put at ₦0.38. Tripple Gee’s core market, which is the production of cheques, has taken a hit with the advent of online banking.

Compared to other firms in the ICT sector trading bourse, eTranzact appears to have fared much better. On June 23 2015, following a growth capital increment by 51%, the Board of Directors of eTranzact approved the payment of ₦0.50 kobo per share to its shareholders as dividend for year 2014.

While eTranzact has managed a good record at the bourse between the period of 2013 and 2015, the company’s financial statement revealed a ₦6 million loss before tax at September 2017. A third consecutive year of declining profits could be looming for the company, as things stand.

Following several months of speculation, MTN Nigeria finally listed at exactly 16 minutes before the close of market on the 16th of May, 2019.

The path to MTN’s decision to list on the NSE started in 2015 when the Nigerian Communications Commission (NCC) fined the telecoms company $5.2 billion (₦1.04 trillion as at then) for failing to disconnect unregistered lines.

After the sanction, the telco negotiated with the Nigerian government, with former President Jacob Zuma of South Africa weighing in when he visited Nigeria in 2016. The penalty was eventually reduced to ₦330 billion ($916.2m) and was meant to be paid in tranches.

Part of the terms for the reduction of the penalty was that MTN Nigeria would be listed on the local stock exchange.

As of March 2017, 176 companies were listed on the NSE. Their market capitalisation is about ₦8.5 trillion combined. It is worthy of note that tech companies make up only a minute fraction of that number.

Following the settlement of MTN’s fine battles with the government, an agreement was reached for the company to be listed on the NSE before the end of year 2018.

If everything goes according to plan, the listing of the shares of the largest telecommunications company in Nigeria on the domestic bourse could be a game changer for the equity market. As such, it could prove an enabler for more local tech companies looking to list on the Nigerian Stock Exchange.