Events of the last couple of weeks seem to have done more to indicate the direction the Nigerian telecom industry is headed than all that has happened in the last twelve months put together. What had started as a move among the major telcos to woo data subscribers had interestingly snowballed into a full-blown and unprecedented crash in data prices to levels never seen before in the country, making it possible for subscribers to scoop as much as 10 gigabytes for as low as ₦2,500.

Data subscribers in Africa’s most populous nation have, for over one and a half decades, been on the receiving end of service offerings, some of which would at best be described as ridiculous. Although data and call plans in the country have been controversially known to be among the costliest on the continent, it doesn’t make the services reliable or stop the Internet Service Providers (ISPs) from wiping off the data from a subscriber’s account at will, or billing them from their  main account — even with the subscriptions still active or worse still, inundating subscribers’ inbox with a deluge of unsolicited SMSs advertising one thing or the other. The success, or otherwise, of a recent attempt by National Communications Commission (NCC) to put an end to the unsolicited SMS issue remains to be seen.

In the last couple of years, the Federal Government had formulated policies that made sure that account numbers are unified, and interlinked, thereby making it possible to have access to all the account numbers held by an individual by punching out his mobile number on the right database.

So where do all these get us?

Well, someplace really interesting. It simply means that we are transiting into an interesting phase of the telecom life cycle. It means that service offerings similar to T-Mobile in the UK which offers £36 a month for unlimited internet, texts, calls to other T-Mobile customers and 2,000 minutes of calls to other networks. Or Lyca’s (UK) unlimited £15 internet bundle or Three network’s Pay-as-you-go £15.00 monthly offering of 300 mins, 5000 texts and unlimited data would soon be coming the way of the average Nigerian subscriber.

What it also means is that in no distant time, we would begin to see that pay-as-you-go usage would begin to get displaced by contracts, which would allow telcos give us phones at a fraction of their market price, and we would begin paying monthly instalments that would still cover calls, SMS and data.

While it is true that the telcos that operate on this side of the Sahara have so diversified their revenue streams that, to say that the continuing decline in their core business of calls and SMS services provision and the further damage being done by OTT services are not hitting home would be a bit hypocritical lie.

“Telcos needed to move away from being utility companies to become complete carrier service providers (CSP), with emphasis on the “service” part. This change was triggered mainly by third party companies coming to play in the digital communications landscape – for instance, developers, vertical industries and governments looking to improve public services.

In due time, these players became interested in taking full advantage of the possibilities thrown up by digital communications. Telcos needed to add new capabilities and services to create new, complete B2B platforms, effectively transforming their business model into something much more complex.

I personally believe that the time has almost become right for  Nigerians to enjoy the kind of services subscribers in saner climes enjoy. Whatcha think? 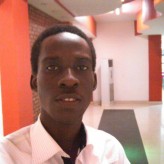 How to use tech events to grow your startup