Truemessenger Might be the Death of MTN’s Spam SMS 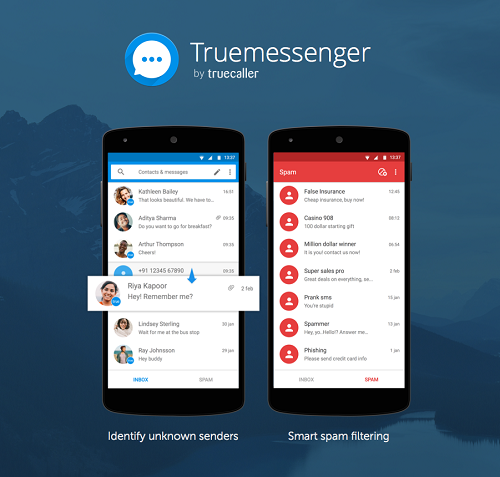 Truemessenger is an SMS replacement app for Android that taps into the company’s network of users to verify the identity of those who send text messages. If someone sends you a spam message, Truemessenger allows you to help others avoid spammers by labeling that person as a nuisance in their contact list.

Essentially, they want to do what they have been doing for calls to SMS using the same technology. They want to make your SMS box as smart as your inbox by keeping out the bad and letting in the good. Users can set up spam rules as they do for their regular email service providers, and messages marked as spam can then be shifted to a separate folder to avoid clutter.

There’s also a social side to the new app, Truemessenger assigns photos, names and other information from social networks to your contacts, and a new message tone that was composed by famous Swedish DJ, Avicii.

More messages are sent via Whatsapp every year than via SMS, and there are countless messaging apps that have amassed millions of users worldwide. Regardless there are  a ton of spam SMS messages sent daily and Truecaller is set to further the disruption of the SMS market that a lot of chat apps have begun.

Truemessanger is only available in India, and will be rolled out in other countries over the next few weeks. The service is only available for Android because the OS allows for third-party SMS apps, whereas Apple’s iOS platform doesn’t.

These are the features listed for Truemessanger on the Truecaller blog: