The science behind NFTs: How viral coffin dance meme sold for over $1m 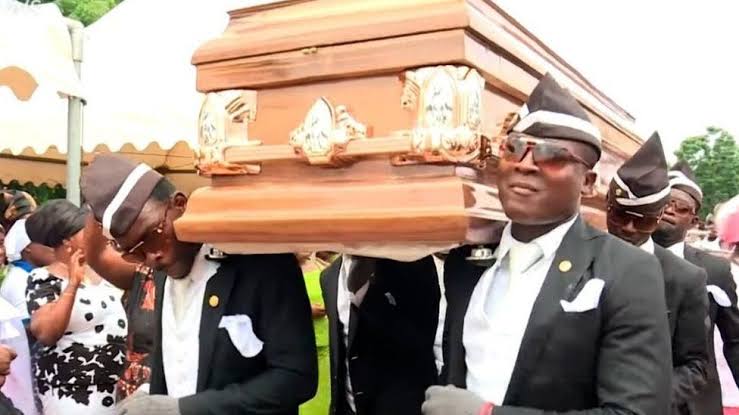 The coffin dance meme proves that within the amount of time it takes you to figure out why an image everyone already has on their phone will sell for $69 million, 100 more would have been sold for thousands of dollars.

The viral 2015 video featuring Ghanaian pallbearers in action is proof that NFTs could be around for a long time.

The creator, Benjamin Aidoo, also took to Twitter to appreciate the parties that made the bid and sale of the NFT a smashing success.

The dark humour meme, which signifies an untimely end, became the perfect response to a laughable but life-threatening mistake made by a hilarious character.

While Ghanian pallbearers created the meme, it thrilled the world and became a global sensation. The meme was accompanied by a 2010 electronic dance music (EDM) track called Astronomia, created by Russian composer Tony Igy.

How did the coffin dance meme become so valuable?

Despite the availability of the viral meme on the Internet, someone still bid over a million dollars on it.

To understand why the meme is still so expensive even after making rounds online, it is essential to understand the entire concept of NFTs and how they could revolutionise the entire creator economy.

When a token is non-fungible, there can be only one such token. One bitcoin, for example, is fungible because there are several bitcoins without any unique traits. Exchanging one bitcoin for another still leaves you with the same bitcoin and the same value.

The coffin dance meme has been turned into a non-fungible token with unique metadata that cannot be duplicated. In the real sense, it is no longer the meme that is being sold; it is the digital certificate that shows who owns the meme.

NFTs have a token standard that sets them apart from other kinds of tokens. On Ethereum, the most popular blockchain for NFTs, the standard is ERC-720.

It contains two key pieces of information about an NFT: tokenID — the unique identity of the NFT generated once the NFT has been created — and the contract address.

The meme itself is a digital property that can easily be duplicated across the Internet.

It is important to note that whoever purchases the NFT does not become a copyright owner of the meme. Just as Michelangelo’s painting remains the work of the Renaissance artist, the Pallbearers will continue to be the owners and creators of the meme.

According to the World Economic Forum, “Some buyers think they acquire the underlying work of art and all its accompanying rights. However, in reality, they are simply buying the metadata associated with the work; not the work itself.”