Reviewing Nigerian fintech in 2021: Local investors are stepping up 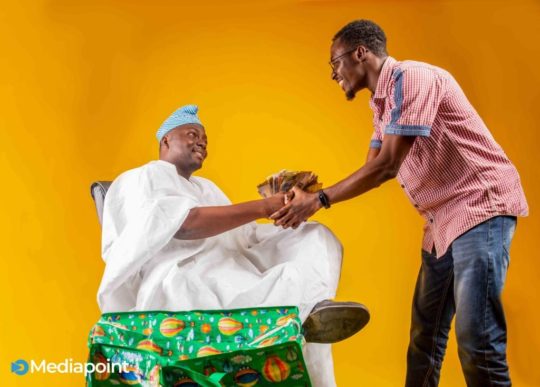 Between January and September 2021, African fintechs raised up to $1.4 billion, signalling an increasing investor appetite for Africa’s growing fintech space, and Nigeria has taken centre stage.

When Paystack and Flutterwave launched in 2016, it was a massive game-changer for Nigeria’s financial sector, enabling thousands of other businesses to receive payments for their services.

Since then, each year has presented an interesting trend as people look to plug different perceived gaps in Nigeria’s financial sector.

According to data gathered by Intelligence by Techpoint, Nigerian fintech startups raised almost $800 million in 2021. This was 120% higher than what fintechs raised in the last three years combined ($360.7 million).

As usual, it took the lion’s share of funding across sectors.

Despite this success, our analysis showed that fintechs were merely scratching the surface of financial inclusion in Africa. But, so far, there’ve been massive improvements in the fintech space beyond smartphone apps.

Looking back at 2021, we touch on some notable points, and, once again, we had the honour of discussing the space with Adedeji Olowe, Trustee of Open Banking Nigeria.

In January 2021, Olowe made some interesting predictions which, in the real sense, are educated guesses based on the trends from past years, and we created a little analysis.

Interestingly, some predictions came to pass, reminding us that no one sees the future. At least, we haven’t met anyone who does, have you?

What did not happen?

Visa and Mastercard to acquire Interswitch and eTranzact, respectively.

In January 2021, we placed what was perhaps the most daring and exciting prediction front and centre in our analysis of Olowe’s fintech predictions. Visa could acquire Interswitch with Mastercard responding by acquiring eTranzact.

This obviously did not happen, but several building blocks are in place to make it possible.

Recall that in 2019, Visa invested $200 million in Interswitch, making one of Nigeria’s oldest fintech companies a full-fledged Unicorn. That investment brought several conversations about Visa’s play for the Nigerian market, and that of its biggest competition, Mastercard.

Both companies have invested in many Nigerian fintechs, most notably Paystack and Flutterwave, and seemingly took their battle for market share to Africa’s shores.

“I made the prediction because I think it made perfect sense for both companies to go through that route, and I think it’s still a possibility in the future,” says Olowe.

One of the biggest selling points Digital banks like Kuda have used to take the market by storm is free transfers. Unfortunately, no major bank took up the gauntlet to implement free bank transfers in 2021.

According to Olowe, giving free transfers for transactions below a certain amount would greatly aid Nigeria’s drive for a cashless society. This, he says, would bring in several people performing low-value transactions daily.

“I think it’s something the CBN should push for. Over 20 years ago, a SIM card cost ₦20,000, but now it’s completely free. Today, some people don’t mind buying ₦50 recharge cards ten times in a day, but tell them to load ₦500 at once,” he states.

Olowe believes that once a cap is set, it would be very helpful and will not be abused.

“You’re telling people to send their own hard-earned money. Even if it’s free, It won’t be so easy. If the accounts are linked with the BVN, then it would be easier to catch those who might want to abuse the policy,” he argues.

Could we see another game-changing CBN circular soon? Let’s watch out.

Several fintech stalwarts tout Nigeria’s payment sector as one of the fastest globally. This was made possible by the introduction of the NIBSS Instant Payment by the Nigerian Inter-Bank Settlement System. This speed, as well as several other factors like increasing Internet penetration, has increased monthly inter-bank transactions in recent years.

According to data from the NIBSS, the average monthly inter-bank transactions stayed a little over $250 million for the better part of 2021, finally crossing $300 million in October and November.

“Transactions will likely go up during the festive season, but I doubt it will hit $400 million.”

WhatsApp to make a payment play in Nigeria

Yes, all it would have taken was a virtual account attached to every WhatsApp number, and that would have been a game-changer, Olowe opined in January 2021. However, WhatsApp payment struggled to lift off during the year.

Its launch in Brazil met with stiff opposition, and regulatory parties all but quelled any traction it plans to gain. However, the team at Meta-owned WhatsApp is not deterred, and it announced a relaunch in Brazil and testing in the United States in December 2021.

Olowe believes they’re not out yet, stating that future developments would most likely tie in with Meta’s recent crypto play.

Imagine being able to make transactions from a crypto wallet in your WhatsApp account. That would be something, don’t you think?

The growth and relevance of agency banking

Agency banking burst onto the scene in 2020 with the reported successes of OPay and TeamApt. In 2021, it grew to unprecedented levels as more players like Kudi and Paga began to show immense growth in Agency banking services.

Olowe predicted that Agency banking locations would surpass one million. Though we tried collating data from different players, this could amount to double-counting as most agents are company agnostic. So we’ll try to lay our hands on official data.

In January, Olowe argued that if KYC issues were resolved, most agents would be able to perform services such as offering loans, customer KYC verification, e-commerce deliveries, and other non-cash transactions.

This idea has not been fully realised, but some of the players in the space have made some significant strides.

TeamApt, OPay, and Paga, for example, offer bill payments and other social services, but a little talked about company, Kudi, has struck some interesting initiatives.

In August 2021, it revealed a partnership with Aella App and Reliance HMO to allow customers access loans and health insurance through their network of agents.

According to Nifemi Akinwamide, Head of Marketing at Kudi, the goal is to bring millions of Nigerians who are offline into the financial market, and such a partnership would help Aella and Reliance reach thousands of people who do not have smartphones.

This deserves a closer look, and its success might help make this prediction get a more favourable outcome in 2022

MTN finally got its PSB licence

In January, Olowe stated that MTN would finally get its PSB licence, and he based his prediction on the fact that Karl Toriola, MTN’s CEO, who has a history of execution, would make it happen.

At the MTN anniversary event, we tried getting some juice from Toriola, but he simply stated that the company had completed all the requirements and was waiting for the CBN’S final decision.

In November 2021, MTN and Airtel finally received approval in principle (AIP) to operate as a payment service bank in Nigeria. They joined 9mobile and Glo that got the AIP in 2019.

While a telco-driven mobile money operation has worked wonders in Kenya and Ghana, it has not hit the mark in Nigeria.

Most mobile money providers use PoS machines that require cards and mainly deal with cash, but a telco-led mobile money could make things completely cashless.

“An AIP gives many financial institutions the power to operate fully. They’re basically telling you to put actions behind all you’ve been boasting that your company would do. They’ll then come back in a few years to see that everything is functioning well.

“I must admit that MTN would find it really tough to play in the financial space. They would have two regulators, the NCC and the CBN, and would experience what banks and other fintechs have been facing in the space,” Olowe argues.

However, he also insists that MTN has a track record of execution, and they would come with the right strategy to take the market.

Virtual accounts are coming of age

So far, most of these fintech companies have led the charge as predicted, but not without a few hiccups.

When the CBN banned crypto transactions in March 2021, it placed sanctions on Providus Bank, which enabled virtual accounts for several fintech companies playing in the crypto space.

However, the issues have since been resolved, and Olowe states that activities have resurged to the levels attained just before the crypto ban.

Local investors are stepping up

Reports from previous years showed that foreign investments have dominated funding for Nigerian startups, and Olowe predicted that this would change with the FOMO caused by Paystack’s acquisition in 2020.

Recall that Stripe acquired Paystack in 2020 for $200 million, a truly momentous milestone for Africa’s startup scene.

In 2021, there’s been a massive improvement in the participation of local investors, but differently than expected.

Olowe, however, maintains that Nigeria has boasted a good number of local investors in recent years. Most notable are Gbenga Oyebode, Founder of Aluko and Oyebode, one of MTN’s first supporters in Nigeria.

According to Olowe, the successes of three investors has created FOMO among their peers who are getting more interested in the startup space.

It was a bright year for fintech companies and a year of Unicorns. What do you expect to see in 2022? Let us know in the comments section.

you could have captured Deji’s predictions for 2022

Great analysis, quite simple narratives of the information provided! I think 2022 shall witness a deepening of investments in start-ups and proliferation of more tech-enabled entreprises across various sectors of the economy. I also expect a bridging of the gap with regulatory bodies, that would enable further deepening of tech services .