How agritech startups are helping to check food inflation in Nigeria 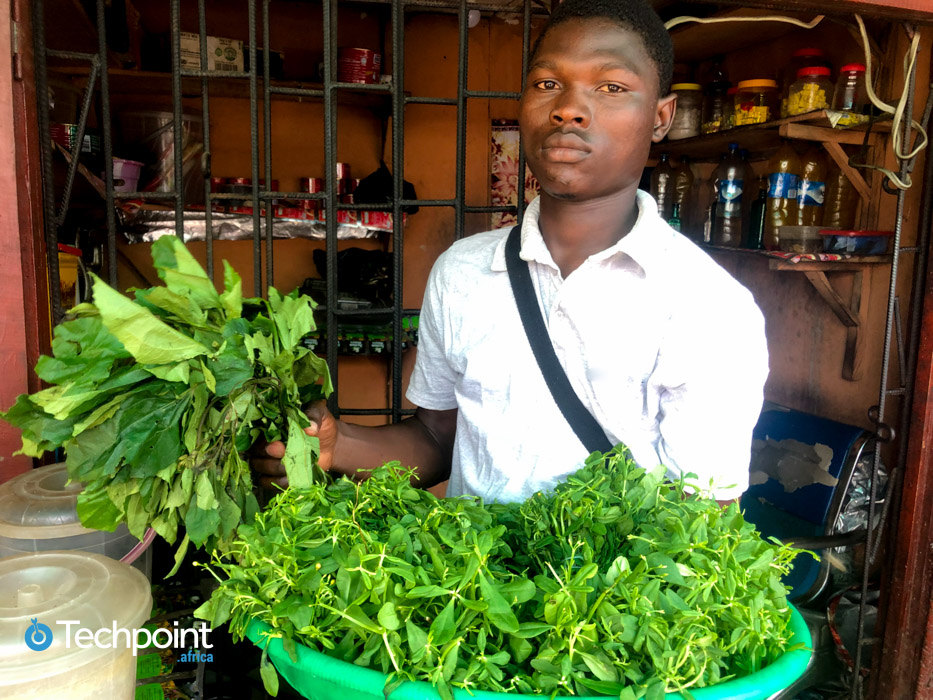 Techpoint Africa currently operates in a hybrid co-living and remote work environment. About half of the team live on the same premises, and once every month, we take a trip to the market to stock up on food items. Almost without fail, we discover that the prices of foodstuffs have increased since our last visit. Often, we complain, but because we have to eat, we pay for the products.

Rising food prices have become commonplace in Nigeria in recent years. However, not every Nigerian can be like those of us who grumble yet pay. For most people, even the slightest increase in food prices could be the difference between sending their kids to bed hungry and having just enough to eat.

I tried painting a picture of what food inflation looks like, but this tweet about the increase in the price of sardines does a pretty good job.

World Food Day is observed annually on October 16 to draw attention to issues surrounding food supply, production, distribution, nutrition,  and starvation, among other challenges. To commemorate this year’s celebrations, we look at issues that affect food production and supply in Nigeria, highlighting the work of two agritech startups.

Food inflation refers to a situation where the prices of food items keep increasing. When this happens, consumers have to spend more to get the same goods they got at different prices in the past. Demand outstripping supply and supply being affected are the two major causes of food inflation. In Nigeria, the second reason is often the reason for the increase in food prices.

While writing this article, I took a trip to the local market where I spoke to the traders to understand why food prices are constantly increasing. Surprisingly, most traders were clueless. Nonetheless, they did provide some insights.

The first trader, who identified herself as Mama Imole (Imole’s mother), could not categorically state why the prices of food items were constantly increasing. She, however, offered an explanation – the agricultural inputs needed by farmers, such as pesticides and fertilisers, had become more expensive. It, therefore, makes sense that they increase the prices of their products.

Another factor that affects the price of food is infrastructure, of which transportation is a major component. There is no fixed cost for transporting goods in Nigeria as the state of the roads often varies in different parts of the country. An increase in fuel/diesel costs could also affect prices. To recoup their losses, farmers/traders often pass these added costs down to the final consumer.

Insecurity is another factor that affects food prices in Nigeria. Since 2002, the Northern part of Nigeria has been plagued by activities of the dreaded Boko Haram. In recent years, the herdsmen crisis has taken centre stage, further complicating an already disturbing situation.

Consequently, farmers in the North can’t go to their farms. For a country that imports a significant part of the food it consumes, any disruption of local production adversely affects the price of food items.

Everyone feels the effects of food inflation but at different levels, from the mother who has to decide what to leave out while grocery shopping to the trader who has to sell almost twice as much to meet previous sales targets; there really is no winner.

Mama Imole believes that increasing food prices present a lose-lose situation for everyone involved. Traders can’t sell as much as before because consumers’ reduced purchasing power means they do not buy as much as they once did.

Mrs Adeniji, another trader, shares the same opinion. Since no farmer can produce all the food items their family needs, they buy what they need from others.

A more significant effect is one that Ikenna Nzewi, CEO of agritech startup, Releaf, points out. With Nigerians spending almost 60% of their income on food, he argues that it is more difficult for them to invest in themselves.

“The impact on society is that people are unable to invest in themselves. So, on average, Nigerians spend 60% of their income on food, which only leaves the other 40% to invest in their education, health, passion, etc.

To put things in context, consumers in the US spent about 8.6% of their income on food in 2020, freeing up 91.4% for use in other aspects of their life.

The role of agritech startups in tackling food inflation

Like other areas of the Nigerian economy, tech and tech-enabled startups have sprung up to solve the problem of food inflation. One such startup is Releaf. Currently playing in the palm kernel oil processing space, the startup purchases palm kernels from its network of over 3,000 smallholder farmers.

The startup developed Kraken – its proprietary technology – which it uses to crush palm kernels to produce palm kernel oil for its industrial clients.

Infrastructural challenges dog the average entrepreneur, and logistics for agricultural products are a major challenge. Bad roads and insecurity add to the cost of transporting agricultural produce from the rural areas, where most of the production is done, to factories or markets.

To solve this problem, Releaf employs a decentralised approach when situating its factories. Rather than build factories in Nigeria’s major cities, they site factories close to the farmers, thus reducing logistics costs and ensuring they pay farmers adequately for their products.

Financing is another issue that farmers face, one which Releaf tries to solve. In June 2021, the startup announced a partnership with OnePipe to offer digital financial services to the farmers in their network.

Another agritech startup doing great work in the space is Agricorp, a company that produces, processes, and exports spices. This month, it completed a $17.5 million Series A funding round with which it plans to expand its production capacity to 7,000 metric tonnes per annum.

Since its November 2018 launch, the startup has reportedly supported over 5,000 smallholder farmers with inputs and training on agricultural best practices. Using its proprietary technology, Farmbase, the startup aggregates, registers, and pays farmers for products sold.

Crop2Cash is another startup solving problems in the agricultural value chain. One way it does this is by providing financing for smallholder farmers, most of whom are financially excluded. The startup also provides them with agricultural inputs and options to receive payments digitally.

A plan for food security

As the cost of food rises in Nigeria, it is clear that something must be done, and quickly too. Data from Statista shows that food insecurity increased steadily from 6.6% between 2014 and 2016 to 21.4% between 2018 and 2020. In plain terms, the number of Nigerians who go days without food has increased.

While agritech startups are doing a great job, more needs to be done if Nigeria is to feed its growing population. The most obvious is a massive investment in infrastructure to aid the transportation of produce. Moody’s estimates that Nigeria needs to spend $3 trillion over the next 30 years to fix her infrastructure deficit.

Given that figure is over 20 times Nigeria’s annual budget, other means of funding infrastructure must be explored, including public-private partnerships.

In addition to fixing infrastructure, effectively fighting insecurity would ensure that more farmers can return to their farms.

Food is a basic necessity, and a hungry nation can have devastating effects on the economy and society.

May God help us in this country oo. Ah, o lagbara o. Boya you people should do giveaway.