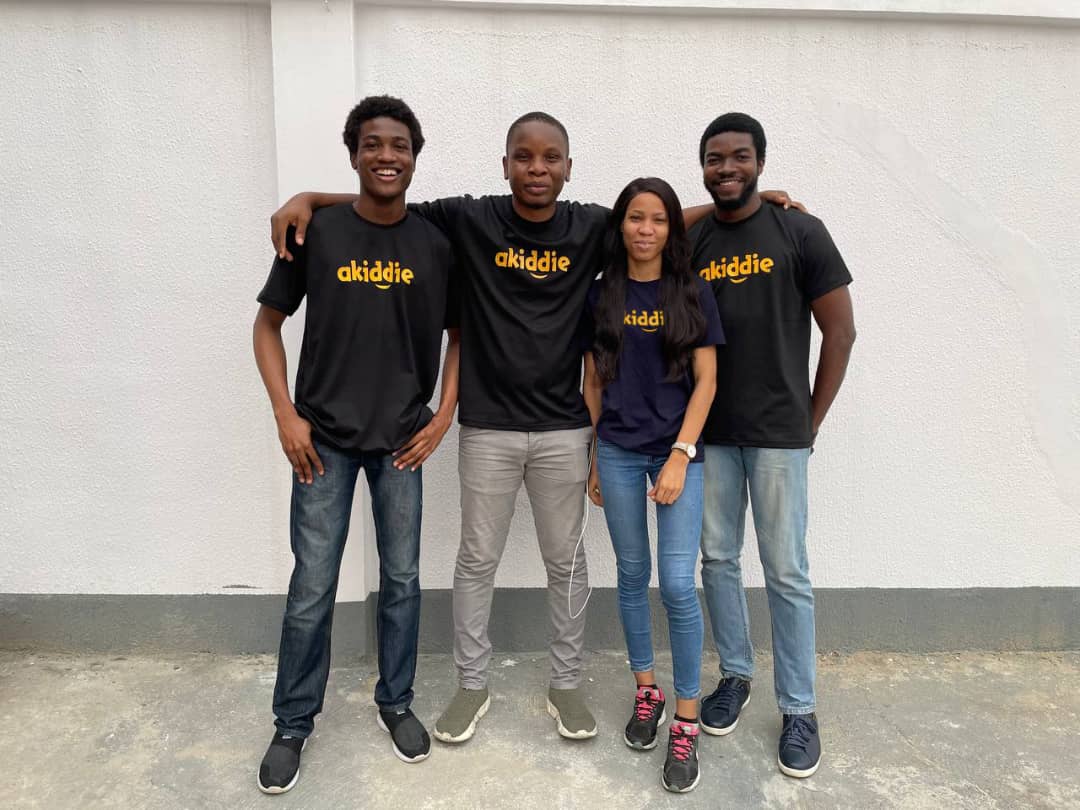 “I came up with the Akiddie idea because I felt my niece deserved better, more representative stories, and that idea still drives what we do today, only that it’s no longer for just my niece, it’s for every child around the world and their right to having content that affirms them.” — Dominic Onyekachi, CEO of Nigerian media startup, Akiddie.

The last time we covered Akiddie, we detailed how the startup was creating the most extensive collection of African children’s stories, to give children powerful and culturally relevant stories. In the past year, the startup has been scaling to cater to minority kids across the globe.

Onyekachi discovered the true extent of this when he visited his niece.

“Not only were the stories there white and foreign, which I felt wasn’t representative of her, but the themes were also outdated and probably outright sexist. For example, they emphasised marriage as the ultimate achievement for women.” He told Techpoint Africa in 2020.

As Onyekachi would later discover, this problem was not unique to his niece or even Africans.

The University of Wisconsin-Madison Cooperative Children’s Book Center (CCBC) reveals that compared to 2019, books written by authors of colour increased by 3% from 25.9% to 26.8% in 2020.

However, the CCBC reveals that children’s books about racially diverse characters increased by just 1% to 30% in 2020.

A 2019 survey in the UK also reveals that just 10% of children’s literature published that year had a minority character. Though the survey’s methodology did not paint a complete picture, it, at least, showed that despite recent improvements, there’s still much room for growth.

Why is this important?

In Donna Norton’s 2010 book, Through the Eyes of a Child: An Introduction to Children’s Literature, she argues that children’s literature helps them appreciate their and other people’s cultural heritage and helps them develop emotional intelligence and creativity.

The predominant feature of Western stories and the relative dearth of minority stories has made the result somewhat lopsided.

In August 2020, just one month after an interview with Techpoint Africa, Akiddie got featured on CNN, and what followed caused him to rethink the company’s business model.

“We got a lot of emails after our CNN feature asking for us to replicate the model we created for African children for other minorities. On further research, we discovered that the main reason why there wasn’t a lot of minority children’s content was that it was difficult to monetise,” he says.

After running through the numerous possibilities, Onyekachi realised that pivoting was a no-brainer.

From library to creator platform

Onyekachi reveals that instead of collecting children’s stories and maintaining a subscription library, Akiddie is currently a digital content marketplace that allows creators to upload and sell their children’s content either one-off or get them to subscribe to their channel on Akiddie.

“We now offer content in text, audio, and video formats. They range from audiovisual learning aids covering the entire primary school curriculum to videos that teach etiquette and DIY skills to entertaining stories.

“I came up with this idea because I felt my niece deserved better, more representative stories, and that idea still drives what we do today, only that it’s no longer for just my niece, it’s for every child around the world and their right to having content that affirms them,” he says.

Besides minority children, Onyekachi believes this new model will cater favourably to minority content creators across the globe.

He argues that aggregating platforms like YouTube Kids pay on ad revenue. To earn a significant amount of money, the content has to appeal to the mainstream/majority of people. For him, representative content from minorities can’t scale because they can’t get the numbers that mainstream content gets.

“For instance, a story about the Three Little Pigs on YouTube can garner millions of views because it appeals to their majority audience, while a story about Sango or an African folktale would struggle to crack a million views.”

While Onyekachi’s assertion seems to be true, with the right backing, there have been a few exceptions in popular culture.

Pixar’s 2017 animated movie, Coco, celebrated Día de los Muertos (the Day of the Dead), a holiday marked widely by Mexicans worldwide in honour of departed loved ones. Interestingly, it grossed $57.8 million in Mexico, and $807 million worldwide, topping China’s and the US’ box office for three straight weeks.

Onyekachi believes that the average minority community anywhere globally has a strong cultural affinity and that parents would pay a premium for content that affirms their culture/religion.

He states that since the average minority content creator will not get an audience of 10 million on YouTube, Akiddie is helping them sell directly to their community.

Unofficial reports from 2002 claimed that 15 million Nigerians lived in the diaspora, but the country’s Ministry of External Affairs (now Ministry of Interior) put that number at 20 million.

Interestingly, the Lebanese government has stated that there are more Lebanese in the diaspora (15.4 million as of 2018) than in Lebanon (6 million).

For Onyekachi, Akiddie will aggregate these fragmented communities across the globe, making a huge market share for the creator. The platform also makes it easier to monetise.

“For example, the average income from one million views on YouTube is about $4,000 (can be a lot higher depending on the creator). A minority creator would struggle to crack one million views on YouTube selling to his community. Still, he can make $4,000 on Akiddie if he/she can convince 1,000 members of his community to buy a $5.30 content or pay a $5.30 subscription to access his/her channel on Akiddie.”

Akiddie currently supports payouts to creators in the USA, Canada, UK, France, India, Australia, and Nigeria, and the CEO says monetisation can start in six hours. The company also states that it processes payments worldwide and produces its top-of-the-line content.

“We also allow for creators to collaborate on a project and share payouts based on pre-agreed ratios. We are currently the only platform that supports content distribution in text, audio, and video,” Onyekachi states proudly.

What happens from here

Onyeckachi is optimistic that Akiddie’s opportunities following this pivot are enormous.

“This route means Akiddie can also be a vital learning aide, as demonstrated by the fact that you can currently subscribe to Yodabox on Akiddie and have access to all primary school subjects and topics in the form of richly animated videos.”

He also believes it helps the team come up with innovative monetisation strategies.

“From a storefront that allows instant merchandising to a platform that crowdfunds creators in return for a share in their revenues when they start monetising on Akiddie to a content marketplace that allows you to buy the entire rights to content,” he muses excitedly.

While Akiddie wants to back minority creators, stellar outings like Coco, and Moana (which features Pacific Islanders), and Disney’s recent partnership with Kugali media to animate Iwaju, show there are opportunities for content creators to go mainstream with relatable minority characters.

Without revealing too many details, Onyekachi says the company is working on strategic partnerships to make this happen.