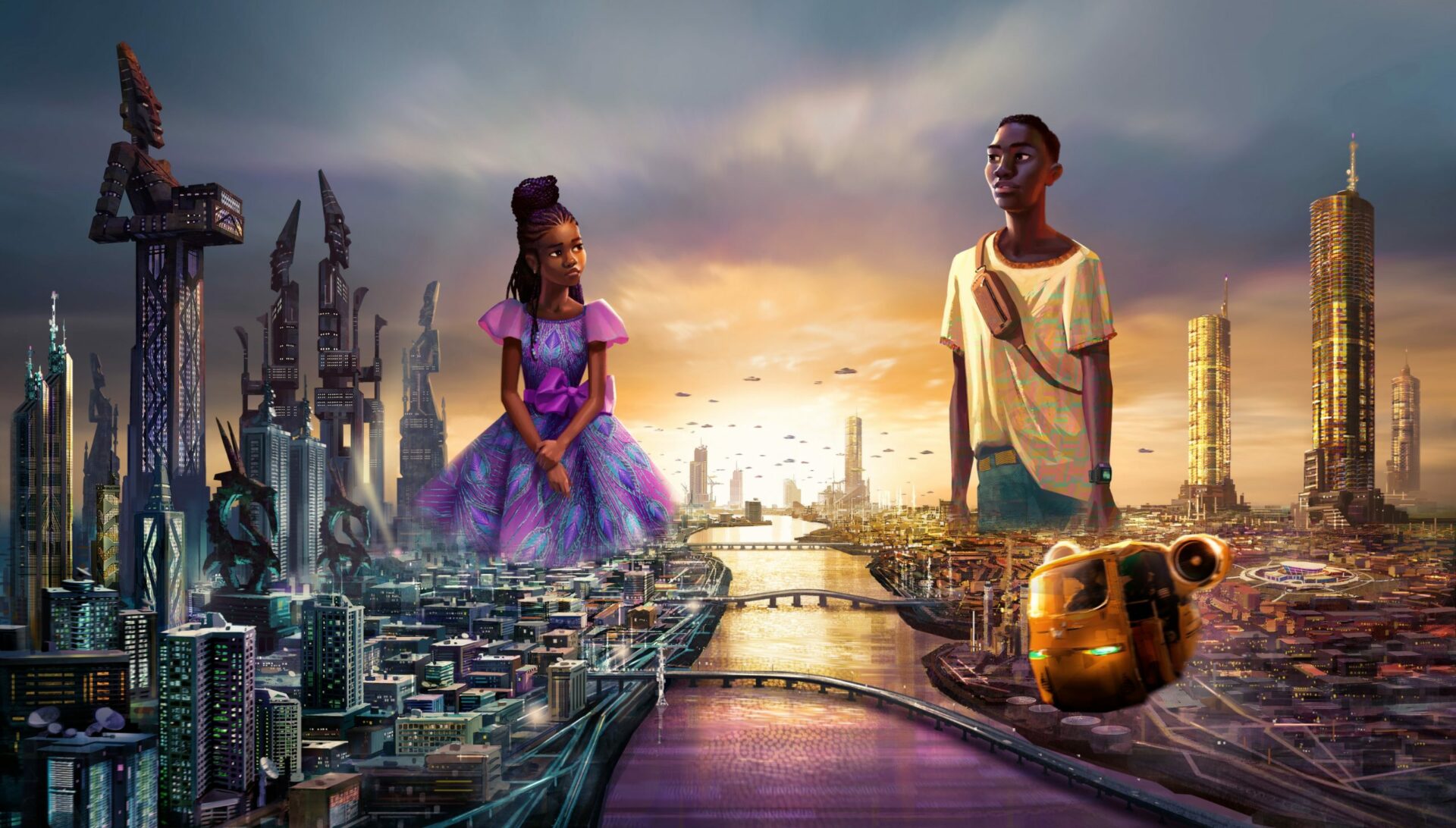 On Friday 11, December, 2020 the animation arm of Hollywood company, Walt Disney, unveiled a list of content it plans to release and projects it will work on in the coming year.

Disney hinted at a collaboration with a pan-African entertainment entity, Kugali Media, founded by creatives from Nigeria and Uganda.

In a first-of-its-kind collaboration, @DisneyAnimation and Pan-African entertainment company Kugali will team up to create an all-new, science fiction series coming to @DisneyPlus in 2022: Iwájú. Check out a first look at visual development art from the series. pic.twitter.com/x46dreKcu0

This partnership will birth an adaptation of its comic book titled, Iwájú, a Yoruba term which roughly translates to ‘The Future’.  According to the announcement, the animation will be set in Lagos, Nigeria.

Apparently, the comic book was published in 2019 — although we can’t confirm if it’s commercially available in print — and the artists have since been eyeing a Disney adaptation as gathered from a BBC interview.

In the words of one of the authors of Iwájú, “most of what you find out there about Africa is being told by non-Africans, and it was crucial to us that Africans tell their own stories.”

The chapterisation of the sci-fi book touches on and seeks to correct the global perception of Africa as a country instead of a continent. It, thus, brought onboard artists from different parts of the continent to portray their different cultures. Hence, reflecting different African mythologies.

The project is reportedly funded through crowdfunding £25,000 from across the world.

Having eventually gotten Disney’s attention, the production of the book adaptation — currently at the visual development stage — will begin in 2021 and will debut on its streaming service, Disney+ in 2022.

Meanwhile, this is not the first African story pitch to have gotten Disney’s attention. In July 2018, the company announced interest in Sadé, the fairytale story of an African princess that, through the help of newly-developed magical powers, saved her kingdom. However, there has been no further news on the project.

Clearly, Africans delving into animation do not only bring past histories to life — like Nigerian-made Lady Buckit and the Motley Mopsters did — they also go-ahead to bring myths believed to only exist on the continent to global knowledge while displaying their rich and diverse cultures.

If the fear of bringing a Hollywood touch into the movie can be allayed, it would be because of the succinct details reported to be in the comic book. While it has a futuristic theme, inventions portrayed in the book still reflect the adoption of African indigenous tools.

But one significant feature of incredible movie adaptations is the eventual disparity between the movie and the book. Except for bad adaptations, the movie usually comes out to be a much more refined version of the book after it passes through scriptwriting, production and editing.

Although, if Iwájú makes it to Disney+ before public access to the book, the cinematic touch might affect how the book is eventually seen.

Given precedence, the book already seems to be a great source material which Disney has the budget to bring to life.

Worthy of note is the fact that Nigeria’s animation industry is still in its infancy and has been facing a number of challenges. A notable example is the animation project, titled Sadé, which, for undisclosed reasons, did not make it to the big screens.

While this increasing global interest may boost the morale of African scriptwriters, we could also see more renown movie studios working with indigenous filmmakers on globally accepted cinematic content.