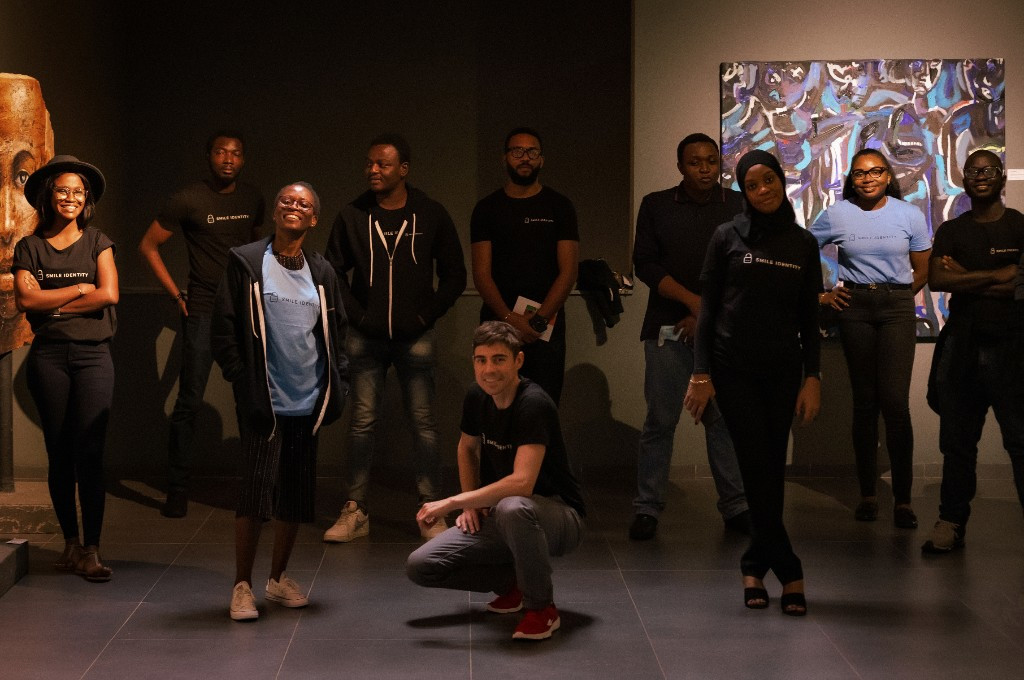 The round was led by Costanao Ventures and CRE Venture Capital. Existing investors like Khosla Impact, ValueStream Ventures, Beta.Ventures, 500 Startups, and Story Ventures participated. New VCs like LocalGlobe, Intercept Ventures, and Future Africa also took part in the round.

In total, Smile Identity has raised $11 million from investors with this latest funding round. In 2019, it raised $4 million in seed funding.

Expansion so far? Following the co-founders’ arrival in Africa, the business has made key strides in its activities, such as the establishment of a local presence in six African countries: Nigeria, Kenya, South Africa, Ghana, Rwanda, and Uganda.

Interestingly, the company claims to connect to over 15 different identity authorities, while its ID validation covers over 250 million identities on the continent.

The new investment will allow the company to offer even better services and grow in new markets. It will also support more ID types and hire more engineers and staff on the continent.

Safaricom increases the cost of airtime

Last week, I wrote about the Kenyan Parliamentary Committee’s recent call for new taxes on airtime and data service prices. Finally, the bill has been passed into law.

Because of recent changes to the taxation of telephone and Internet data services, Safaricom, one of Kenya’s top telecom companies, has adjusted the pricing of its products and services.

Additional fees were also introduced for roaming and international calls. The cost to send a single short message is now Sh1.20.

Meanwhile, the cost of browsing via airtime (without bundles) will increase at a similar rate to voice calls.

Similar? Mobile network operators, including Airtel Kenya and Telkom Kenya, have also adjusted their calling charges. The two telecom companies have raised the rate of calls to Sh2.78 per minute. Also, the price of Telkom Kenya’s SMS message has increased to Sh1.15.

MarketForce raises $2 million pre-Series A round

Before now, the retail distribution platform raised $350,000 in seed round and a $150,000 cheque from Y Combinator as part of the accelerator’s Summer 2020 batch. This round brings the funds raised by the company to $2.5 million.

The retail distribution platform got into Y Combinator accelerator’s Summer batch 2020, and upon graduation, they decided to attempt the RejaReja model.

RajeRaje is a B2B e-commerce marketplace for merchants and was launched in 2020 to assist informal retail merchants purchase and sell FMCGs and digital financial services.

RejaReja has more than 15,000 retail customers in Kenya, Uganda, and Tanzania who use the platform to process thousands of orders daily.

Expansion plans? It’s planning on expanding to Nigeria with the new funds and expanding its product across East Africa.

What happened? Yesterday, Thursday, July 8, 2021, Nigeria’s Federal Inland Revenue Service (FIRS) announced that it had directed commercial banks to freeze the accounts of MultiChoice Nigeria Limited (MCN) and MultiChoice Africa (MCA) in an attempt to recover ₦1.8 trillion in taxes from the companies.

Why did it happen? Abdullahi Ahmad, the Director of Communications and Liaison Department, said the company has continuously violated all contracts and agreements with the tax agency.

Besides, MultiChoice allegedly denied the FIRS access to their records for auditing, according to a Reuters report.

Muhammed Nami, Executive Chairman, FIRS, said that the companies have failed to provide relevant and timely responses to correspondences, and their records are not accurate and accessible.

So, the banks that handle business for MultiChoice Africa and MultiChoice Nigeria were instructed to perform a balanced search on their accounts before undertaking any other transaction on their behalf.

Nonetheless, MultiChoice believes that the case is based on “unfounded allegations” because they were not formally notified on the matter. Also, they said they had not given authorities full access to their subscribers’ information.

Multichoice told Reuters that they had previously engaged in an open, transparent, and constructive dialogue with FIRS, and they hoped that issue could be resolved amicably.

Similar? In 2018, MTN Nigeria Group was ordered to pay $2 billion in taxes on imports and other payments from 2007 to 2017. However, the demand was later withdrawn.

If this controversy isn’t resolved soon, it could have an adverse effect on DStv’s operations in Nigeria. What do you think?

@cenbank has slated October 1, 2021, to launch its digital currency pilot that will run on a private Blockchain network giving it total control of the currency. While this ensures security, how does it plan to address issues of transparency?

One of Nigeria’s oldest mobile game developer studios, @maliyoapp, partners @Google to host GameUp Bootcamp, a game development training program for developers in Kenya, Nigeria, and Ghana. With applications closing on August 2, here’s what you should know.