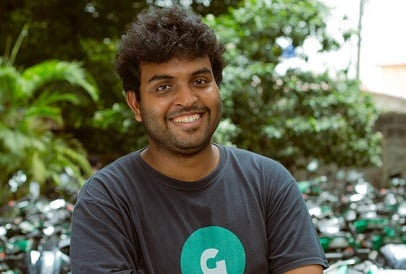 Nigerian-based transportation and logistics startup, Gokada has appointed a new CEO, Nikhil Goel. This is coming eight months after the shocking death of its former CEO, Fahim Saleh.

According to an official release, Goel joined the startup in November 2019 and has been at the helm since Saleh’s demise.

Before joining Gokada, Goel was the Head of Verticals at ride-hailing startup, SafeBoda Kenya right after holding the General Manager role for online ordering at Indian food delivery startup, Zomato, for two months.

At Gokada, Goel was the Vice President of Rides and later took up the Chief Operating Officer  (COO) position by March 2019. He was promoted to become the President in September 2020 to oversee operations.

Gokada joined the Lagos on-demand motorcycle space in August 2018. At the moment, the startup claims to have reached profitability. Although its last-mile logistics solutions are only available in Lagos, it is planning to expand to other Nigerian states.

In the past 16 months, Gokada has had to deal with the Lagos state Okada ban, which led to its pivot to food delivery and last-mile logistics; coronavirus outbreak; and the sudden loss of a CEO.