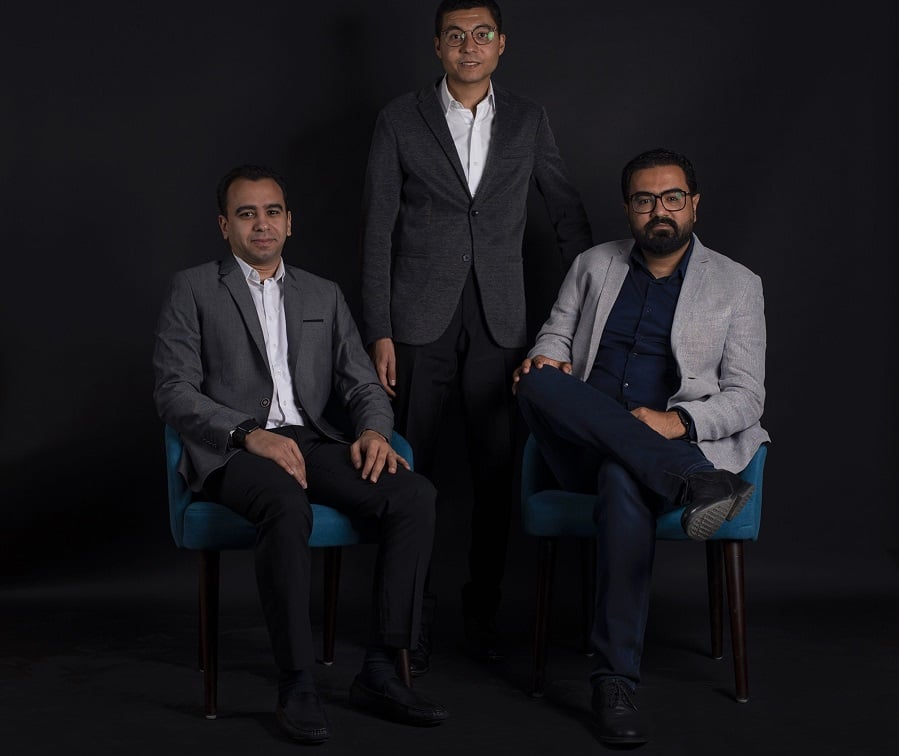 Mental health in Africa is often misperceived—mainly due to inadequate sensitisation—leading to the stigmatisation of people with mental health issues. Consequently, those in need of treatment put it off. The cost of therapy also presents a challenge.

According to a survey carried out by Egypt’s Ministry of Health in 2018, 25 million people—a quarter of the population—were suffering from a range of mental illnesses. Clearly, people did not have solutions to their mental health problems.

In 2014, Ahmed Abu ElHaz, an Egyptian software engineer, was in an accident that almost cost him his limbs.

Realising that he needed therapy after being discharged from the hospital, he found it difficult to get a therapist. And then the idea for Shezlong was born.

“I thought about how I could connect licensed therapists with anybody having mental disorders in a convenient, private, and anonymous way. So, I created a platform in 2015 with only three therapists,” says Ahmed Abu ElHaz, Shezlong Founder and CEO.

From Egypt to the world

Ruminating on how to tackle the problem, he considered stigmatisation, misconception, contradictions, and religious stance on mental health disorders and concluded that an online solution could help.

“Online therapy works in that area to provide online/video-based therapy to connect licensed and qualified therapists to anyone that has a mental disorder, private and anonymous.”

Abu ElHaz knew he had to erase people’s misconceptions about mental health if he was to solve the problem quickly.

“When I started in 2015, I had two missions. One, building a client base by providing online awareness campaigns about mental health and misconception about mental health. On the other hand, hiring qualified therapists to provide this service to the customers.”

With an initial focus on Egypt and other Arabic-speaking nations globally, Shezlong’s website was designed in Arabic. And then, Egyptian mental health specialists were hired to join the platform. And as Shezlong became a global product, English, Italian, Hindi, Swedish, Turkish, Greek, Urdu, Deutsch, and French were added.

The first mental healthtech solution in the Middle East and North Africa (MENA), Shezlong boasts over 300 licensed therapists and is used across 60 countries, with expats constituting 30% of its users.

Of course, Abu ElHaz later had help with Mohamed Alaa as the Managing Director, Mohamad ElShami as the Medical Director, and Shaheer Shaheen as the Chief Technical Officer (CTO).

According to Abu ElHaz, the platform runs on a secure technology because user privacy is important. In the coming months, a chat interface will be integrated into the platform to speed up client-therapist conversations.

Clients can access the Shezlong platform via different apps—the Shezlong App and the Shezlong – Therapist App—available on the Google Play Store and App Store.

Unlike most fitness/health apps that require a lot of information, users can sign up by providing just a username, phone number, email address, and password. For anonymity, they can also register with a nickname.

The app has a long list of therapists specialising in depression, anxiety disorder, psychotic disorder, and addiction, among other issues. Each doctor can bill per hour or for every 30 minutes spent with a client. The range per hour is between $20 and $75; however, it varies across locations. Outside Egypt, the average is $30, and in Egypt, it is $20.

After some iterations over the years, Shezlong has evolved and settled with a relatively affordable revenue model. Abu ElHaz explains how this works both for individuals and companies.

“We take 30% from each psychotherapy session, and we have another model for corporates. We make corporate deals to provide our awareness programme for their employees.”

The platform currently has 83,000 unique subscribers who either use it on a pay-as-you-go basis or subscribe to the available bundles.

Clients can choose their therapists in most cases. However, in some cases, recommendations are made after they fill an 18-question questionnaire to determine their state.

In 2020, healthtech platforms attracted more users by incorporating telemedicine into their services to reduce hospital visits. If anything, it was also a good period for Shezlong to increase its user base by 350%.

Abu ElHaz believes that the startup currently has no threat from competitors as he can only point to two new similar solutions that only launched recently. However, he mentions how they often collaborate to raise general awareness about mental health in the region.

Abu ElHaz says the platform will soon include health insurance into its services.

“In Egypt, unfortunately, health insurance doesn’t cover mental health. But in the MENA region, in some other countries, we are now contracting with these insurance companies to provide our service to them.”

Abu ElHaz calls the platform’s offering a 360-service that provides services that transcend the treatment of mental conditions.

There is an attempt to increase awareness by providing articles on psychoeducation in a magazine. Psycho assessment is also available for people experiencing depression, anxiety, burnout, or similar feelings. And where needed, they proceed to have one-on-one sessions with therapists.

At every session, a therapist can offer services ranging from consultation to diagnosis to referral to a health facility or treatment and follow-up.

Not just a team of techies, Shezlong has a medical personnel team to ensure that only registered therapists practise on the platform. This team also checks the excesses of the therapists and calls them to order.

To carry out quality assurance on therapist-client conversations—which are not recorded—customers are asked to give honest feedback after each session with a therapist.

“Our customer success team ensures that after each session, they take the review of the customer to know whether the therapist provided good quality or not.”

He adds that if it’s a problem that involves the medical team’s intervention, they will be contacted to take relevant actions towards the therapist. And of course, clients can rate the services of the therapist on the app.

For Abu ElHaz, the main challenge is hiring technical talents to manage the platform.

“African talents are seen travelling abroad, so now we are hiring from India; they have available and committed talents. This is our strategy.”

The entrepreneur says getting investor interest hasn’t been an easy task either.

“In Africa, we don’t have specific investments for healthtech; the majority of investments come to car-hailing and logistics.”

For him, it is hard to attract investors to the healthtech domain, much less mental healthtech.

Shezlong’s first-mover advantage in East Africa and other parts of the continent has seen it attract several investments from Africa and the MENA region. In 2016, it got $15,000 to push the first MVP from an accelerator program sponsored by the Egyptian Ministry of Communications and Information Technology.

To power its operations during the pandemic in 2020, Shezlong got $450,000 from Asia Africa Investment & Consulting (AAIC), a Singapore-based investor focused on healthcare startups in Africa. Also in the same year, it got a $100,000 grant at Expo 2020 Dubai.

Going forward, Abdul wants to focus outside the continent to draw more funds.

With respect to getting more talent, the startup will soon include the hiring model—a new model—focusing on bringing in talents from outside Africa.

Shezlong is currently in the process of raising a Series A round, expected to close in Q2 2020, towards expansion to Saudi Arabia.